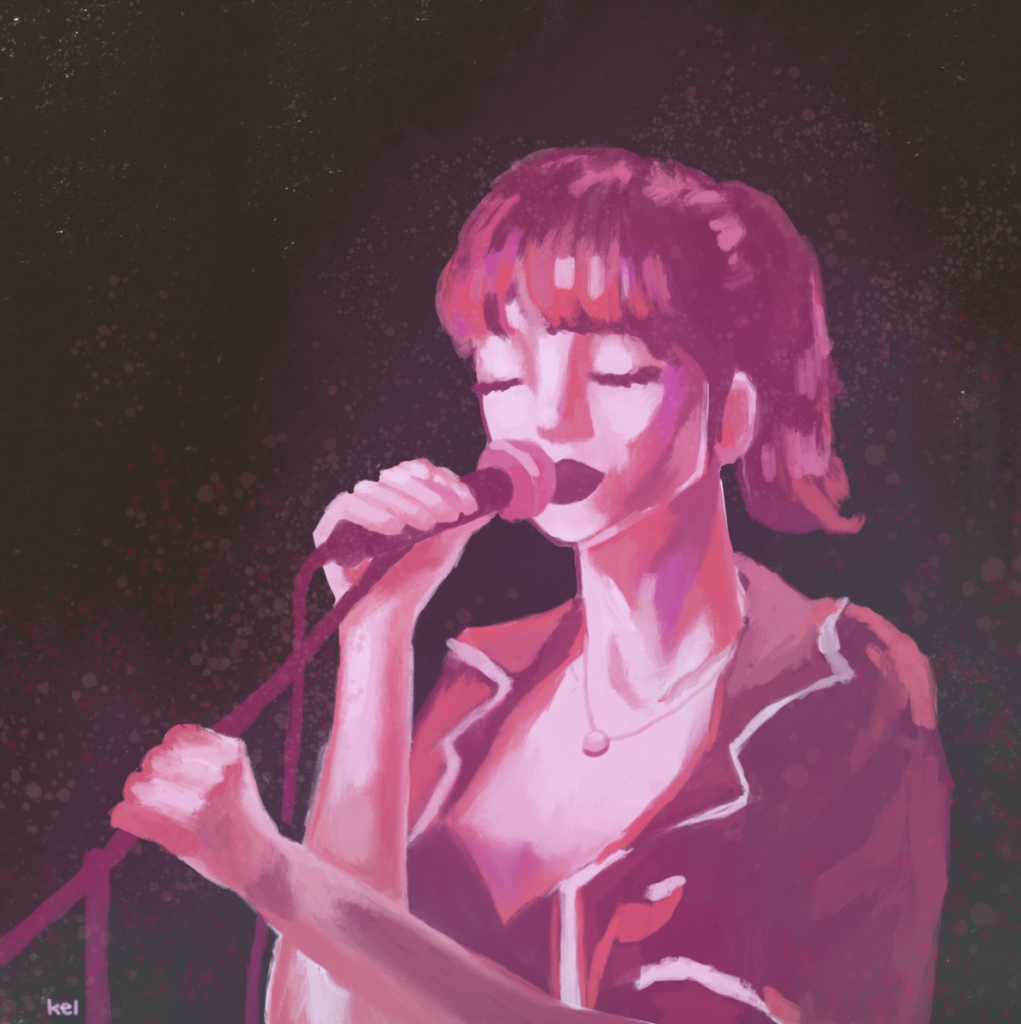 Going through your music library, skipping every song, nothing seems to stick. Even if you’re listening to recommendations, nothing has that sound that grabs you in and doesn’t let go. I remember going through Spotify’s “Made for You” playlists thinking, “Wow, these algorithms really think I’m going to like this?”

That was until “I Like It” by The Marías came on. The quiet introduction into a funky drum and synth beat led me into lead singer María’s breathy soft yet definitive voice singing “physical…”

The song had psychedelic melodies, an infectious tempo that kept my foot bobbing and a nostalgic but entirely new sound at the same time. The rest of their discography consisting of “Super Clean, Vol I” and “Super Clean, Vol II” continues this energy of funky, soulful, jazzy, psychedelic and mesmerizing vocals.

The LA-based psychedelic-soul group began in 2016 after the fateful meeting of singer María, going only by her first name, and drummer and now romantic partner, Josh Conway. The rest of the band includes trumpeter Gabe Steiner, guitarist Jesse Perlman, pianist Edward James and bassist Carter Lee. Since then, they have been blessing ear drums and curating an aesthetic reminiscent of a different time.

Their unique inspirations and backgrounds have gifted them with masterful tools to mold their sound into a beautiful blend of what makes them them. Born in Puerto Rico and raised in Atlanta, María’s background comes out splendidly in their songwriting where she pulls from her Latin origins to skilfully transition between songs in Spanish and English. (Although, it was Conway who approached her first with the idea to make a song in Spanish, which would become “Déjate Llevar” on “Superclean, Vol I.”)

The Marías performed a captivating, sensual and vivacious set Saturday night at Santa Barbara’s SOhO Club. Niña opened for The Marías, delivering a solid set of smooth indie to warm up the crowd.

As everyone anxiously waited, a D’Angelo backtrack played over head, the lights dimmed and soft red light illuminated the stage in a romantic aura. The stage played to their aesthetic with a gold-framed classical painting and a dark silver women’s bust. Eventually, they emerged and were welcomed by the diverse, young and old crowd. Wearing what appeared to be a black bowling-style button-downs with pink trim, they further played into their retro posh old Hollywood look.

After the cheers subsided, the quiet keys of “Cariño” began to play, erupting another cheer from the crowd. The bassy guitar tabs entered adding to the funky rhythm, then leading to silence as María’s velvety voice is ushered in. The bilingual poetry enchanted the crowd to sway about, singing along word for word. The trumpet assured the crowd they were in for a fun night.

A soothing wave then overtook the crowd, transcending us into a dream like state with the lyrics, as a song titled “Only In My Dreams” should. María’s voice hypnotized the crowd and had us wrapped around her finger, every slight dance move or sway poured energy in the crowd. My personal favorite, “I Like It,” followed, throwing the crowd into dance.

Conway got the spotlight for his intro in “Superclean,” leaving  concertgoers swooning over his drumming and singing. As Conway and María  each other loving glances while singing together, we were able to understand the feeling these two put in when creating their music.

The soft synths of “Over the Moon,” María’s smooth ASMR-like voice and the red hues had the crowd even more in love. “Let’s get groovy!” someone in the crowd shouted. “ABQ” followed, provoking another attendee to yell “This is baby-making music!”

To the crowd’s surprise, they began their cover of Britney Spears’s “Baby One More Time,” which retained that fierce quality of the original song but had the soft, classy feeling of The Marias.

Wrapping up their set with “Basta Ya,” the trumpet took the spotlight, creating a feeling like we were in a 50’s jazz club.

To no surprise, the audience cheered “Encore, encore, encore!” then “Otra, otra, otra!” Conway came out to talk a bit with the crowd and had everyone doing the Cha-Cha Slide.

The rest of the band came out, performing “Clueless” and “Loveboy,” ending strong with “Déjate Llevar.”  The crowd cheered and whistled for what truly was an incredible set.

With a psychedelic-soul sound, retro old Hollywood glamor and bilingual romance lyrics, The Marías have something organic and fresh that is just what we need. It strikes a tune within many of us and represents a creative force that draws inspiration from their backgrounds and history to make something we can all feel apart of.

As an independent band, we can be sure their creative process will continue to produce music that bends genres and has us feeling in love.