The Daily Nexus
Sports
The Greatest Shooter in the Game: An Ode to Steph Curry
May 17, 2019 at 3:22 pm by Omar Hernandez 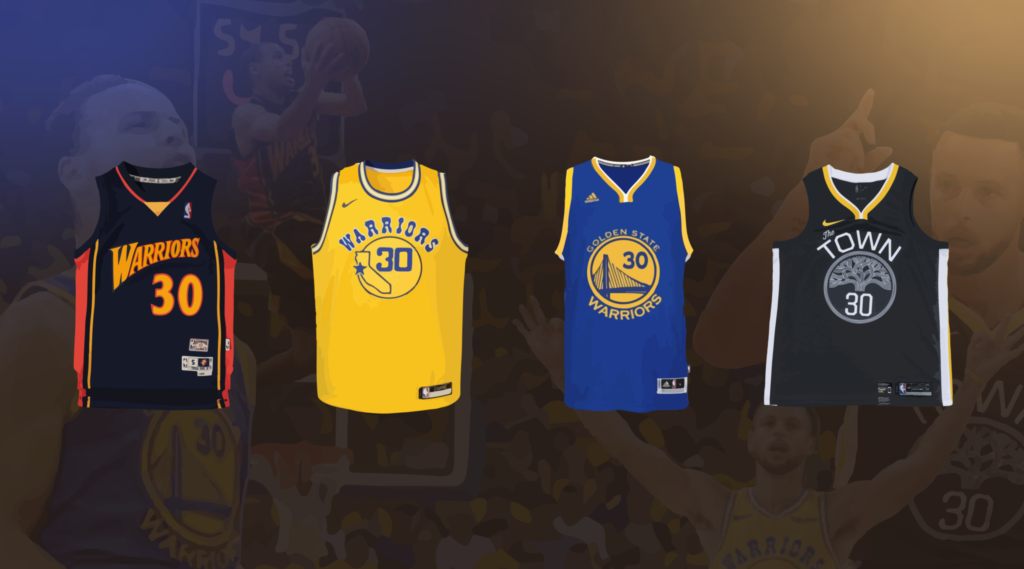 The Golden State Warriors point guard Stephen Curry has earned a bunch of nicknames throughout his storied career. Already a two-time (and once unanimous) MVP, three-time champion and “greatest shooter ever” by the age of 31, Curry’s career is almost perfect. He’s currently playing against his younger brother in the Western Conference Finals and is the son of former NBA player Dell Curry and former Virginia Tech Volleyball player Sonya Curry; to the casual observer it must look like he was destined for greatness. If you’ve followed him closely throughout the years, however, you would know that that wasn’t always the case.

I certainly didn’t think I was watching an all-time great player when I first really started following the Warriors my freshman year of high school. Up to that point, my knowledge of the Dubs mostly revolved around my older family members’s memories of the Run TMC era, being snuck into Oakland bars as a kid to watch the 2007 We Believe Team and being oddly drawn to shooting guard Kelenna Azubuike because of his awesome name. I certainly remember feeling furious that Monta Ellis didn’t get an All-Star bid, and venting with my stepfather when we traded him for Andrew Bogut. Still, other than my friends and I (regrettably) nicknaming Curry “Noodle Legs” because of his ankle injuries, none of the early memories of my Warriors fandom really involved him.

The Warriors were a plucky six-seed that year led by second-year coach Mark Jackson and Steph Curry, who had garnered national attention earlier in the season when he scored 54 points against the Knicks at Madison Square Garden. Most Warriors fans at that point had conceded that trading Ellis was the right way to go, but I personally still wasn’t sure how far Curry could take us. Little did I know that this would be the debut of one of the most dominant postseason players the game has ever seen.

Steph was on fire in the first round against the Nuggets, torching the Denver defense for two 30-point performances sandwiched around a 29-point game, and leading the Warriors to their first playoff series victory in six years. When he then turned around and dropped 44 points in the first game of the Western Conference Semifinals on the Spurs, the whole league was put on notice and people started to understand that this guard who had been hampered by injuries could really ball.

He elevated himself from a good shooter to a great player, and after losing to the Clippers in an emotionally charged first-round series in 2014, the stage was set for him to truly take his game to the next level.

And that’s exactly what he did.

Curry did more than just change public perception during his first MVP season in 2015; he actually shifted the landscape of the entire NBA. While old heads like Charles Barkley dismissed the eventual champion Warriors as a “jump-shooting team,” while an East Coast-biased media elevated teams like the Hawks or Cavs over the Dubs, while Houston fans and their team obnoxiously campaigned for James Harden to win the Most Valuable Player award —  Steph and the Warriors just kept on winning.

They eventually faced off against the “Grit ‘n Grind” Memphis Grizzlies in the second round of the 2015 playoffs, and as Curry sunk shots from the opposing free-throw line, it was almost as if we could see the passing of the torch right in front of our eyes. The Warriors’s ball movement, quick and smart defense and shot-making ability simply brushed off the outdated bully ball style of the Grizzlies, and it was all catalyzed by number 30.

Steph would end up leading the Warriors to a championship, following up with the greatest offensive season in history in which he averaged 30.1 points on 50/45/90 shooting and won a unanimous MVP. Being hampered by injuries and losing in seven games to the Cavs would also bring over Kevin Durant to create the best duo to ever step on a basketball court.

Two championships later, this is where we stand. Curry already has the resume of the second-best point guard of all time. He is the leader of the statistically greatest starting lineup in NBA history, ranks ninth in points per game in the playoffs and is blowing away three-point shooting records with ease. When Kevin Durant went down with an injury this year, it was Curry with 33 points in the second half of game six to bury the “rival” Houston Rockets and advance to the Western Conference Finals.

The only inconsistent part of Curry’s game now seems to be the criticism levied against him and his team.

While media talking-heads try to get their narratives together before another Warriors championship victory, Curry just continues to add to his legacy.

When his career is done, when the Warriors are back to being a middle-of-the-pack team playing in an overpriced San Francisco stadium, when their championship hopes are nothing but a memory, he will be talked about in the same way we talk about legends like Magic Johnson and Larry Bird.

We should be grateful that we get to see him in his prime now.