The Daily Nexus
Opinion
The Best Winner of Game of Thrones Would Be No One
May 16, 2019 at 2:55 pm by Sarah Garrett

If your obsession with HBO’s award-winning series “Game of Thrones” comes anywhere close to my own, then you’ve probably spent the last few weeks (or months) reading up on fan theories, scrutinizing details in episodes for clues, predicting character deaths and, arguably most importantly, trying to figure out who will actually end up on the Iron Throne.

Yet the more I think about it, the more I can’t shake the feeling that the sweetest ending to the show would leave no one on the throne. 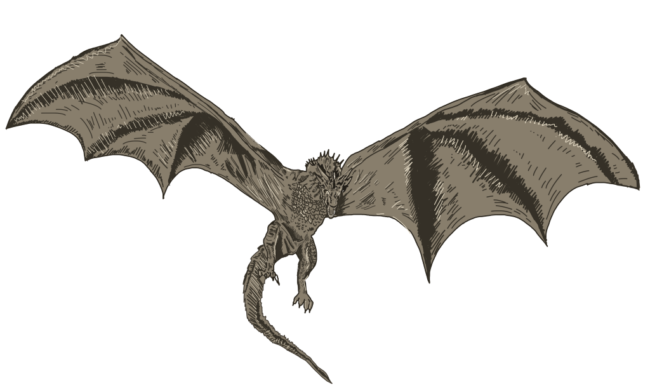 Now, it seems unlikely that a show all about the struggle for the throne would leave it vacant, or destroyed, or some variation thereof in the end. But it would be the best ending. “Game of Thrones” has, since the beginning, been a show about power struggles, greed, conquest and corruption. It has shown us (usually in painful and gory detail) the horrors that result from these tendencies, often at the expense of the life of a beloved character — Ned Stark, Rob Stark, you get the point already.

While “Game of Thrones” has never shied away from horror and tragedy, it has had a tendency to somehow, even in the darkest episodes, lead us in the direction of positivity and overall faith in humankind.

Let’s talk a bit about one of my personal favorite characters, our Mother of Dragons. I was frustrated by her decision to burn down King’s Landing in Sunday night’s episode, which, if you ask me, was really just poor character development on the part of the writers and merely served as a tool for necessary plot progression. But anyways, let’s take it back to our Khaleesi and Breaker of Chains, who promised to defend the innocent and make the world a better place.

Yet the more I think about it, the more I can’t shake the feeling that the sweetest ending to the show would leave no one on the throne.

We saw Daenerys’s strength and courage from Season 1 and on. We watched her intervene when Dothraki soldiers attempted to rape innocent women during a battle. We watched her liberate the entire Unsullied army and tell them if they wanted to fight for her that they would do it as free men. We watched her gain support from people from vastly different cultures who believed in her ability to be a fair and just ruler.

I had always hoped, up until recently, that Daenerys would end up on the Iron Throne. But despite her promising qualities and capabilities, her desire to take back the throne and rule the Seven Kingdoms makes her dangerous. It perpetuates the cycle of war, violence, greed and oppression. Rather than being the “best” candidate for the throne, I realized she was really just a lesser of many evils. Evils fueled by so-called destiny or bloodline or other harmful attributes. She could have been a great ruler, but her insistence that it was her right to rule, to take back the Iron Throne, made her unfit for the job since day one.

And so, our dear Khaleesi, by playing the game of thrones, you lost. You lost before you even started.

Maybe all of this is making you think that Jon Snow is perfect for the Iron Throne. Jon has said time and time again that he doesn’t want to rule. He never has. But I would be disappointed with him on the throne as well. The push for Jon to take the throne among characters only began after they discovered that he’s a Targaryen. I really don’t think the message of this show is that we should pick our rulers based on bloodline. I think Jon — or sorry, Aegon Targaryen, “true heir to the Iron Throne” —  becoming king would be a pretty lame ending.

But what about the other characters? Sansa Stark, Arya Stark and even Sam Tarly are all characters who have never ruled or tried to rule, yet have shown immense leadership, humility, strength and compassion. Maybe one of these characters would be best to lead the Seven Kingdoms. But the Seven Kingdoms can no longer be led in the same capacity that they have been for centuries. Accepting their place on the Iron Throne, even if they ended up making a great ruler, would send a message to the rest of Westeros that the violence and corruption we watched take place for years was permissible. That’s what it took to get them to the place to rule.

The Iron Throne, and all that it stands for, needs to be destroyed. It’s time for the game to end.

Sarah Garrett opposes autocracies in all forms, whether fictional or not.