The Daily Nexus
Science & Tech
Recapping Undergraduate Research Week
May 16, 2019 at 9:30 am by Sunidhi Sridhar 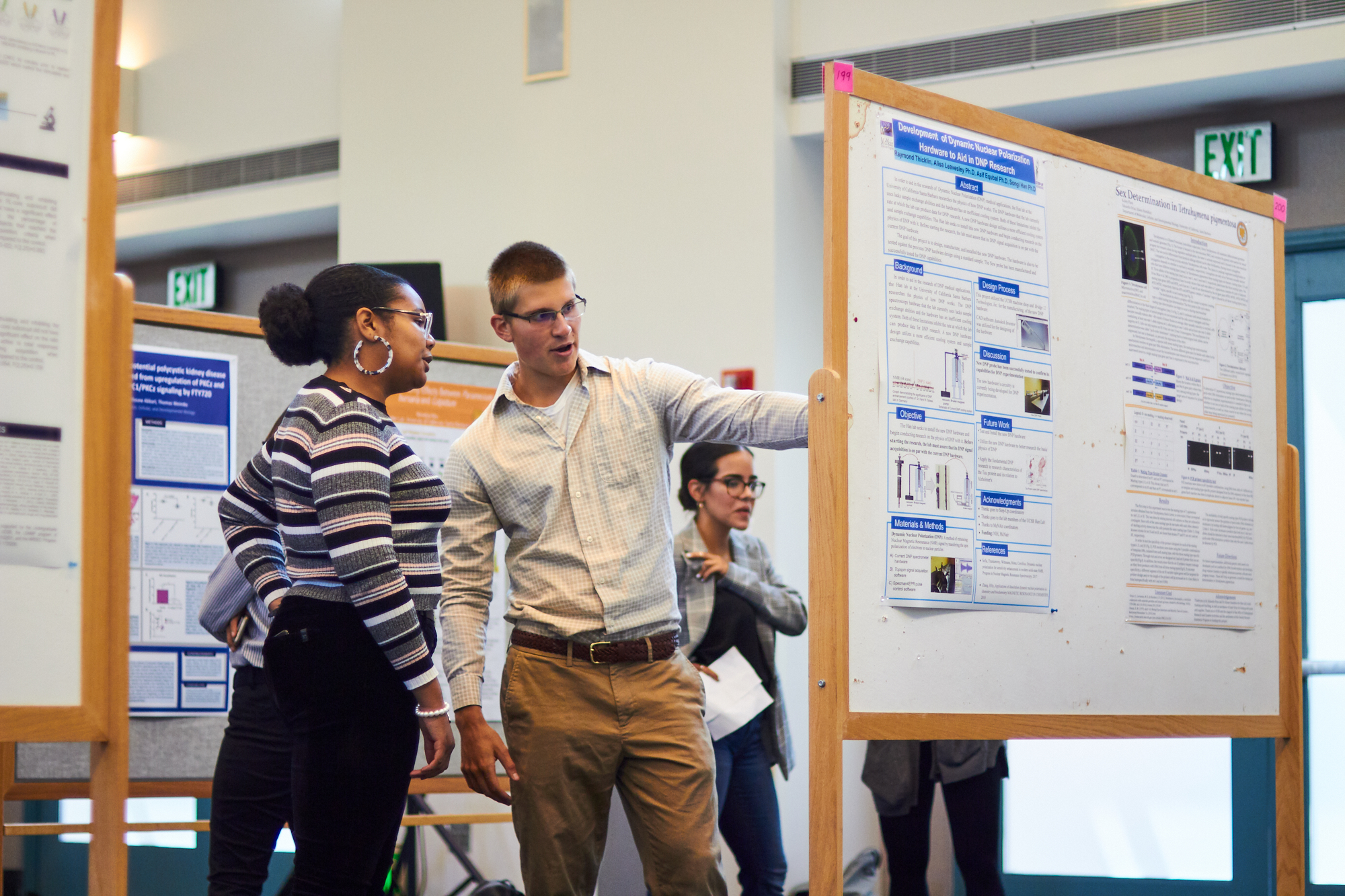 Every year, the UC system is inundated with hundreds of thousands of applications from prospective freshman and transfer students. In addition to the stellar academic programs and career prospects after graduation, students cite one aspect in particular as a major draw: research. Here at UC Santa Barbara, research plays an intrinsic role at the undergraduate level; over 56% of UCSB undergraduates are involved in research.

Undergraduate Research Week, which took place from May 6 to May 10, was a culmination of students’ hard work and dedication to their research projects over several quarters. Over the course of two days, students showcased their findings at one of two colloquiums — Math, Life and Physical Sciences, or Social Sciences, Humanities and Fine Arts — to their fellow peers and faculty members. These undergraduate researchers were also eligible to apply to be a part of this year’s Undergraduate Research Slam. 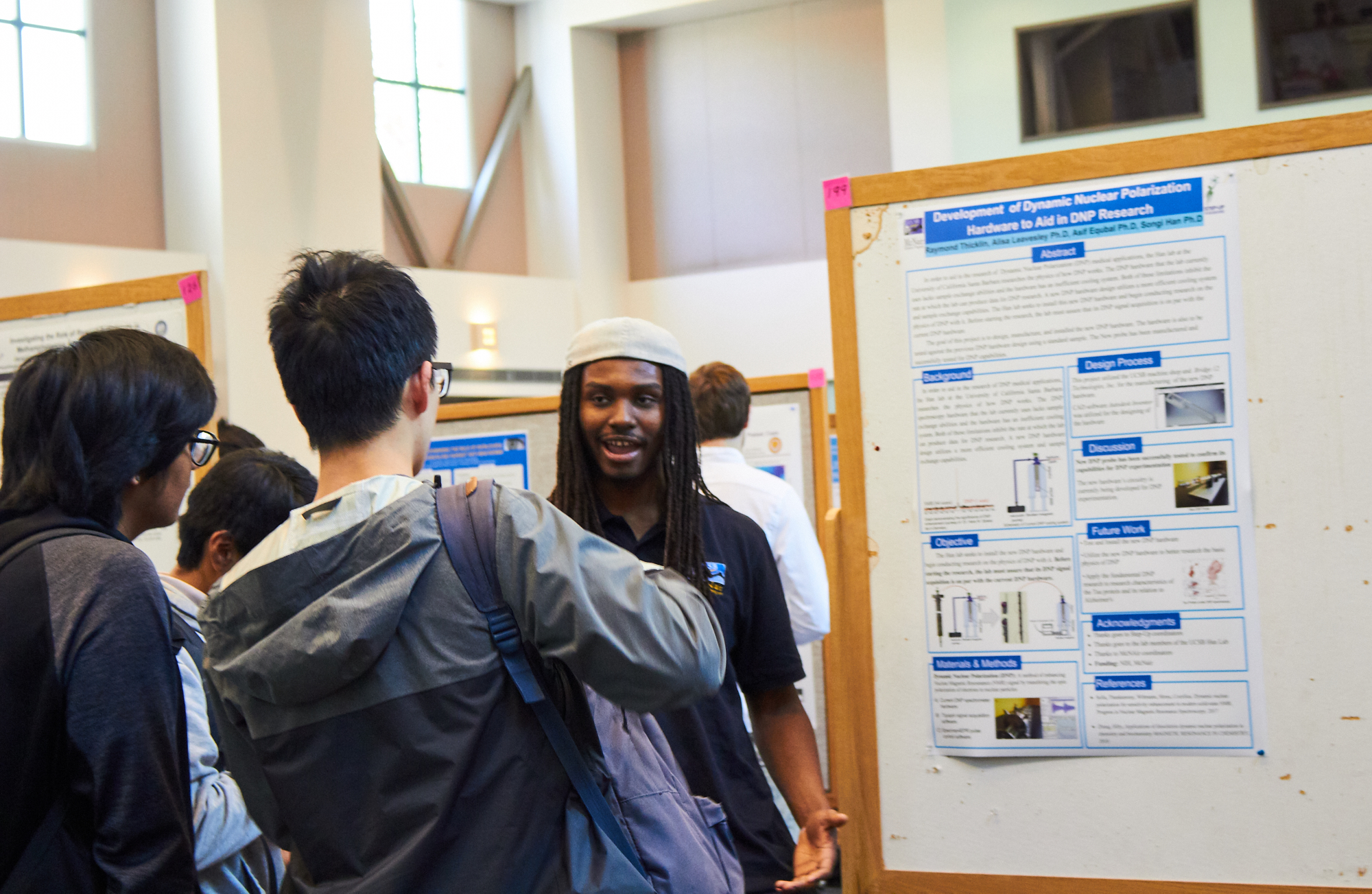 This annual event invites students to present their findings in three-minute speeches, resembling an elevator pitch, to a panel of judges. 50 students took part in the preliminary round, from which the top 15 participants advanced to the final round. The top three finalists receive research grants worth up to $2,500.

This year, the final round took place on May 9 at the Old Little Theater.

“Most people in Isla Vista don’t have a choice but to put their food in the trash, which eventually goes to the landfill. When food gets piled in the trash, it loses access to oxygen. When it biodegrades in anaerobic conditions, it produces landfill gases such as carbon dioxide and methane.”

Sitnikova acknowledged that while composting does require significant time and effort, she wants to educate people on its importance for the wellbeing of the planet. She highly endorses Isla Vista Compost Collective, a student-run organization that gives students compost buckets, shows them what is and is not compostable and picks up the food waste weekly.

“I surveyed 180 students living in Isla Vista and I found that while only 11% of them compost, more than half showed interest in receiving a compost bin,” Sitnikova explained. “I want to understand the factors that encourage participation but also the factors that make students hesitant to participate. I surveyed 46 participants in order to understand the weaknesses and strengths of the program. I’m hoping that this research will be useful in determining how to create campaigns that will encourage people to participate and also make it easy for them to do so.”

Fellow finalist Alexander Landry, fourth-year psychological & brain sciences major, conducted a social science survey in which he looked at the psychological impact of the 2016 presidential election on Americans.

“Those who were stressed by the results felt that the world had become more unfair, and they were less optimistic about the future. We also found that those who experienced stress during the election had lasting stress symptoms on a scale designed to measure PTSD.”

Landry’s findings inspired a different question: How did Americans cope with the stress? He found that people tended to frame their experiences in one of two contrasting ways. One of the participants in Landry’s study stated, “I felt optimistic about this country, but then the election happened. I was disgusted, depressed and shocked.”

Another participant admitted that while seeing Trump get elected was difficult, “good people are trying to come together and fight against all his hate and vitriol.” People who viewed the results of the election with the mindset of the latter participant tended to report a higher overall wellbeing and no lasting stress symptoms related to the election. 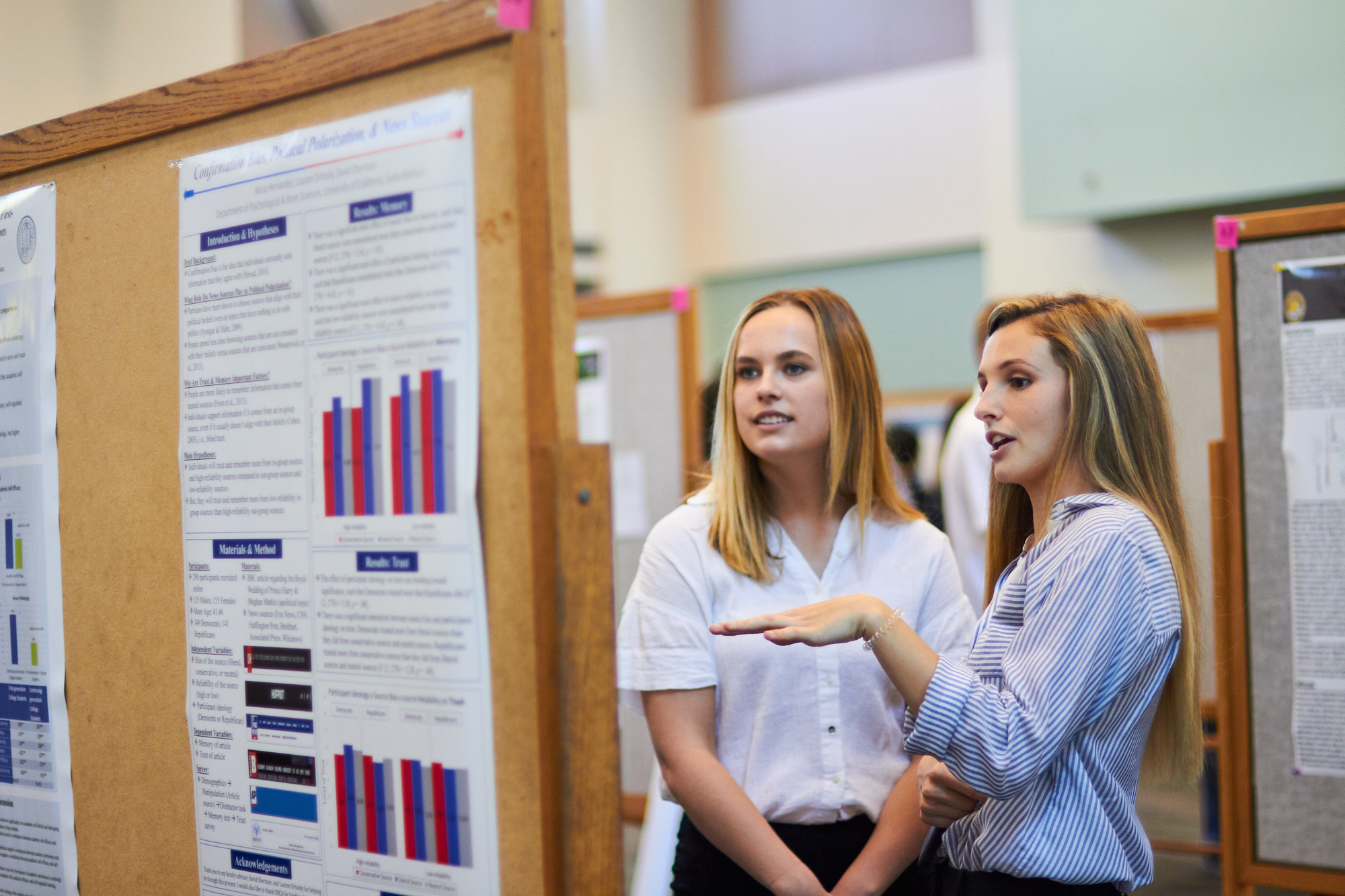 Fourth-year linguistics major Anusha Anand explored the social significance of media portrayal of minorities, specifically the portrayal of the Indian accent. She noted that Apu from “The Simpsons” is often called to mind when people think of Indian stereotypes, but most viewers do not know that the character is voiced by white actor Hank Azaria.

“Growing up Indian American, when I think of the Indian accent in a humorous context, my mind goes here,” Anand observed as she played a video of YouTube star Superwoman imitating her parents.

“Through a series of focus groups, I asked some questions to Indian American teens in the Bay Area. I asked them what they thought of Superwoman’s reenactment of the Indian accent, and the responses were overwhelmingly positive. One of the participants even demonstrated how she imitates her own parents. Both Superwoman and the teenagers in the focus groups were joined by their shared experiences of growing up Indian American with Indian parents. So the question we need to be asking is, ‘Why do we imitate the Indian accent?’ ”

Anand admits that the line between empowering portrayals and offensive portrayals of minorities in the media will never be entirely clear because no singular person can speak on behalf of an entire community. However, the responses she received through her focus groups allowed for her to reflect on her question in a different way.

“I did find for certain that with Indian Americans, the question of who can do the Indian accent is a lot less based on restriction by appearance but on the celebration of a unique shared experience.”

With every discovery, a new question emerges in its place, and the importance of innovative research cannot be overstated. In addition to being an excellent enhancement to any resume, it teaches students how to defend a statement with viable data and strong conclusions and how to translate their findings in a way that can be understood by the public. Boasting six Nobel Laureates and 12 National Research Centers, UC Santa Barbara is making remarkable contributions to the academic world every year, and Undergraduate Research Week celebrates the vital role undergraduate students play within UCSB’s research community.