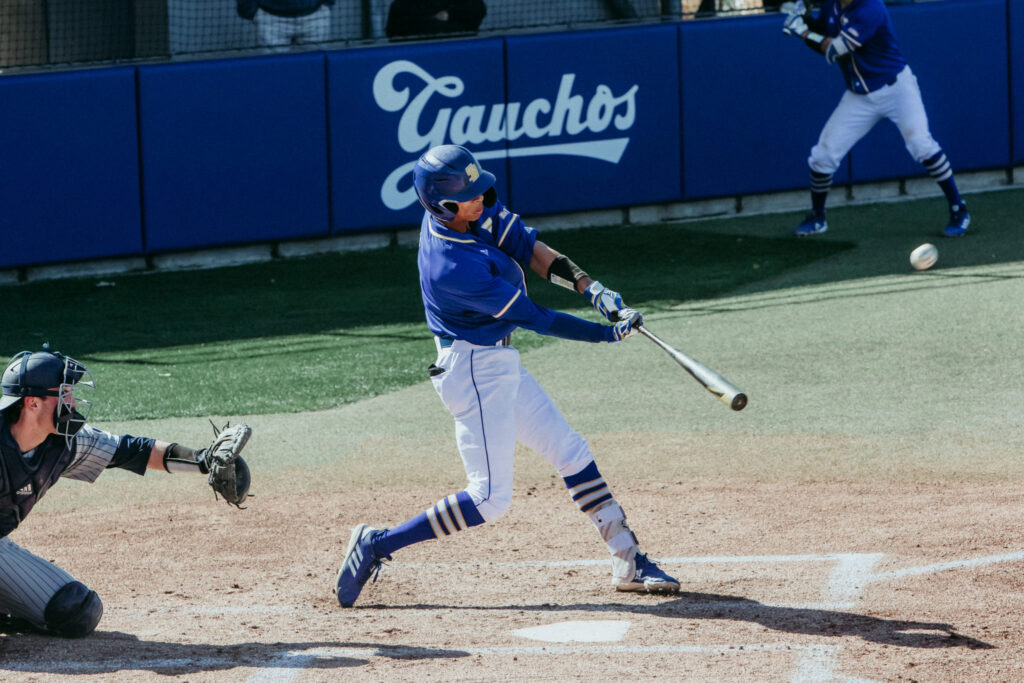 With three weeks remaining in the 2019 season, the No. 7 UCSB baseball team is still in prime position to make some history. Nine of the Gauchos’ remaining 10 games are conference contests, and the winner of the Big West title will likely come down to the last weekend which will pit UCSB against Cal Poly, teams that are tied for first in the conference with 12-3 marks.

Still, Santa Barbara cannot get too ahead of itself, even if it faces a Long Beach State team this weekend that sits dead last in the standings with a 5-10 Big West record and 11-35 overall mark.

Long Beach State is just two years removed from nearly reaching the College World Series before being eliminated by Big West foe Cal State Fullerton, but it is now on pace to have one of its worst seasons in decades.

The program also fired nine-year coach Troy Buckley on April 11 after a reported incident of workplace violence. Buckley was 260-231-1 during his tenure.

Since his firing, however, LBSU has managed to turn things around a bit. After starting the season 5-26, Long Beach State has won six of its last 15 games, including a sweep of UC Riverside — the only team to take two of three from the Gauchos this season — and nearly knocking off No. 1 UCLA this past Tuesday, losing in 12 innings 2-1.

That may not seem like much, but it does highlight about how far this program has come in just the past month of play.

In fact, even in those 15 contests, LBSU has tallied 130 hits which is about eight hits per game, a solid number.

Also, despite LBSU’s record, the team does put up a fight in each contest.

If a few more things go right for them in some of these games, LBSU might be contending for a title as well.

Regardless, UCSB should still roll through the Dirtbags. The Gauchos’ pitching staff has combined to strike out 399 batters this season, topping the Big West. LBSU strikes out a good amount with 323 on the year.

Also, Santa Barbara’s offensive firepower might be too much for the Dirtbags to even think of overcoming.

Right fielder Armani Smith has been on a tear lately as he currently owns a nine-game hitting streak. During that stretch, Smith has had five multiple hit games and gone an impressive 14 for 34 (.411) while also scoring seven runs.

Additionally, the Martinez, Calif. native has accumulated one fourth of his total RBIs this season in just the last nine games for a total of 10. Smith also has 10 homers on the season, second best mark on the team.

Also, the Gauchos have been especially tough to beat at home, owning an impressive 22-1 record in home games this season.

UCSB has won 15 consecutive games in Santa Barbara with the team’s last home loss coming on Mar. 17 against Cal Baptist. If the team can sweep, UCSB will have set a new program record for most consecutive wins at home in a single season.

The Gauchos last set that record in 2016 when they won 17 consecutive games. That was the same year UCSB went to its first ever College World Series. Coincidence? I guess we’ll find out.

First pitch between LBSU and UCSB will begin at 3 p.m. on Friday, May 10 at Caesar Uyesaka Stadium.