The Daily Nexus
Track and Field
Gauchos To Host Big West Conference Championships
May 10, 2019 at 11:55 am by Leonard Paulasa and Estef Zuniga 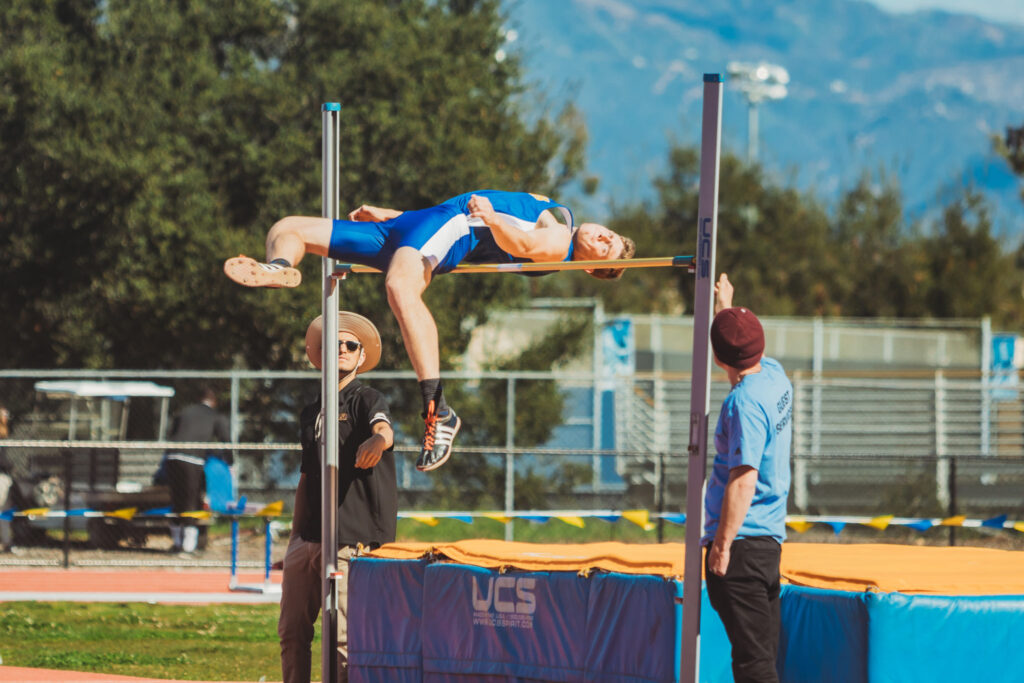 UCSB Track and Field prepares to compete in the NCAA Big West Championships this coming Saturday. The team will be following the successful weekend accomplished by seniors Hope Bender and Tyler Nelson during the multis, both of whom took first in the heptathlon and the decathlon respectively.

Bender was the favorite and successfully defended her title, winning the Big West heptathlon in back-to-back years. Meanwhile, Nelson reclaimed glory and made his return to the top after not having won the event since 2016.

Nelson scored 7,420 points while Bender broke the Big West conference meet record for the heptathlon with 5,814 points. Previously, former Gaucho and U.S. Olympian Barbara Nwaba set the record in 2012 by ending the heptathlon with 5,709 points. This is the first time since 2012 that two individuals from the same school won the decathlon and heptathlon at home.

The Gauchos have been consistently improving throughout the season with many members setting new personal records, or PRs, and also cementing themselves in UCSB history by breaking school records. Junior Chloe Cox placed herself 10th overall in the 3000 meter steeplechase with a time of 10:49.94, and Bender had yet another record to break placing her 5th overall in our 400m record with a time of 54.68s.

“Winning at home was absolutely as special as I have ever imagined, and having friends and teammates there who don’t usually get to watch the multi was even more amazing,” Bender said. “Getting to close out my Big West heptathlon career with a win was icing on the cake and a huge boost going into the weekend.”

Bender’s success can be attributed to her hard work and dedication throughout her running career, as well as her drive to improve that has existed since her high school days.

“[My passion] started out in high school when I realized that the harder I worked, the faster I got, and that become kind of addicting,” Bender said. “I love training, and even on the long and hard days I love walking away with a sense of accomplishment and like I got better on that day. I think that’s what keeps me going: little victories each and every practice

Sophomore Sam Pica also had a strong performance during the Bryan Clay invitation, placing second only behind Nelson. He translated this performance with a 5th-place finish in the multis this past weekend, but look for him to make his mark in the 4×400 and the long jump. Bender already holds the majority of the women’s track and field records, but look for her to close out her last Big West tournament with a bang.

The success the team has had throughout the season has been remarkable. The season is slowly coming to a close, but expect them to represent the school with pride and fight for the championship.