The Daily Nexus
Artsweek
UCSB Holds Fourth Annual Women in Media Conference
May 9, 2019 at 12:06 am by Morgan Wiitala 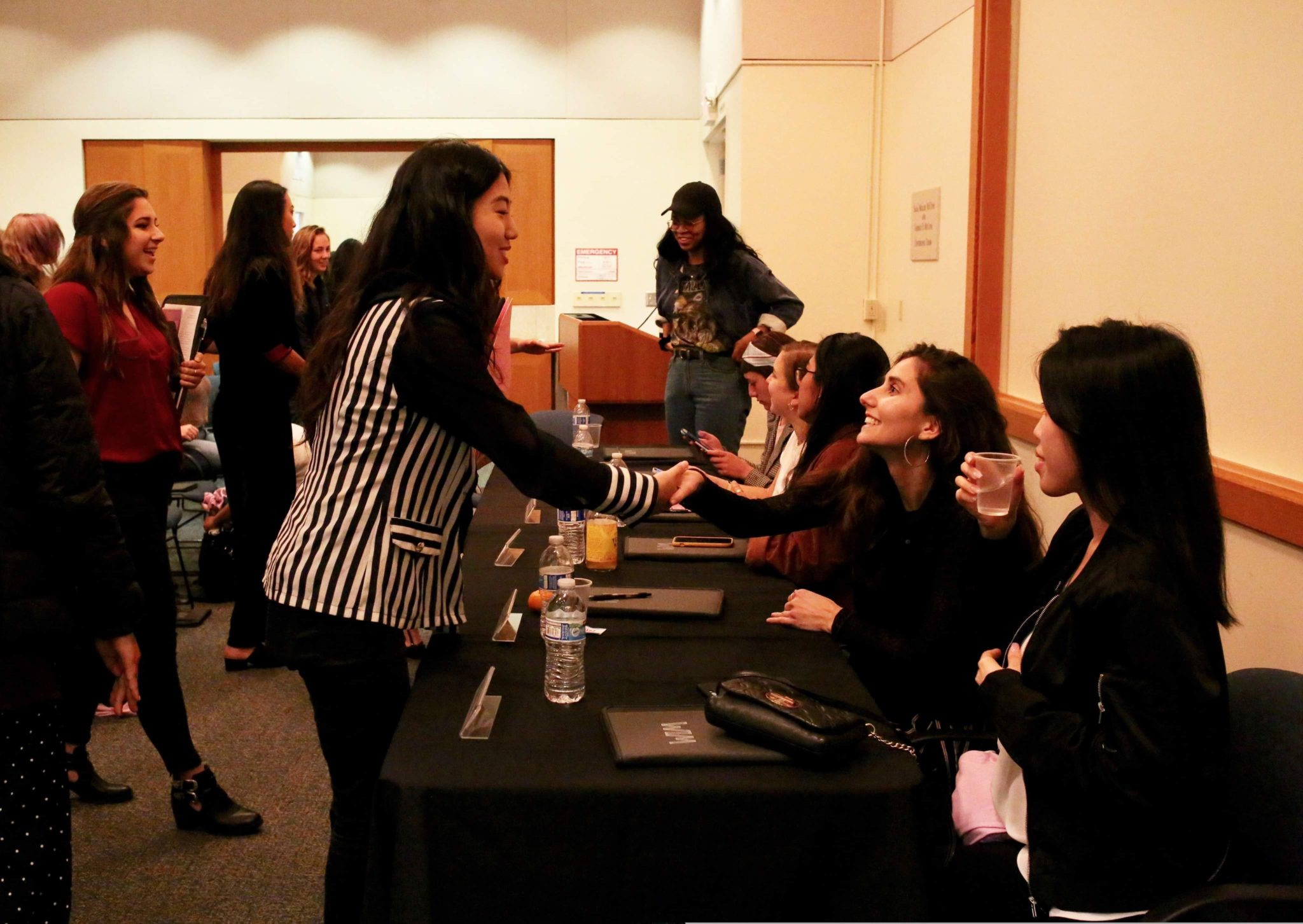 The fourth annual UC Santa Barbara Women In Media conference was by all means a success. The conference was held on April 27 and 28 in the McCune Conference room at UCSB’s HSSB building.

Women In Media, or WIM, is a student-run group that seeks to educate and empower students on the kinds of careers women in the entertainment and media industry occupy. It is also a wonderful networking opportunity as students can learn about potential careers and job opportunities in the professional world.

This year’s conference featured a variety of panels which offered a wide spectrum of careers for students to learn about.

The first panel was “First Few Years,” which had alumni panelists discuss their experience and what it’s been like breaking into the entertainment industry. Paloma Lamb, a writer’s production assistant at Universal Cable Productions, recommends connecting with people from LinkedIn. She attributes the networking site to helping her land her first job. After the panel, students and attendees were encouraged to converse with the guests and ask questions.

The other panels that day included a screenwriter panel, a producer panel, a hiring workshop and a live entertainment panel.

The screenwriter panel included Kit Steinkellner, the daughter of Professor Cheri Steinkellner. Steinkellner talked about her hit show “Sorry for Your Loss,” which airs on Facebook Watch and stars Elizabeth Olsen. Steinkellner eagerly told the audience about how excited she was to create and write her show. One takeaway from this panel was to go with your gut and produce content that you’re passionate about, even if it doesn’t appear very marketable at first.

The next panel was the producer panel. Lindsay Liles, a producer on ABC’s “The Bachelor,” spoke about the importance of work-life balance. She worked hard to become a supervising producer, but she also knew she wanted to start a family. Liles insists that we, as women, must advocate for ourselves and be in a work environment that’s supportive of our goals in the way that “The Bachelor” has supported hers.

Members of the WIM committee also hosted a hiring workshop. They discussed what to include on a resume, how to dress professionally and other tips for the media industry.

The most racially diverse panel from the first day was the live entertainment panel. Negin Singh, who’s in charge of events at the Santa Monica Pier, even commented on her delight that this panel did not have a title that focused on them being women of color. Singh also spoke on the importance of work ethic, noting that “if you’re a good intern, people will hire you.” She emphasized that being the first one to arrive and the last to leave does not go unnoticed.

The second day of the conference started with the new and digital media panel. One of the panelists included Megan Boykoff, a BuzzFeed video producer, who was adamant about the importance of taking risks. “So often the thing that scares you the most is exactly what you need to do,” Boykoff said. She was hesitant to leave her hometown and move to Los Angeles to work at Buzzfeed, but she took a chance. Boykoff also explains that she was interested in working at Buzzfeed because she found solace in their website and wanted to work somewhere where she could bring other people joy as well.

The next panel was marketing and public relations. Kira Lavac, a marketing and distribution coordinator for Sony Pictures Entertainment, spoke on the significance of good communication skills. Lavac maintains that college helped her to learn how to communicate efficiently. She recommends embracing the social aspect of college because it taught her how to manage individuals, and she applies these skills to managing people in the workforce. During this panel, the other panelists shared how UCSB’s professional writing minor was a great help in expanding their professional skill set, too.

The final panel, often a favorite among attendees, was the Leading Ladies panel. This panel included Becky Blitz, supervising producer for ABC’s “Shark Tank,” and Sahar Vahedi, director of development and programming at Blumhouse Television. The film industry is very male-dominated, and Blitz wants more women to have a seat at the table. “Women should not feel that there’s any job they can’t do,” Blitz said. Some women feel intimidated to take on jobs that men usually have, but there are women who are slowly moving into different fields and paving the way.

“Even though this conference is really young, it has grown exponentially better every year” Vista Darabian, a UCSB third-year financial math and statistics major, said. Next year marks the fifth annual WIM conference, and hopefully it’s the best one to come.