The Daily Nexus
Opinion
My Struggle to Master My Mindset
May 5, 2019 at 2:30 pm by Anabel Costa

In my 11 years of dance training, this was one of the things that became ingrained in me. My teacher used to tell my classmates and me that we should always look for the best dancer in the room and stand next to them. When I was younger, I took this advice to heart. I would stand next to whoever I thought was the best and aim to get my leg higher, do more turns or balance longer. This mindset led me to improve at a faster rate and to embrace challenges when I encountered them, rather than giving up when things got hard. 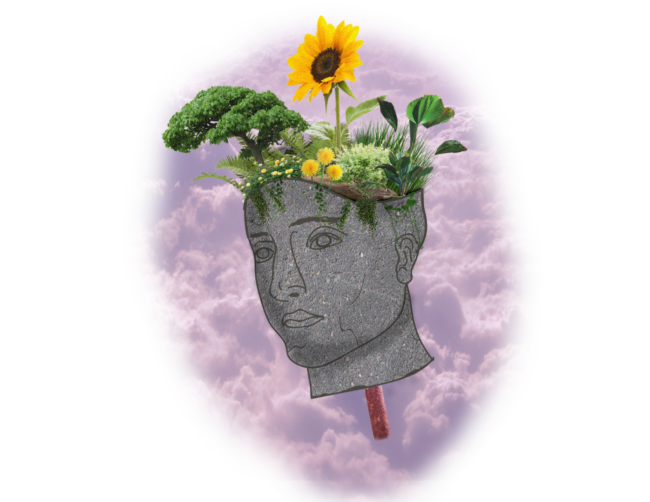 As I got older, this drive to challenge myself began to wane — I was jealous of people whom I perceived as better than me, and instead of using those people to motivate myself to improve, I got discouraged. I’m not sure why this change began, but I can only imagine it manifested from the mental health challenges I was encountering at the time. Toward the end of my senior year, I was stuck in a full-fledged spiral of self-doubt and negativity, and I couldn’t seem to find my way out. It was also around this time that I learned about growth mindsets and fixed mindsets.

In 2006, a psychologist named Carol Dweck published a book called Mindset: the New Psychology of Success. The book was the culmination of her research on fixed and growth mindsets. The idea is that someone with a growth mindset believes that their intelligence and skill can improve over time and with experience, while in contrast, someone with a fixed mindset believes that their intelligence and skills are fixed traits that cannot change. These beliefs are underlying, but they nonetheless dictate a lot about how we learn — Dweck’s research has shown that people with growth mindsets find more success and satisfaction in learning than those with a fixed mindset. But while this concept mainly focuses on the way we learn, Dweck also suggests that our mindsets can have a huge impact on other aspects of our lives as well, whether that be academic, professional or personal.

After learning about these different mindsets and finally acknowledging that my negativity was helping no one, I knew I wanted to make a change.

As I was learning about this research and the different kinds of mindsets, I began to recognize myself as a “fixed” thinker, but I also noticed that I wasn’t always like this. I remembered when I was younger and eager to pick myself up each time I fell down, and whether it was in the classroom or the studio, I wasn’t afraid to make mistakes. Somewhere between tutus and teendom, I lost my capability to bounce back from perceived failures. After learning about these different mindsets and finally acknowledging that my negativity was helping no one, I knew I wanted to make a change. But the question remained: how?

My fixed mindset made my first year of college very difficult. I found myself often discouraged and simply giving up academically. I took a math class in the winter of my freshman year, and no matter what I did, I couldn’t seem to overcome the overwhelming thought that I wasn’t good at math and never could be. I let the homework pile up and the self-doubt devour me. Remember: One of the identifying characteristics of someone with a fixed mindset is the belief that their baseline intelligence can’t be changed, and I was a textbook example.

Nearing the end of my first year, I was rapidly losing confidence in who I could be academically and artistically. It wasn’t until the next fall that I had my lightbulb moment. One morning I went to my dramatic writing professor’s office hours to tell her I was excited to write but I was worried that I sucked, and she said something along the lines of “everyone sucks until they don’t.” It took me a while to warm up to the idea, but eventually I came to the conclusion that it’s OK to suck; in fact, everyone sucks at some point, and especially at the beginning. In that class, I delved into the world of podcasts about writing and books on dramatic writing, and I discovered three fundamental truths: 1) first drafts always suck, 2) you will face a lot of rejection, 3) the only way to be a good writer is to write. Learning these things through the lens of writing — something I love and am very sensitive about — made me realize that they apply to everything. No one is born an amazing writer — they have to work and persevere and practice endlessly. No one is born amazing at math either. Or ballet. That’s not to say that some people don’t have natural proclivities toward certain subjects; of course, some people are born with arches that are perfect for pointe shoes or a natural sense of rhythm in their writing. But even with those proclivities, it takes work to be great.

It’s OK to suck, and skills and intelligence are not stagnant — we can always find ways to improve and grow.

Of course, my mindset hasn’t changed overnight, and there are many days when I feel like I’ll never be a great writer or that my arabesque will never get higher. But in those times I have to remind myself that it’s OK to suck, and skills and intelligence are not stagnant — we can always find ways to improve and grow. The best advice I can give to anyone struggling to motivate or believe in themselves is to welcome criticism and failure, because it can only make you more resilient.

Anabel Costa wants her fellow Gauchos to be fearless in the face of sucking and to grow from their failures.

Please, please consider carefully the worth of the “information” you receive from pop psychology (i.e., 90% of the field). Mindset? I wager a month’s pay Dweck cannot give a coherent definition of “mind” much less what it means to set one. Of course one can argue mindset is a metaphor. But a metaphor has a referent and I challenge anyone to provide a justifiable interpretation of what the metaphrand consists in. As an aside, psychology is not, despite assertions and department names to the contrary, a science. So, if you desire scientific (which is, at best, one way of encountering… Read more »