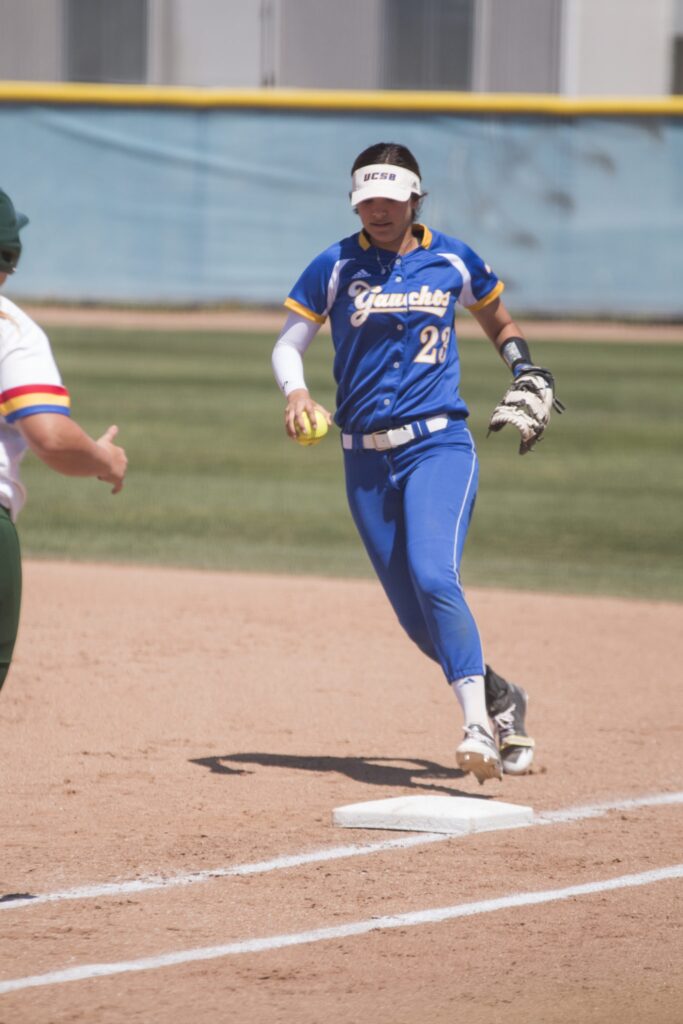 UCSB was unable to keep CSUN’s offense at bay as the Gauchos dropped all three games at home against the Matadors last weekend.

After the conclusion of the series, the Gauchos fall deeper into the doldrums of the Big West at 2-13 in conference and 8-38 on the season. With the sweep, the Matadors improve to 8-7 in the Big West and 24-24 overall.

The most obvious takeaway from this series is that the UCSB pitching staff was unable to slow down a very good CSUN offense, leading the Gauchos into a hole that they were unable to dig themselves out of. The Matadors outscored the Gauchos 21-7 over the course of three games and never trailed over that stretch. The pressure of playing from behind combined with solid pitching performances by CSUN put UCSB at a major disadvantage for the duration of the series.

Game one on Saturday was the most lopsided game of the entire series, as CSUN was able to score five runs on six hits in the top of the first inning to basically solidify the outcome from the start. Northridge’s bats were cooking the whole time as they finished with 13 hits as a team and with five players producing more than one hit. On the other side, Santa Barbara only managed six hits as a team; Sammy Fabian was the only Gaucho to record more than one hit as she went 2-4. The Matadors extended their lead to 8-0 in the fifth inning before RBI’s from Teah Thies and Devan Sperry brought the lead to 8-2 in favor of CSUN. The lead eventually ballooned back to 10-2 before the game ended and Northridge took a comfortable 1-0 series lead.

The second game played out in a very different way than the first but with a similar outcome. No runs were scored through the first three innings as Veronika Gulvin of UCSB and Kenedee Jamerson of CSUN both seemed comfortable early on. Northridge ended up striking first, putting up one run in the fourth and fifth innings due to a single and a sacrifice play. Santa Barbara then immediately responded as a Maci Finessingle and Melanie Menor double tied up the score at 2-2. Unfortunately, the Gauchos’ comeback effort fell short when CSUN put up three runs on four hits to go up 5-2 in the sixth inning and as UCSB did not record a hit for the rest of the game, ultimately falling in the second game of the back-to-back.

The series finale on Sunday continued the trend of the Matadors grabbing an early lead as they found themselves up 5-0 after four innings with the Gauchos having yet to record a hit against Jillian James, the ace of CSUN’s pitching staff. UCSB was finally able to retake the momentum and put some fear into CSUN for the first time all game as they racked up three runs on five hits in the bottom of the fifth, forcing a pitching change with the tying run at the plate. Still, the Gauchos were unable to come all the way back as Kenedee Jamerson came in and staved off the Gaucho comeback effort. The Matadors put up one more run in the sixth inning to extend their lead back to three, which proved to be insurmountable for Santa Barbara as they went on to win by a score of 6-3 and clinched the series sweep in the process.

The Gauchos will face UC Riverside next weekend in their final home series of the season, starting with a doubleheader at Campus Diamond starting at 1 p.m. on Saturday, May 4.