The Daily Nexus
Tennis
UCSB Set To Take On Texas Tech in NCAA Tourney
May 2, 2019 at 8:50 pm by Annika Pearson 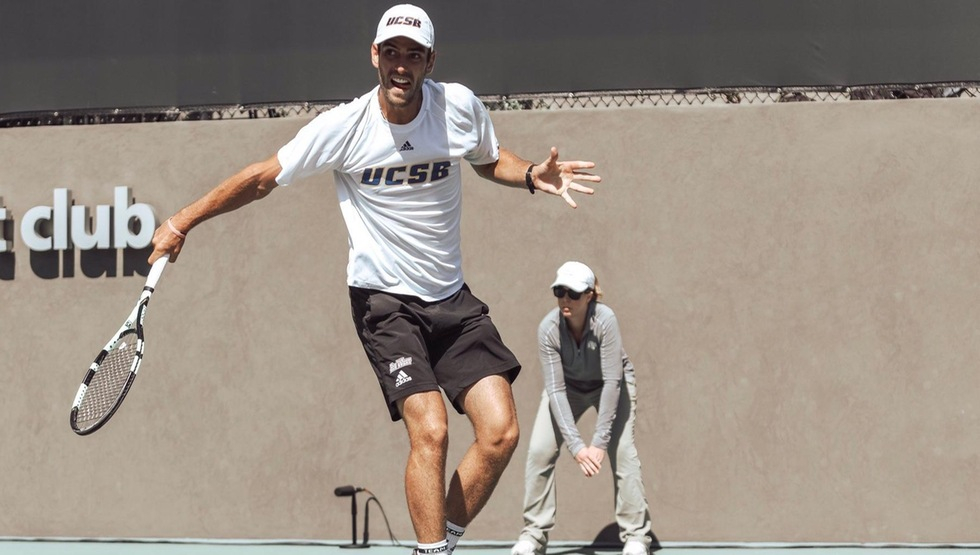 The UCSB men’s tennis team made program history last week, earning their fifth consecutive Big West Championship title; now, they are set to face No. 24 Texas Tech in the first round of the 2019 NCAA Tournament.

The Gauchos (16-6, 5-0) made their Big West sweep look effortless. Beating Texas Tech, however, will not come with as much ease.

The Red Raiders faced brutal competition over the duration of their season. Each team in the Big 12 Conference alone is nationally-ranked, including No. 4 Texas, No. 6, and No. 9 TCU. Texas Tech (15-11) earned an at-large bid into the tournament after finishing 2-3 in B12. Nonetheless, its repeated exposure to highly competitive programs—and being one itself—gives it an experienced advantage, one that Santa Barbara simply did not have the opportunity to develop.

UC Santa Barbara has only faced four nationally-ranked teams this season and only defeated No. 17 Oregon.

The Gauchos’ success so far, however, cannot be undermined so easily. Undefeated in league and boasting a .727 winning percentage, the team has unsurprisingly demonstrated how in many ways they mirror, if not exceed, the talent of Texas Tech as doubles and as individuals.

Santa Barbara brings four nationally-ranked singles and duos into this next match: No. 16 Nicolas Moreno de Alboran, No. 58 Joseph Guillin, No. 115 Victor Krustev, and No. 89 doubles Anders Holm and Moreno de Alboran.

Moreno de Alboran came into his senior season with the prospect of being one of the program’s best players, and his outstanding performance so far only solidified the claim. Of his last 14 matches, he has racked 12 wins. A local at the No. 1 court, the senior has also faced 14 nationally-ranked singles and more importantly has been triumphant over eight of them.

This experience will lend itself to defeating Moreno de Alboran’s likely opponent: No. 79 Parker Wynn.

Though at one point he was riding on eight wins in a row, Wynn only recently broke a four-game losing streak against Baylor’s No. 22 Johannes Schretter. Granted, the junior’s last six competitors have consisted solely of players ranked in the top 100.

For that reason, facing Santa Barbara’s co-captain may seem daunting, and rightly so, as Moreno de Alboran exceeds his and most of his recent opponents’ rankings.

At court one for doubles, fellow co-captain and senior Anders Holm joins Moreno de Alboran. Seasoned and consistently dominant, the two earned their ranking as a pair by no mistake. After taking out Cal Poly’s top duo on Sunday, the doubles achieved their eighth consecutive win.

The No. 89 senior pair significantly defeated the No. 17 doubles team Jacob Brumm and Yuta Kikuchi of No. 46 Cal Berkeley in a single 6-1 set.

Texas Tech’s most dominant duo, however, poses a massive threat to their streak. Ranked tenth in the nation, redshirt junior Bjorn Thomson and Wynn boast an impressive 28-9 record.

Before losing their last conference match, Thomson and Wynn secured arguably their most prized victory of the season against the No. 1 doubles team in the nation, No. 6 Baylor’s Sven Lah and Jimmy Bendeck.

The two were recently selected to participate in the NCAA Singles and Doubles Championship in May.

Holding down the two and three courts for the Gauchos are No. 58 Joseph Guillin and No. 115 Victor Krustev. Likely, the junior and sophomore will face No. 108 Tommy Mylnikov and Ilgiz Valiev.

As for the rest, Santa Barbara will need to successfully utilize their built-up momentum in order to take out Texas Tech and exceed the first round of NCAA.

Though as a program the Red Raiders are threatening, the UCSB team has the skill on both the doubles and singles levels to carry out an important win. The Gauchos will get this opportunity this Friday at 11AM in Palo Alto.