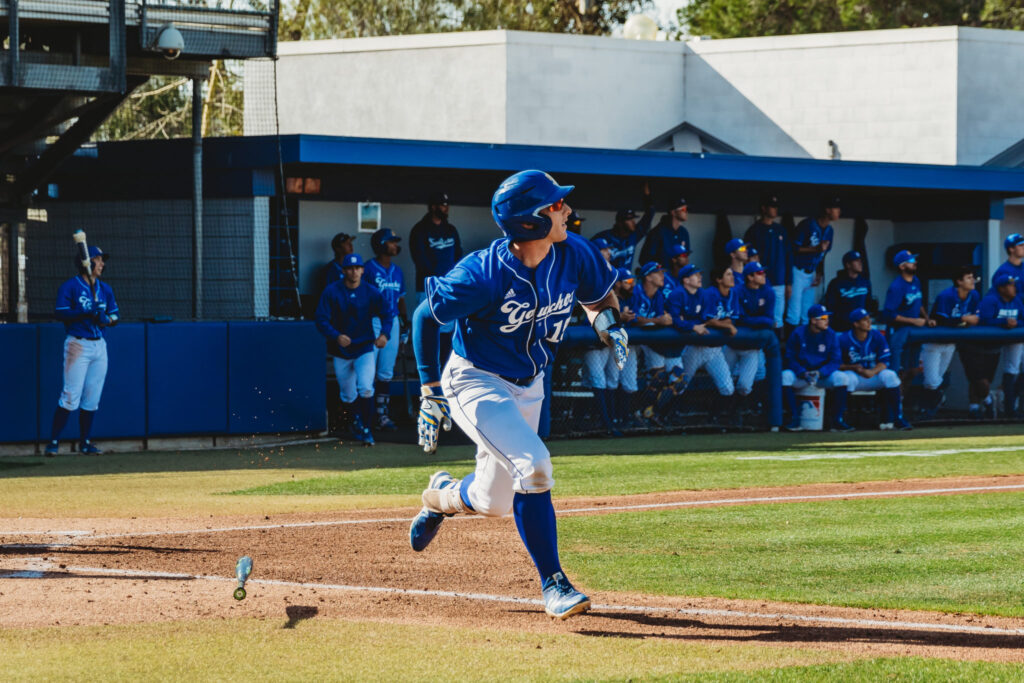 Last week was a bit of a wake-up call for the No. 8 UCSB baseball team. Santa Barbara traveled to UC Riverside with a bunch of momentum, riding the high of a program-best 13 straight wins.

What met them, however, was a swift punch in the face as the Gauchos stumbled losing their first conference series of the season, dropping two of three against the Highlanders.

Because of that, UCSB dropped to second in the Big West standings with a 9-2 conference mark. Following a win at home versus CSUB on Tuesday, Santa Barbara is 33-7 overall.

This week, the Gauchos will have a similar test as they travel to face CSUN, a team that has had its fair share of struggles this year currently boasting a 19-23 overall mark and a 6-9  league record placing them in the bottom third of the standings.

Last week, really everything that could go wrong, did go wrong for UCSB. In losses on Friday and Saturday, the Gauchos were outscored by a combined score of 16-6.

On Friday, starter Ben Brecht took his usual spot on the mound for the Gauchos. Coming into the game, Brecht had pitched stellar, but that night he was anything but.

Brecht (7-1) suffered his first loss of the season following an outing that included allowing eight hits and seven earned runs in just four innings of work. The junior also had a season-low three strikeouts.

On Saturday, the story was the same for Jack Dashwood (6-1). The lefty suffered his first loss of the season following a 4.2 inning outing that involved him allowing nine hits and five earned runs. Dashwood did strike out nine batters but gave up a season-high two home runs in the same game.

The Gauchos will hope to get back on track this week facing a CSUN team that ranks seventh in the conference in batting average. The team sports just a .259 batting average.

However, when CSUN does get contact, it hits for power as its slugging percentage (.404) ranks third in the conference meaning Gaucho pitchers will need to make sure to not throw stuff right down the plate.

Also, last week UCSB pitchers were facing one of the best power hitters in the Big West in Conner Cannon from UCR. This week, CSUN does not really have a ferocious hitter such as Cannon.

The Matadors do have infielder Kyle Barret, however, and he certainly has had a solid campaign. He currently sports a .333 batting average and has drove in 25 runs. His 15 doubles on the season rank first in the conference.

CSUN still has other solid hitters across the lineup as it has four players in the top 30 of the conference in terms of batting average, but no one that really scares the opposition.

The Gauchos, however, definitely have those power hitters that scare the opposition. Even last week, UCSB still sprayed a bunch of hits, and in the one game the squad took at UCR, it exploded for 20 hits and 15 runs.

Sophomore shortstop McClain O’Connor was the man of the hour last Sunday at UCR as he had the game of his life batting 4 for 6 driving in four runs and scoring three times.

O’Connor is really one of the hottest bats on the team since becoming a consistent player in the lineup mid-March. In his last 14 outings, O’Connor has accumulated 20 hits and eight RBI’s. His .359 batting average would rank as one of the top among the conference if he had more at-bats.

Speaking of hot bats, outfielder Armani Smith has been on a tear. The junior currently holds a five-game hitting streak and in that same time span, Smith has gone 6-17 with three RBI’s. His 33 RBI’s rank third amongst the team while his eight home runs rank second.

Recently, Smith also hit the .300 club as he sports a .302 batting average thanks to his recent hitting.

Finally, Marcos Castanon made his return to the lineup last weekend and has been solid. The sophomore third baseman in his three starts has gone an outstanding 7-13 with three runs scored and one batted in.

For UCSB, this week is all about getting back on track. A nice midweek win really gave this team a little more confidence, but the truth is the Gauchos are far from a league crown. Cal Poly is coming hard so Santa Barbara needs to pick up these wins when it can.

UCSB will begin its three-game set versus CSUN at 3 p.m. on Friday, May 3 at the Matador Baseball Field.