Students, teachers, faculty and community members gathered on Thursday evening to remember the lives of the victims from the Sri Lanka bombings on Easter Sunday. 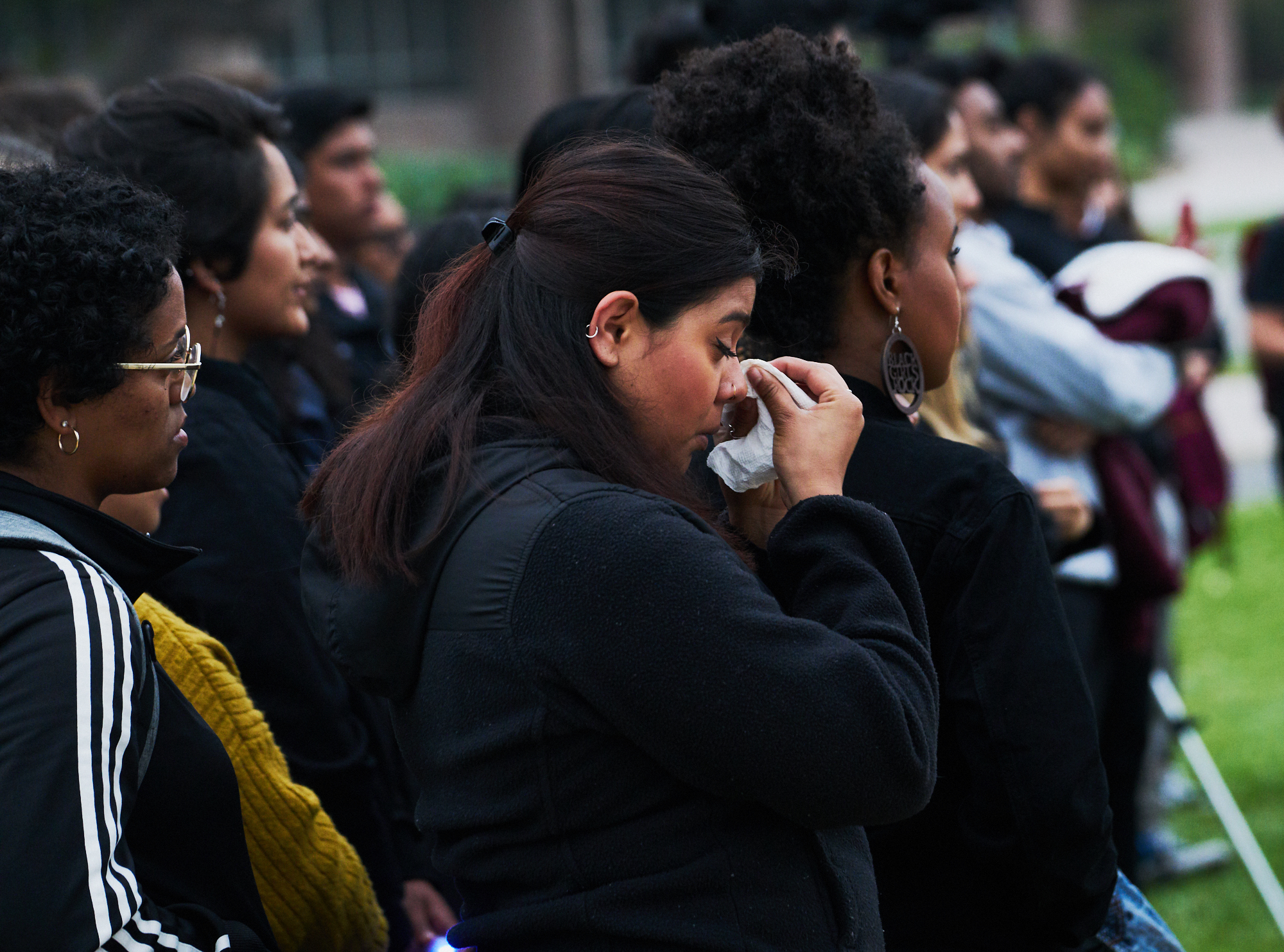 Around 80 people showed up at the vigil. Sicheng Wang / Daily Nexus

UC Santa Barbara’s Pan Asian Network and Indus, an on-campus group for South Asian culture and awareness, joined hands to put on a vigil attended by about 80 people. Throughout the vigil, organizers and speakers brought to light both the stories of the people who died as well as the strength, resilience and compassion of the Sri Lankan community.

Eight speakers took the stage that night, which included a handful of UCSB students as well as a high school student from the Santa Barbara area. Several faculty members and administrators also took time to share their sentiments, including Zaveeni Khan-Marcus, director of the MultiCultural Center, Chancellor Henry T. Yang and Vice Chancellor for Student Affairs Margaret Klawunn.

Vigil organizers passed out small, battery-operated blue light candles, which attendees switched on as they were placed in their hands.

UCSB student Dhishal Jayasinghe was one of the first to take the stage, during which he spoke about his childhood and various identities as a “Singhalese, Buddhist, Sri Lankan, American, asylum seeker who came here at the age of three years old fleeing war.”

Jayasinghe described his gratefulness for the people who showed up to support the bombing victims and urged the audience members to reject the destructive ideals of nationalism and instead opt for unity.

UCSB student Shobha Ambi, who spoke after Jayasinghe, shared her “frustration and sadness” with the crowd, tearing up as she expressed her disbelief at the scale of the tragedy.

“Any life lost is heartbreaking enough, but 253 lives is overwhelming on an entirely different level,” Ambi said. “My heart hurts for the victims whose lives were taken away so unjustly and for their families who are forced to deal with the consequences.”

Ambi recounted the stories of some of those who lost their lives on April 21, including that of an 11-year-old child. Ambi said she was disappointed by the lack of focus she saw on the victims of the attack, with more attention seeming to go toward the attackers and the Sri Lankan government.

“Does no one comprehend the death of how many lives were ripped away just four days ago? 253 lives,” Ambi said.

She echoed sentiments similar to that of Jayasinghe, stating that one doesn’t need to be Sri Lankan to understand the tragedy suffered by the community. 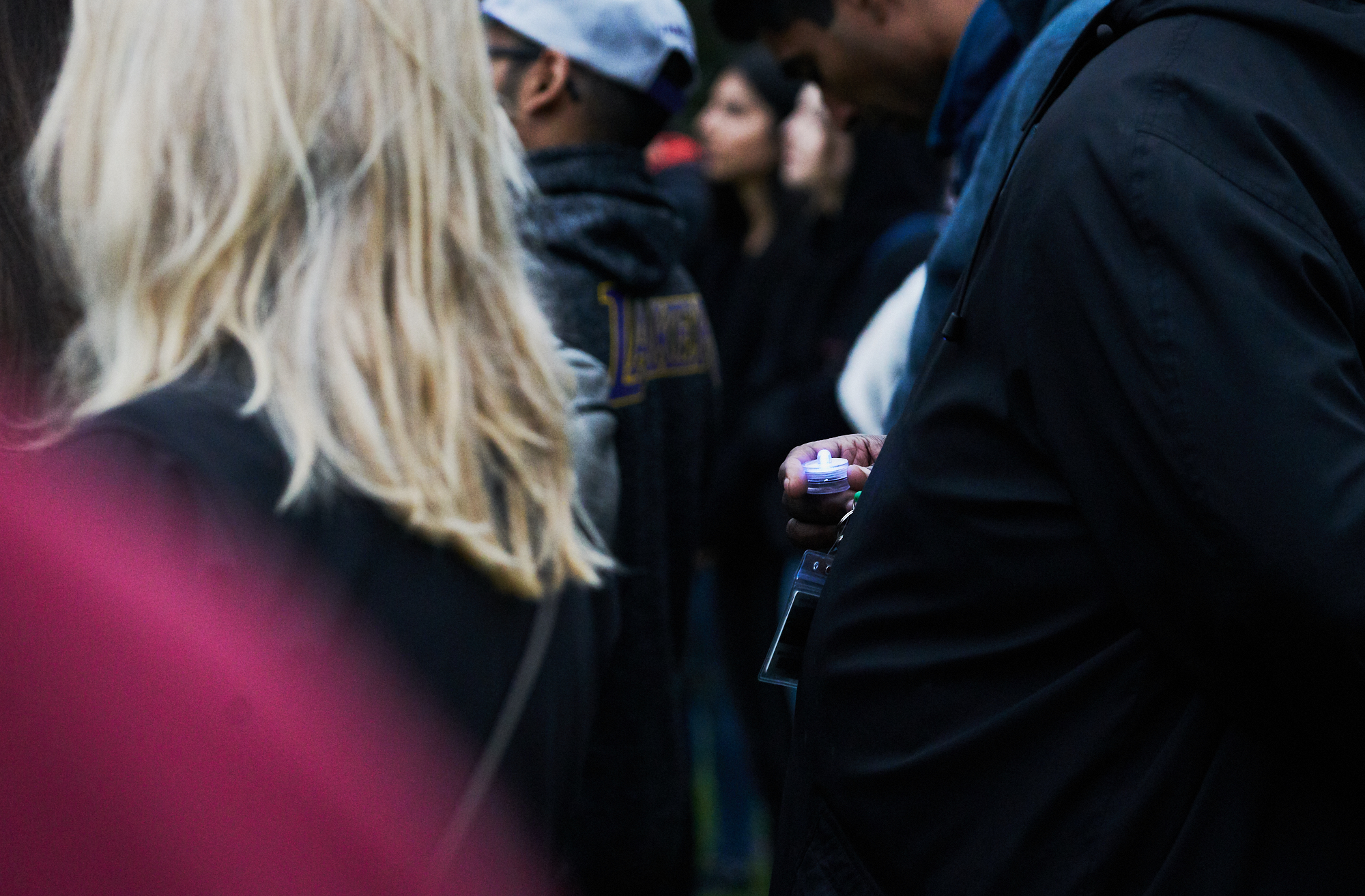 Another UCSB student, Huda Faiz, took the stage next, expressing her love for Sri Lanka at  the beginning of her speech. Faiz said that now, many people know her home only for the tragedies that have taken place there.

But to Faiz, it’s something much different.

“Sri Lanka to you is 253 lives that were lost and counting,” she said. “But Sri Lanka to me is the birds singing at the break of dawn. It’s the old man selling vegetables rolling his cart down my street calling for buyers at 6 a.m. It’s the fresh smell of morning tea and home-cooked coconut rice wafting from my aunt’s kitchen.”

Faiz said the community of Sri Lanka is one that is built upon principles of love, tolerance, acceptance and resilience. For Faiz, the power of the community to unite against the forces of intolerance is something that should be seen before the tragedies.

Faiz stressed the power that can be harnessed with love and community. She finished her portion with a Christian prayer.

At the end of the vigil, Jayasinghe returned to the microphone to share his thanks to the organizers of the event and the attendees. Attendees then returned their candles to a table in the center, where the small blue lights shone in the shape of the number 253.

Further photos from the vigil can be viewed here.