For the last 11 years, the intersection at Pardall Road and Embarcadero del Mar was rounded by the bulbous Flintstone bench. The sprawling piece of concrete, which could be found right in front of the Pardall Solar Parking Lot, was a haven for the tired legs of local residents.

Until it went missing. 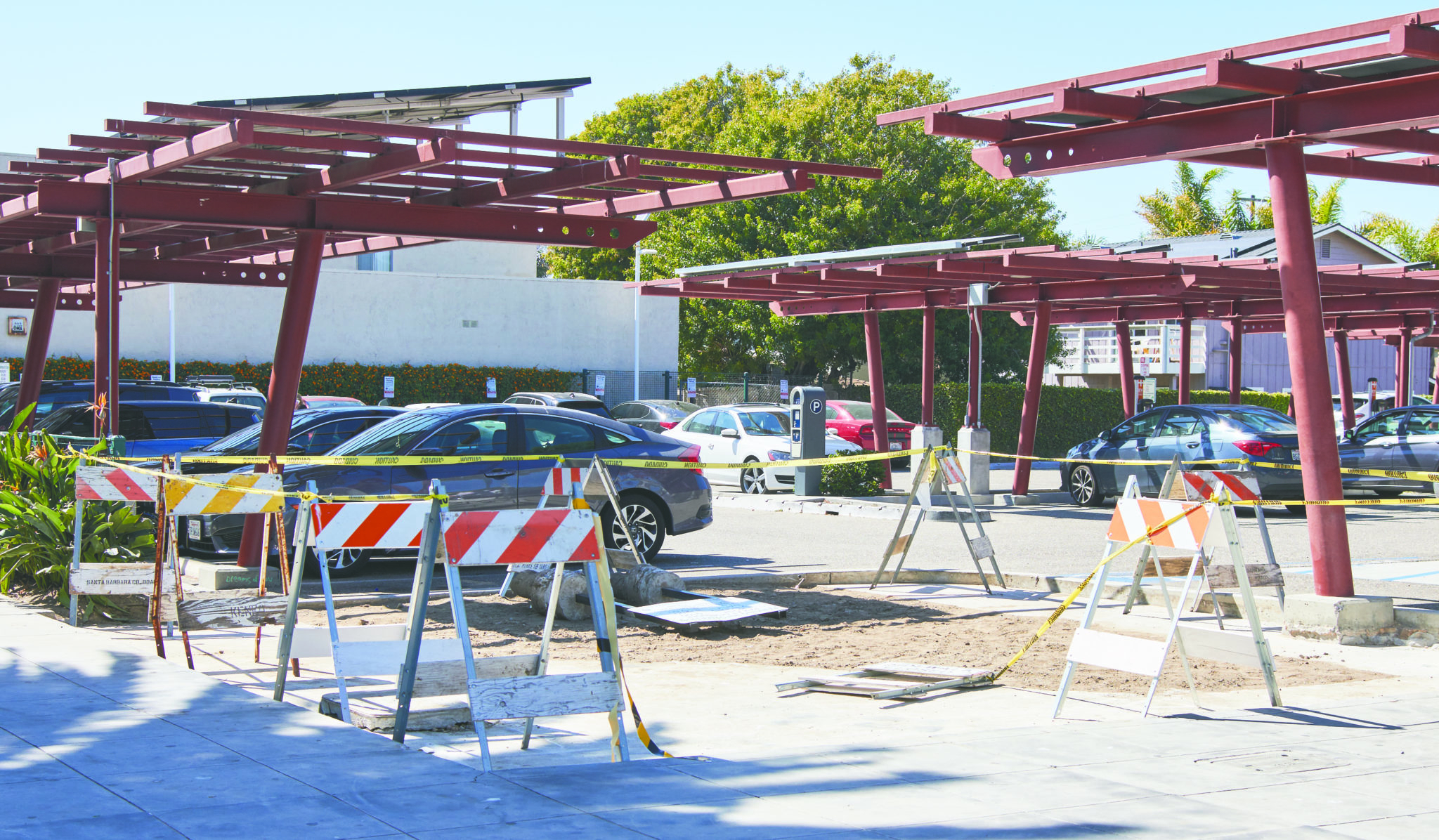 The decision to remove the bench was made by SBSO. Ida Kazerani / Daily Nexus.

The decision to remove the bench was made by SBSO following numerous complaints that individuals were “monopolizing” it, according to Gina Fischer, district representative for SB County Third-District Supervisor Joan Hartmann.

Fischer noted the slew of community complaints received by both the supervisor’s office and SBSO. According to Fischer, students and long-term residents complained about the bench’s constant occupation, noting that it deteriorated the curb appeal of the intersection.

As a result, the bench was removed and broken into “a whole bunch of pieces,” according to Isla Vista Recreation and Parks District (IVRPD) General Manager Rodney Gould. Following the removal of the bench, Gould said the Public Works Department approached the IVRPD, asking if they would like to keep the pieces.

“We had an offer to receive all these slabs of stone and big boulders and we said, ‘Yes, please, we’ll take them,’” he said.

The IVRPD had the Public Works Department deliver the pieces to the Sueno Bark Park, where they plan to permanently keep the benches after they are rebuilt, according to Gould.

The IVRPD plans to “reconstruct [the bench] into two, probably three separate smaller benches,” he added.

Although there is currently no plan to have an unveiling for the new benches, Gould said the IVRPD plans to have them finished before May 18, the day of their planned “Bark Party” at the Sueno Bark Park.

“On May 18, we’re having an event in the dog park called ‘Bark Party.’ We’ve got ‘Care For Paws’ out there doing free or discounted immunizations for dogs and Pet Smart’s giving away coupons and stuff. Humane Society will be there [and] Goleta Animal Pet Hospital will be giving away free coupons for services,” Gould said.

“And then we’re going to have the best dog trick contest and the owner-pet look alike contest and musical chairs, dog version.”

“Students and long-term residents complained about the bench’s constant occupation, noting that it deteriorated the curb appeal of the intersection.”

Is this the nice way of saying the bench was constantly occupied by drunken homeless/transient individuals? Sad to see the bench removed instead of more effort being made to actually improve community safety…