The Daily Nexus
Science & Tech
Exploring Mental Health Through the Art of Film
April 25, 2019 at 8:45 am by Sunidhi Sridhar 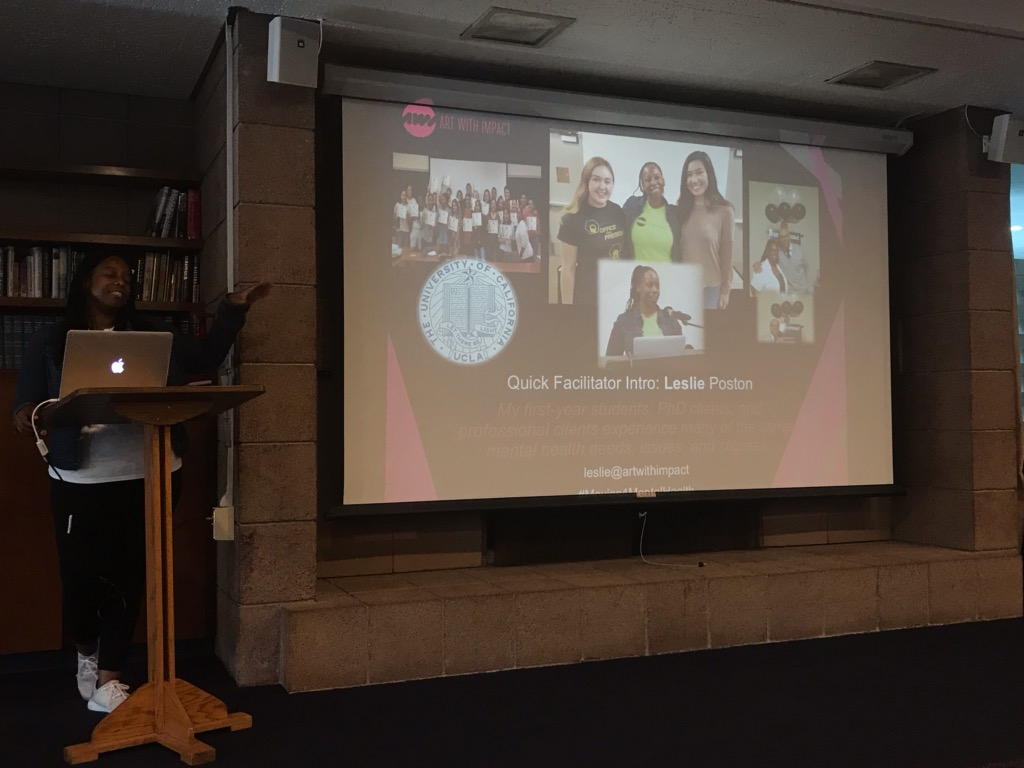 Leslie Poston, a program facilitator for Art With Impact, facilitates a discussion during the “Movies for Mental Health” event. / Courtesy of UCSB Active Minds

The shift from high school to college is often seen as an important milestone filled with exciting opportunities on the horizon, but for many students, this period of transition can be difficult to navigate. Between the unrelenting stress of exams and the continual barrage of extracurricular and social commitments, these years can take a heavy toll on students’ emotional and mental well-being.

While mental health awareness has been spreading on college campuses and people are now able to have more open conversations about their experiences, there is still a lot of lingering stigma surrounding the subject.

Active Minds, a nonprofit organization with a chapter here at UCSB, is an advocacy group dedicated to raising awareness and promoting healthy discussions about mental health in order to demystify common misconceptions about depression, anxiety and other common disorders.

Recently, Active Minds hosted an event on campus called “Movies for Mental Health,” where several short films about various mental illnesses were screened for an audience of students and attendees from the Isla Vista community. These films, all under five minutes in length, were submitted as part of a monthly contest put on by Art With Impact, an organization that addresses mental health issues through art and media.

“It is something that is hard to put into words, and things can be communicated a little bit differently through film,” Brink reflected. “The fact that the [cast] was filming themselves in their own personal space, rather than someone recording them — the cinematography makes the film feel like it wasn’t scripted.” 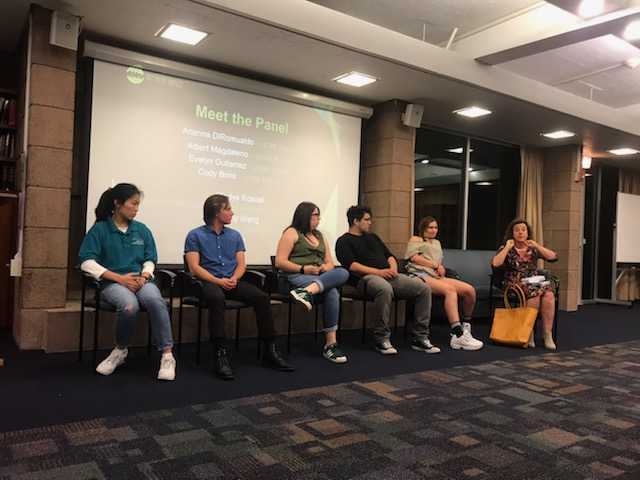 The two-hour-long event also featured a student-led panel in which four UCSB undergraduates courageously shared their personal struggles with mental health. They also focused on the resources and outlets they turned to during their most trying times.

Second-year biopsychology major Arianna DiRomualdo, one of the panelists, spoke highly of her experiences in therapy and highlighted the incredible difference that the sessions made on her overall well-being.

“Therapy is not easy, but everyone should go. It’s an amazing experience. I call it a journey because it is not linear — you go up and down and off the path and everywhere. No matter what, I’m always farther than where I started. Ever since I started therapy, I’ve learned to cope with my feelings better. It’s been tough, but I’ve found my support and my people,” she said.

Another panelist, third-year econ and accounting major Evelyn Gutierrez, commented on the stigmas more prevalent in certain cultures and the barriers these stigmas can pose.

People who come from more conservative backgrounds may be more hesitant to seek treatment. For example, some cultures pride themselves on emotional self-control and mental perseverance and therefore view mental illness as a source of shame, she said.

Gutierrez, however, feels like she has found a tight-knit community through Active Minds. “There can be a lot of cultural stigma, but surrounding myself with people who have had similar experiences helps me be able to talk more freely about mental health. Having access to the resources and being able to get help — yes, it’s a roller coaster — allows me to accept that the bad is going to be here but there is always going to be good,” Gutierrez shared.

Under the pressures of college and early adult life, mental health issues may either become accelerated or present themselves for the first time. While it can be daunting to take the first step and reach out for help, advocates at Active Minds want students to know that there are several resources available both on and off campus.

UCSB’s Counseling and Psychological Services is located across the Arts Building on campus and offers both short-term and long-term individual counseling, as well as the Mental Health Peer Program, in which students are trained to address and advocate for the emotional well-being of their peers. There are several counseling and treatment centers located throughout Goleta and Santa Barbara as well.

Leslie Poston, a program facilitator for Art With Impact, wants people who are struggling to come to terms with their emotions to know that mental illnesses do not discriminate.

“Mental illness does not sound like something that affects people who are established or married with a house and kids, but that’s not true. It does not stop with accomplishment or age.”

Active Minds can be reached at ucsbactiveminds@gmail.com.

—-Another panelist, third-year econ and accounting major Evelyn Gutierrez, commented on the stigmas more prevalent in certain cultures and the barriers these stigmas can pose.

Taught to say there is a stigma, it is often difficult to escape the lesson. It is not impossible, one has only to decide for one’s self, whether woe wants to participate in that prejudice, or educate people who do.

I have chosen not to participate:

— Harold A Maio, had be had been there, would have commented on the attitudes prevalent in many cultures and the barriers these attitudes can pose.