The Daily Nexus
Sports
Legends Never Die: A Reflection on the Retirement of Dwyane Wade and Dirk Nowitzki
April 19, 2019 at 7:29 pm by Leonard Paulasa 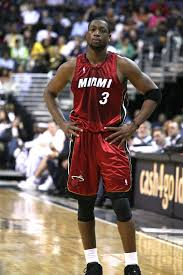 On April 10, 2019, NBA superstars and future Hall of Famers Dwyane Wade and Dirk Nowitzki played the final games of their legendary careers. Both players are revered and respected by owners, general managers, coaches, players and fans alike.

While they played for different teams, their careers were intertwined and it was almost destined for them to retire in the same year.

Dirk Nowitzki was drafted from Germany in 1998 and would spend all 21 years of his NBA career playing for the Dallas Mavericks. His first year was a rough transition and many doubted he’d bloom into the player he was initially expected to become. Nevertheless, Dirk would continually improve and lead the Mavs to their first NBA Finals appearance in 2006.

The opposing team would be led by Dwyane Wade who was drafted in 2003 — considered to be one of the most star-studded drafts in NBA history. Wade’s impact was immediate and in just his third year as a professional, he would lead the Miami Heat to their first finals appearance against Dirk’s Mavericks.

The Mavs were the favorites and won the first two games convincingly to take a 2-0 series lead. However, Wade would rise to the occasion and lead the Heat to the promised land. Miami would win the next four games and were crowned champions, and Wade was awarded the finals MVP award for his performance.

Both players proved that they earned their stardom by reaching the finals but would struggle to recreate their success for the next five years.

Be that as it may, Wade had written himself into NBA history, while Nowitzki’s career was plagued by “what-ifs” and almosts. Many — including myself — thought it was likely that he’d ended his career without ever winning a championship.

In 2011, however, Dirk proved naysayers wrong by completing what is undoubtedly one of the most legendary championship runs in NBA history.

In the finals, Dirk’s Mavs and Wade’s Heat — revamped by adding superstars LeBron James and Chris Bosh during the offseason — would meet again, and this time the Heat were the clear favorites. Yet Dirk would cement his name in history by playing like a man possessed, defeating the juggernauts in six games and rightfully earning his finals MVP.

Both players are considered to be some of the best to ever play the game of basketball.

Wade is considered to be one of the top four shooting guards of all time. He’s personally my favorite player, and I’ve been watching him play since the day he entered the league. His 16 years have brought me great joy, and his actions on and off the court not only inspired me and many others, but also made me proud to call him a role model.

On the other hand, Dirk has been a player I’ve loved and hated. His dominance in the Western conference brought me pain as I watched him defeat and deny the playoff chances of my hometown team, the Warriors, repeatedly. Yet I always respected his attitude and his loyalty. His move, the one-legged fadeaway, is iconic, feared and loved by many. The way he played the game was graceful, and he paved the way for many Europeans to enter the NBA.

I’m thankful to have grown up watching and admiring both not only as athletes, but also as people. They left positive impacts in each of their communities and proved that they’re bigger than the sport. As a fan, I’m proud to have had them as role models and am joyous that they’re leaving the sport greater than they found it.

Thank you Dirk Nowtizki and thank you Dwyane Wade.