The Daily Nexus
Volleyball
No. 4 UCSB To Face CSUN In Big West Quarterfinals
April 18, 2019 at 4:27 pm by Richard Benites 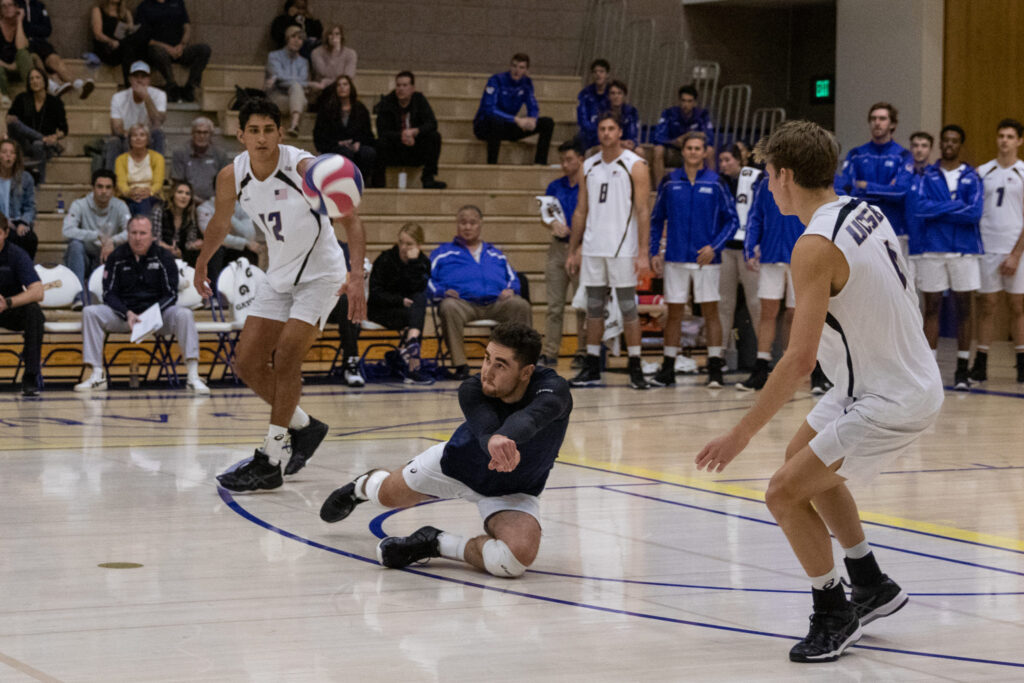 With the regular season all wrapped up, the postseason for men’s volleyball is now upon us. Tournament seeding also gives us an early look at who plays who, and when they do, as No. 4 UCSB look to put up a good showing in this year’s Big West Men’s Volleyball Championship.

The first opponent that’ll be standing in the way of the UCSB’s postseason glory is a familiar one in CSUN. This meeting will have shades of 2018’s Quarterfinals considering the Matadors had eliminated the Gauchos from the postseason almost a year ago. UCSB will want to flip the narrative back in their favor and put up an imposing performance that’s representative of their status as a top four program in the nation.

Although the Gauchos will be coming off a recent slump in form, following a four-game losing streak against No. 1 Hawai’i and No. 5 UCI, hopes are high to finish out yet another strong season’s campaign.

UCSB currently stands at an overall record of 17-9 on the season; a winning percentage of .654. Playing in arguably the most competitive league, the Gauchos’ conference record comes in at 4-5.

As for CSUN, the Matadors have won 3 of their last 4 matches to close out the regular season; including a 3-2 home win over No. 5 UCI.

On the season, CSUN holds a flat .500 win percentage at an overall record of 13-13. The Matadors’ 3-7 conference record places them fifth in the league table, only one seeding spot behind Santa Barbara.

Historically speaking, the Gauchos hold a slight advantage against the Matadors, with an all-time series record of 53-40. UCSB was also victorious in their most recent bout, back in late March, where they bested CSUN first at home by means of a 3-0 clean sweep, then on the road in a much closer 3-2 affair.

Ones to watch on the opposing end includes CSUN’s senior outside hitter Dimitar Kalchev and redshirt freshman setter Taylor Ittner. Kalchev leads his side in total kills this far through the season, with a total of 333; that’s 100 kills more than the next top scorer for the Matadors. As for Ittner, he’s in control of it all when it comes to distribution. Ittner’s 947 assists is a staggering amount, but it helps when you have hungry scorers like Kalchev backing you.

For the Gauchos, players to watch include junior opposite Keenan Sanders, junior setter Casey McGarry, and junior setter Randy DeWeese. Through the 95 sets he’s played, Sanders has tallied a total of 156 kills; that’s a kill per set ratio of 1.64. Although only the third highest scorer for the Gauchos’, Sanders’ expertise with starting last year’s quarterfinal matchup against CSUN will prove very valuable. As for the junior setters situation, Gaucho head coach Rick McLaughlin will have to figure something of a rotation, or not, considering both players’ form. With more sets under DeWeese’s belt, only 6 assists separate him from McGarry. However, just like Sanders, McGarry is familiar with this opponent and scenario. Regardless, both setters are wildly talented and have played crucial parts in getting UCSB here.

This match is looking to be a close and competitive one, worthy of closing out the first night of the Big West Men’s Volleyball Championship. The winner of this one is slated to take on first seed Long Beach State the day after.

The UCSB versus CSUN quarterfinal is all set and only days away; scheduled for this Thursday, April 18th, at 10:30 PM in Honolulu, Hawai’i.