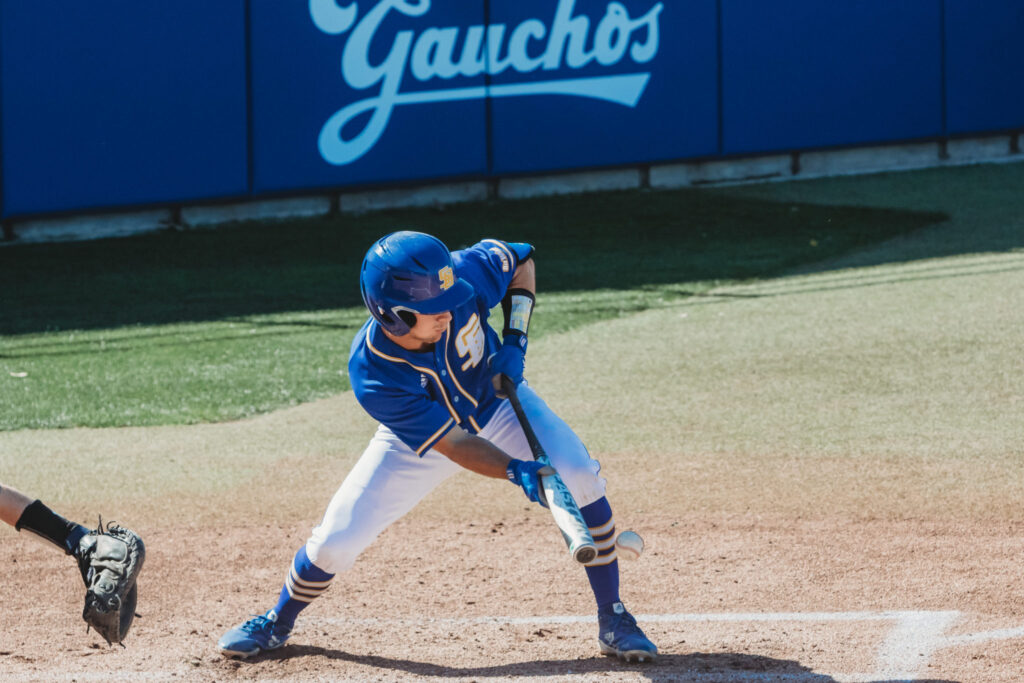 Fresh off a series sweep of then No. 16 UC Irvine this past weekend, the No. 7 UCSB baseball team is riding its biggest high of the season. Not only are the Gauchos a league-best 5-1, but they also possess a 27-5 overall record, the best winning percentage in the nation (.844),  and are currently on a nine-game winning streak — that’s only their second best run this season.

UCSB will hope to continue this hot streak it has going when it welcomes UC Davis into town this weekend. The Aggies are currently 11-18 overall and are tied for seventh in the Big West with a 3-6 conference mark.

All season long, Santa Barbara has produced efficient play, both at the plate and on the field. Last weekend’s sweep of UCI, however, proved that this UCSB team is not a fluke, they are for real.

In that series, the Gauchos pitching staff held the Anteaters to just an average of five hits and one run per game. Coming into that series, Irvine had averaged eight hits per game and nearly seven runs.

Additionally, UCSB totaled 28 hits and 17 runs during the series. Irvine had given up an average of seven hits and just 3.5 runs per game before the three-game set.

Point is, UCSB proved a lot last weekend, and, despite UC Davis posing less of a threat, there is no doubt this team is still gearing to prove everybody wrong.

Sitting at first place in the Big West, the Gauchos are currently in prime position to claim its first Big West title since 1986.

A big reason for that is the renewed offensive output, specifically, power hitting. The Gauchos have already surpassed their home run total of 2018 (34), with 38 thus far with 22 games still remaining.

Even beyond the long ball, Santa Barbara leads the entire country in triples with 21. Outfielders Armani Smith and Tommy Jew keep jockeying for the team lead in triples with the former having six and latter having five. Smith is ranks second in the country while Jew ranks ninth.

Funny enough, Smith and Jew are also tied for the most home runs on the team with each having eight a piece.

Junior catcher Eric Yang is also continuing his great season. Yang leads UCSB with a .393 batting average which also ranks 43 in the country. His 34 RBI’s are also a team high.

The catcher has also been a beast behind the plate, boasting a .996 fielding percentage and he has thrown out 50% of base runners attempting to steal.

UCSB’s pitching staff has also been nothing short of great. The staff currently ranks eighth in WHIP (1.13) and 13th in ERA (3.20) in the country.

Friday starter Ben Brecht has been awesome this season. Brecht leads the Big West and ranks fourth in the nation with seven wins and boasts a 2.75 ERA. His 69 strikeouts are also the best in the league.

Junior right-handed pitcher Chris Lincoln has also been a reliable arm out the pen, especially in the clutch, as his eight saves are tied for the league high. Freshman pitcher Michael McGreevy, the usual first pitcher out of the pen for the ‘Chos, currently possesses the best ERA in the league with a 1.57.

The Aggies are led by sophomore infielder Tanner Murray at the plate, who leads the team with a .427 BA with one home run and 14 RBIs. He earned a Big West Field Player of the Week honor earlier this season.

Overall, UCSB has proven how good it is this season, especially at home where the team is 17-1. Now, Santa Barbara can’t afford to take its foot off the pedal. It has to continue the pace it is playing at, lock up a Big West title, and who knows what else.

Maybe it’s second ever host for a regional or even its first host for a Super Regional.

UCSB will begin its series against UC Davis at 3 p.m. on Thursday, April 18 at Caesar Uyesaka Stadium. Game two will commence at 3 p.m. on Friday while game three will start at 1 p.m. on Saturday at the same location.

A version of this article appeared on p.  of the April 18, 2019 edition of the Daily Nexus.