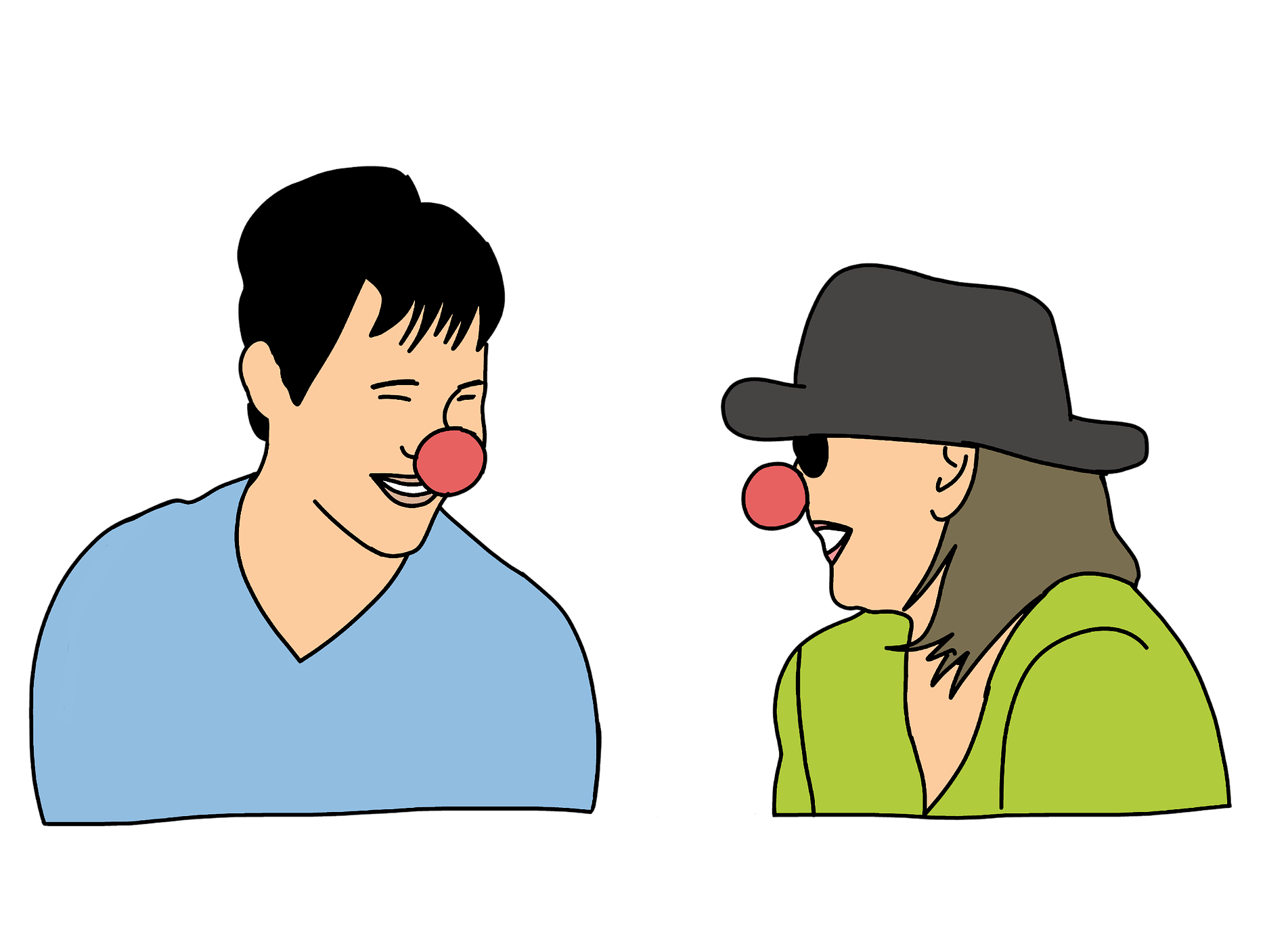 Numerous studies suggest that men are typically perceived to be funnier than women. Evolutionary reasons may help explain this phenomenon, including that men benefit from demonstrating humor when it comes to selecting romantic partners, while women don’t. / Courtesy of Pixabay

The truth is, I thought I was funny until I came to college. After 18 years of my sister, my mother and my ninth-grade tennis partner leading me to think I was hilarious, my self-esteem took a fat hit.

“Honestly,” my friend said, a fellow Gaucho who asked to remain anonymous, “I usually just laugh to be nice.” I felt my heart crack in two. “It’s nothing personal. I don’t think many girls are funny in general.”

He sounded genuinely apologetic, but from a scientific perspective, my friend’s opinion is hardly surprising. He adds to a plethora of evidence — both empirical and anecdotal — indicating that men are often perceived as the funnier sex.

In a 2011 study published in Psychonomic Bulletin and Review, researchers concluded that men vastly outperformed their female counterparts when asked to produce humorous content on demand. When groups of men and women were tasked with writing funny captions for a series of images, the results were what most would expect: not only did the men expend more effort in creating funny captions, but jokes written by men were consistently rated as more engaging, nuanced and, simply put, plain funnier than jokes written by women.

In other circumstances, one might find this research despairing, but the Psychonomic study affirms a cultural standard that has persisted (and that women have suspected) for a long time: men are the ones who make funny jokes, women are the ones who laugh at them.

After all, comedy is notoriously male-dominated, male comedians outnumbering comediennes by a ratio of three to one, according to a statistics study conducted by comedian Meredith Kachel.

The reasoning behind this is two-fold.

Psychologist Gil Greengross’s research at the University of Wales points to evolutionary science: people may perceive men as funnier because there is a strong evolutionary advantage for men to be funny, leading men to try harder at finessing their witticisms. “Men are willing to take more risks [in humor],” Greengross concludes.

When considering the laws of natural selection, it isn’t hard to see why.

According to Newsweek’s article, “Why Humor and Intelligence Go Hand in Hand,” humor has been repeatedly linked to high intelligence.

Intelligent and confident — is there a more killer combination?

The same, unfortunately, can’t always be said for women. While women select their romantic partners based on behavior and underlying values like intelligence, men are far more visual in their evaluation of their female partners.

Men, according to Buss, are looking for specific signs of fertility in a woman rather than her intelligence — let alone her humor. When determining her attractiveness, having a symmetrical face, a youthful appearance and an hourglass figure far outweigh humor in importance.

This is so much so that women who are funny can come across as less desirable to men, another study from Psychonomic concludes. When 100 college students were asked to rate the attractiveness of the opposite sex, women who made a humorous first impression were consistently rated as less attractive than the women who didn’t. For a woman, it hurts to be funny, whereas men have it the other way around.

I asked my friend to confirm. “So, if a girl is funny — funnier than you — is that a dealbreaker?”

Disappointing to hear? Yes, but there is, at least, an abundance of sympathy on behalf of other funny women.

In her memoir Bossypants, Tina Fey famously commented on her experience as a female comedienne: “Practical tips for how to make it in a male-dominated workplace,” she quips. “No pigtails, no tube tops. Cry sparingly.”

Indeed, wise words to live by.