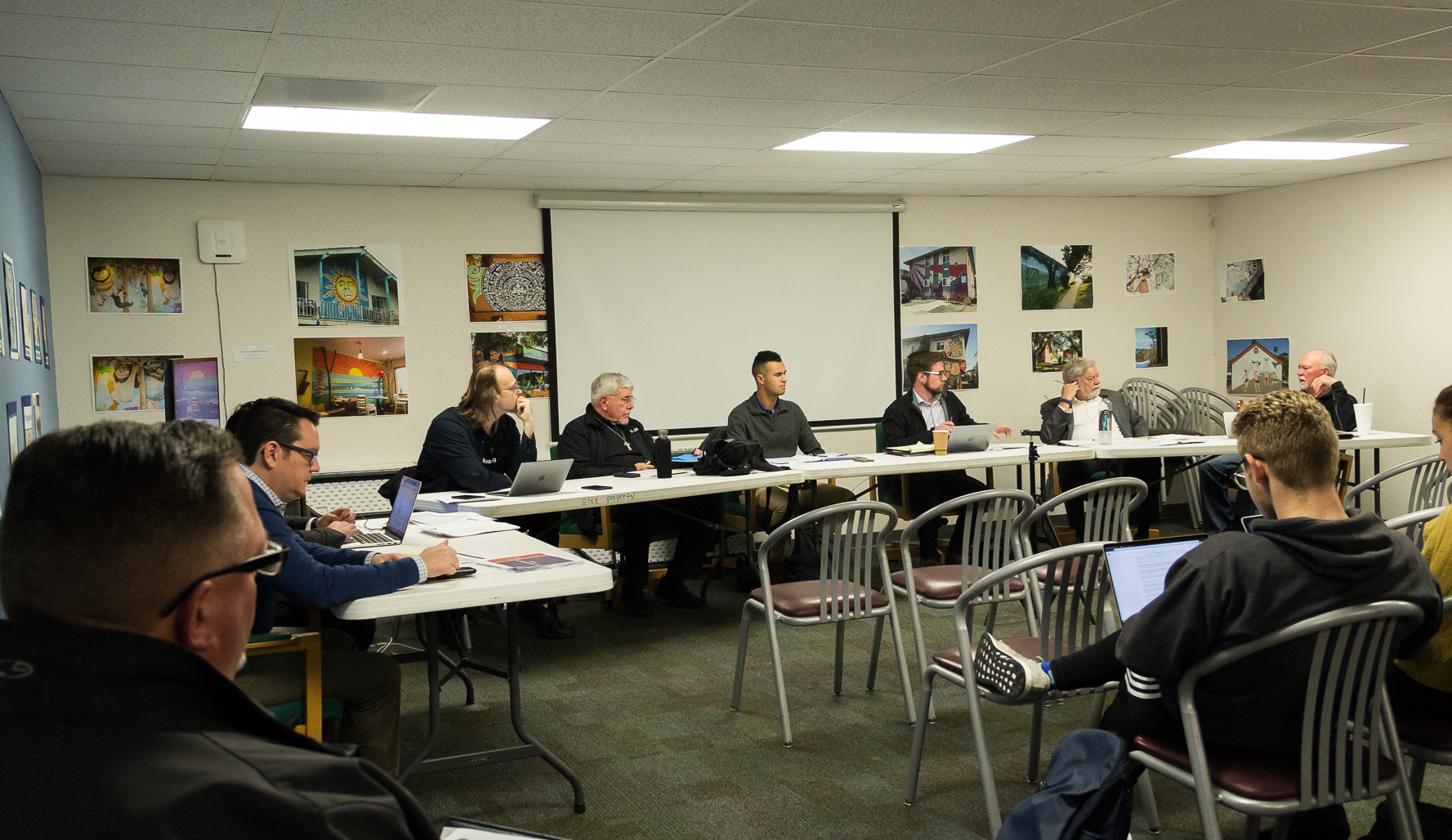 The I.V. CSD discussed the resolution at several board meetings before it passed on Tuesday. Leonard Paulasa / Daily Nexus

Resolution No. 19-7 calls for the Isla Vista Community Services District (I.V. CSD) Board of Directors to recognize the Chumash people’s historical and ongoing ties to I.V., also known as Anisq’oyo, through an acknowledgement at the beginning of all meetings.

Anisq’oyo, part of the home of the Chumash people, encompasses the land that I.V. and UC Santa Barbara both reside on.

I.V CSD staff members and Board President Spencer Brandt worked with Mia Lopez, a representative of the Coastal Band of the Chumash Nation, to draft the acknowledgement and learn more about the heritage of the Chumash people.

“It’s not just recognizing the past, but acknowledging those of the present and our future. We need to educate our community about the forgotten history that is our history,” Lopez said.

UCSB has also started using a similar land acknowledgement in graduation ceremonies and convocations for new students, according to Lopez. Multiple departments have begun to do the same at the beginning of their meetings as well.

“It’s just incredibly important, I think, that we can serve as a model for something that local governments can do in whatever small way to try to do our part to rewrite history and not be silencing voices, both of the past and the present,” Brandt said.

Annette Cordero, a member of the Coastal Band of the Chumash Nation, explained how vital it is for governing bodies such as I.V. CSD to set an example for the rest of the community to remember the history of the people who occupied it for centuries.

“It is healing for us. It does our hearts and our souls good to have this kind of recognition. On behalf of our, as we like to say for seven generations, our children and the children yet to come, this will have a meaning for them, so thank you,”  Cordero said.

The resolution was adopted with a small amendment clarifying that the acknowledgement be recited at all meetings of the I.V. CSD, not just regular meetings. The resolution was passed with a 6-0 vote in favor and was met with a round of applause. Director George Thurlow was absent from the meeting.

The full acknowledgement of the Chumash people and Anisq’oyo can be read below:

“Before we begin, we would like to acknowledge the Chumash people, who are the traditional custodians of this land. We pay our respects to the Chumash elders, past, present, and future who call this place, Anisq’oyo, the land that Isla Vista sits upon, their home. We are proud to continue their tradition of coming together and growing as a community. We thank the Chumash community for their stewardship and support, and we look forward to strengthening our ties as we continue our relationship of mutual respect and understanding.”

Good idea, although the Chumash themselves weren’t the first to occupy the land. Good wording would include: “… acknowledge the Chumash people *and those who came before them*…” with similar subsequent modifications.

Since the Chumash have been in SB for at least 13,500 years, please tell me who was before them?