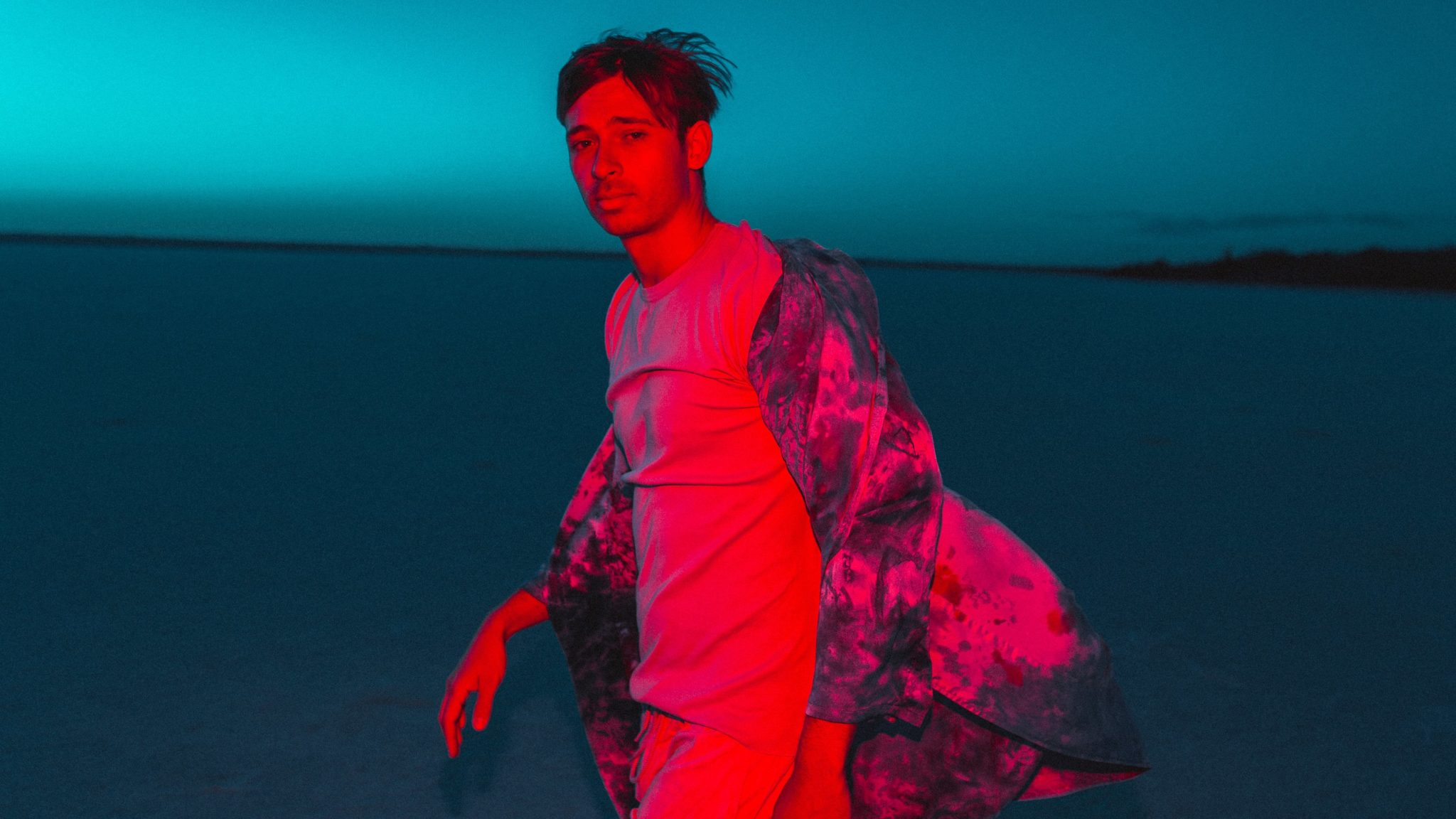 In 2014, I stepped foot onto Coachella’s polo grounds for the very first time. I was only 17 and still heavily invested in my indie and alternative roots, with bands like Arcade Fire and MGMT topping my personal list of must-see acts. As a young and naive festival-goer, I wasn’t too keen on checking out acts I was unfamiliar with. Nonetheless, I found myself with a gap between sets toward the end of Day 1 and decided to make the most of my time. So, I made my way to the nearest tent closest tent near me to pass the time.

I found myself aimlessly stumbling into the darker and more intimate setting of Coachella’s Gobi Tent. It was then that I was introduced to Flume, hearing his track “Sleepless” for the first time. I had no idea who he was and had only managed to figure out his name after looking at my little booklet of set times, but what I do know is that whatever I was hearing, I liked it. I was instantly mesmerized by every weird and unfamiliar bit of sound I heard, so much so that I remained there for the next 30 minutes of his set.

“What is this?” I asked myself.

Five years later and Flume has just released his newest project, Hi This Is Flume, a 17-track mixtape touting features from KUČKA, Eprom, JPEGMAFIA, SOPHIE, HWLS and slowthai and accompanied by a 42-minute-long visualizer directed by Jonathan Zawada. The Australian record producer, musician and DJ took to Instagram and Twitter earlier this month to announce the project, releasing it only a day laterin only a days time and breaking a painstaking two-year silence that has lasted since the release of the second companion EP to his Grammy award-winning album Skin in 2017.

Flume, also known as Harley Streten, is notorious for consistently branching out into uncharted territory when it comes to his production. He is a pioneer in experimental electronic music and is largely responsible for launching the “future-bass” sound that dominates much of the mainstream music now. His sound design is an innovative and genre-blending mesh of sounds that one may not have ever heard before.

Following his widely acclaimed Skin album in 2016, it’s hard to imagine how Flume could expand upon the weirdly alluring obscurities that make up his signature sound. When all has been watched and listened to, however, it’s evident that his newest project, Hi This Is Flume, stands as an even bigger career-defining moment in the scope of all things Flume.

The mixtape opens up with an introductory “Hi, this is Flume” sample and transitions into a track titled “Ecdysis,” which quite literally is the process of shedding old skin among reptiles and insects. Metaphorically, this opening signals Flume’s own shedding of his “skin” — the evident narrative throughout the mixtape and visualizer. It’s a narrative of growth and moving forward, reaching newer and higher grounds.

Filled with retro and hypnotic graphics among expansive landscapes, the visualizer accompanying the mixtape helps to guide audiences through this narrative journey Flume embarkssets out on. It’s psychedelic and trippy and helps accentuate every feature of the mixtape and its seamless transitions from track to track.

Standout tracks in the first half include “Jewel” and “Dreamtime.” Both are somewhat reminiscent of the sounds in Flume’s prior work, particularly those in the two companion EPs to Skin. They’re nostalgic in nature and indicative of the mellow flow and glitchy sounds that helped propel Flume into the global spotlight, but still with new and heavier twists to them. The first run of tracks culminate in Flume and Eprom’s remix of SOPHIE’s “Is It Cold In The Water?” and builds on SOPHIE’s already ethereal and hyperreal sound.

After several minutes of following Flume in his tie-dye kimono on his trek through the desert, the mixtape and visualizer pauses with a three-minute silence during which he is seen pumping gas late at night at an empty gas station. Then, it immediately transitions into “How To Build a Relationship,” featuring a strong and powerful verse from rapper JPEGMAFIA.

This is where the real action of the project picks up — even fresher and newer sounds are poured into this side of the tape. “Wormhole,” for instance, is the most telling of all in terms of Flume’s growth and experimentation as a producer. It presents to listeners a seemingly random conglomeration of almost unbearable, loud noises until it bleeds into “Voices,” with appearances from SOPHIE and KUČKA. In “Voices,” we hear the same bashing of sounds, although in a much more fascinating way that’s layered beneath the vocals.

“MUD” and “Upgrade” follow these tracks as an even more impressive pair of the strangely entrancing mixture of sounds Flume uses in his productions.
But perhaps the best run of tracks is the 10 or so minutes engulfed by Tracks 13-17, from “71m3” to “Spring.” The visualizer shows Flume seeing double of himself, driving in circles and even burying himself in the sand. It’s a psychedelic realization and rebirth, quite literally depicted in this part of the visualizer and through the wonky, hard-soft melodies that bring these tracks together.

In the end, Hi This Is Flume speaks true to its name. This is what Flume is. It’s the raw and organic feeling of hearing a sound for the very first time. It’s the discovery of something new — something you never knew you needed, until you did. It’s that feeling my 17-year-old self was overcome by when hearing the oddities of Flume’s production for the very first time and being strangely drawn to it because of its fresh and authentic nature.

Hi This Is Flume is a mesmerizing testament to the process of discovery, growth and continuation. Whether it be in his personal life or creative processes, Flume is, and continues to be, a confident stride into the unknown. His originality as a producer is quite possibly what leads others to flock to his side, and not knowing what will come next perpetually leaves fans on their toes.

What has always fascinated me about the electronic music genre is how electronic artists and producers are continually able to push the musical landscape, challenging traditional conceptions of what music is and what it ought to sound like. Throughout his career and especially through his new project, Flume has exemplified this to a tee, proving that music can and should be a continually progressive phenomenon.