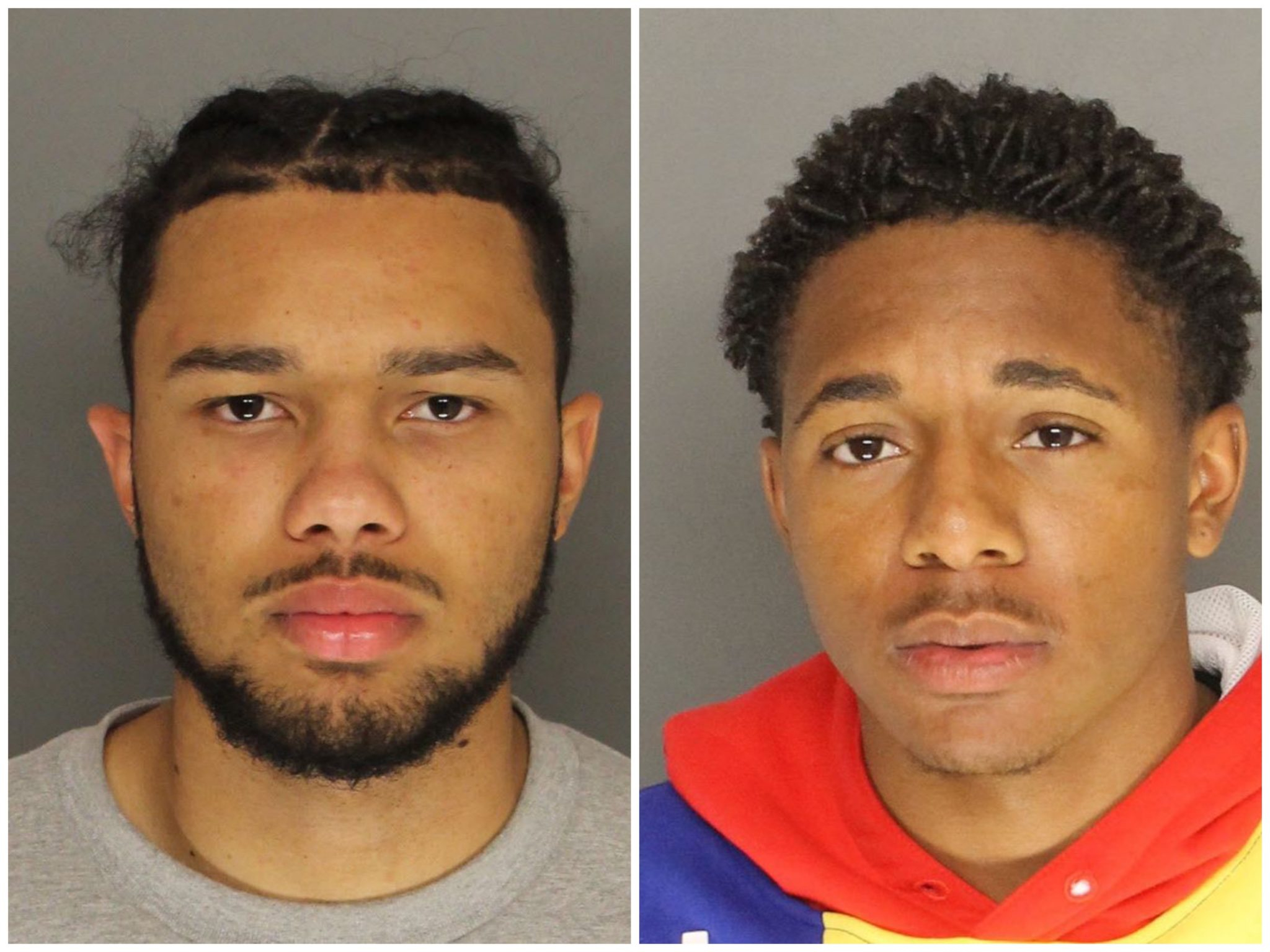 Francis (left) and Harper (right) were arrested in I.V. on Sunday. Courtesy of SBSO

Both were reportedly in town for Deltopia, an unsanctioned street party that typically happens during the first weekend of UC Santa Barbara’s Spring Quarter.

The two were stopped after a UCSB police sergeant initially spotted their car driving without lights on the 6700 block of Sabado Tarde Road around 11 p.m. on Sunday, Hoover said.

After stopping the car, the sergeant called in assistance after smelling a “strong odor of marijuana emanating from within the vehicle” and discovering that the driver did not have any identification. A separate sergeant then recognized the car as one that had been used in an armed robbery in Santa Barbara City on Saturday.

Upon searching the vehicle, police found a firearm, a brick of cocaine, Xanax pills and five pounds of marjuana with packaging, according to Hoover.

Also during this stop, two separate individuals approached the deputies to report that they had been robbed in I.V. It was then discovered that the suspects in the car were the same as those who had robbed the two victims in I.V. It was not indicated in the press release how that was discovered.

“One of the victims had been pistol whipped on his head and had a large laceration over his eye that was bleeding,” Hoover said in a press release sent out Tuesday afternoon. “The investigation revealed the suspects in that crime were the same suspects involved in the vehicle stop.”

The full charges for both include robbery, attempted robbery, conspiracy, possession of a loaded firearm and being a felon in possession of a firearm. Harper was additionally charged with assault with a deadly weapon.

Both were booked at the Santa Barbara County Jail. Harper is currently being held on a $550,000 bail, but information about Francis’ bail was not immediately available.