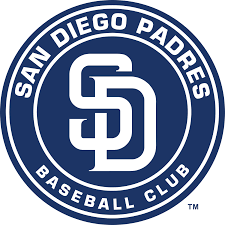 As a lifelong San Diegan, I’ve gone to my fair share of underwhelming opening days at Petco Park. In years past, the crowd had been relatively subdued, reserving their largest applause for washed-up veterans like Carlos Quentin or home-grown players like Chase Headley. In typical Padres fashion, we would lose a low-scoring affair and Padres fans would leave disappointed, knowing another losing season was on the way.

On Thursday, for the first time in almost ten years, the energy in Petco Park was palpable as the Padres came out for introductions. Fans stood, screaming and cheering as $300 million-signing Manny Machado was introduced. In my entire life, I am convinced I have never heard Petco get that loud.

Three players later, the crowd would top that for a rookie. As 20-year-old shortstop Fernando Tatis Jr. walked out, the entire stadium shook with electricity. For the first time in a decade, Padres fans had hope.

Tatis Jr. wasn’t supposed to get a larger ovation than Machado — heck, he wasn’t even supposed to make the opening day roster. Thanks to an antiquated rule in the collective bargaining agreement, keeping Tatis Jr. in the minor leagues to start the season would allow the Padres an extra year of control over the number one prospect in baseball. If Tatis becomes even half the player he is hyped to be, that year of control would prove to be an absolute bargain for the small-market Padres.

Even larger market teams use this loophole to squeeze an extra year out of their top prospects, with the Cubs using this very rule with Kris Bryant in 2015. Despite being an outdated and unfair rule that will likely be changed in the next Collective Bargaining Agreement, it makes sense why owners and general managers want to use it.

Until now, that is. In a city that craves so desperately a winner (or at least a competitive team) general manager A.J. Preller opted to change the entire dynamic of baseball by bringing up the heralded shortstop for opening day. This decision, along with the $300 million signing of Machado, show a willingness on the Padres’ behalf to bring San Diego a world series title no matter the ramifications.

In spring training, there was no doubt that Tatis Jr. belonged on the opening day roster — something he further proved on Thursday by going 2-3 despite facing Madison Bumgarner. But beyond his individual skill, the move by Preller signals to the rest of the Padres roster that he is serious about winning now, not in the future.

If Tatis lives up to his hype, the Padres have already shown a willingness to lock him up for the long haul. With the number one farm system in MLB, Tatis is meant to be the nucleus of a young Padres core that should compete for years to come.

Beyond just the Padres, Preller’s decision will change the landscape of baseball for years to come. Fans and players alike will no longer be content with keeping star prospects in the minors just for that extra year of control. More importantly, the move will likely aid the players’ case in abolishing the rule during the next CBA in 2021, as Preller’s comments prove that players aren’t held in the minors for “development” but rather for that vital extra year of control.

In a sport that often struggles to adapt to the times, Preller’s decision is both shocking and necessary — something that Padres fans recognized when they gave Tatis Jr. a standing ovation on Thursday. An early favorite for rookie of the year, Tatis Jr. has helped energize a fanbase that has suffered through perpetual mediocrity. For the first time in recent memory, the Padres have some semblance of a major league caliber lineup.

In 2021, the players union might be inclined to give that same standing ovation to A.J. Preller if the minor league rule is abolished. In the meantime, I’m going to sit back and enjoy the Padres compete for the first time in a decade.