The University of California’s largest employee union filed charges against the UC system last week for allegedly intimidating and harassing its workers during strikes over the last six months, according to the charge filing. 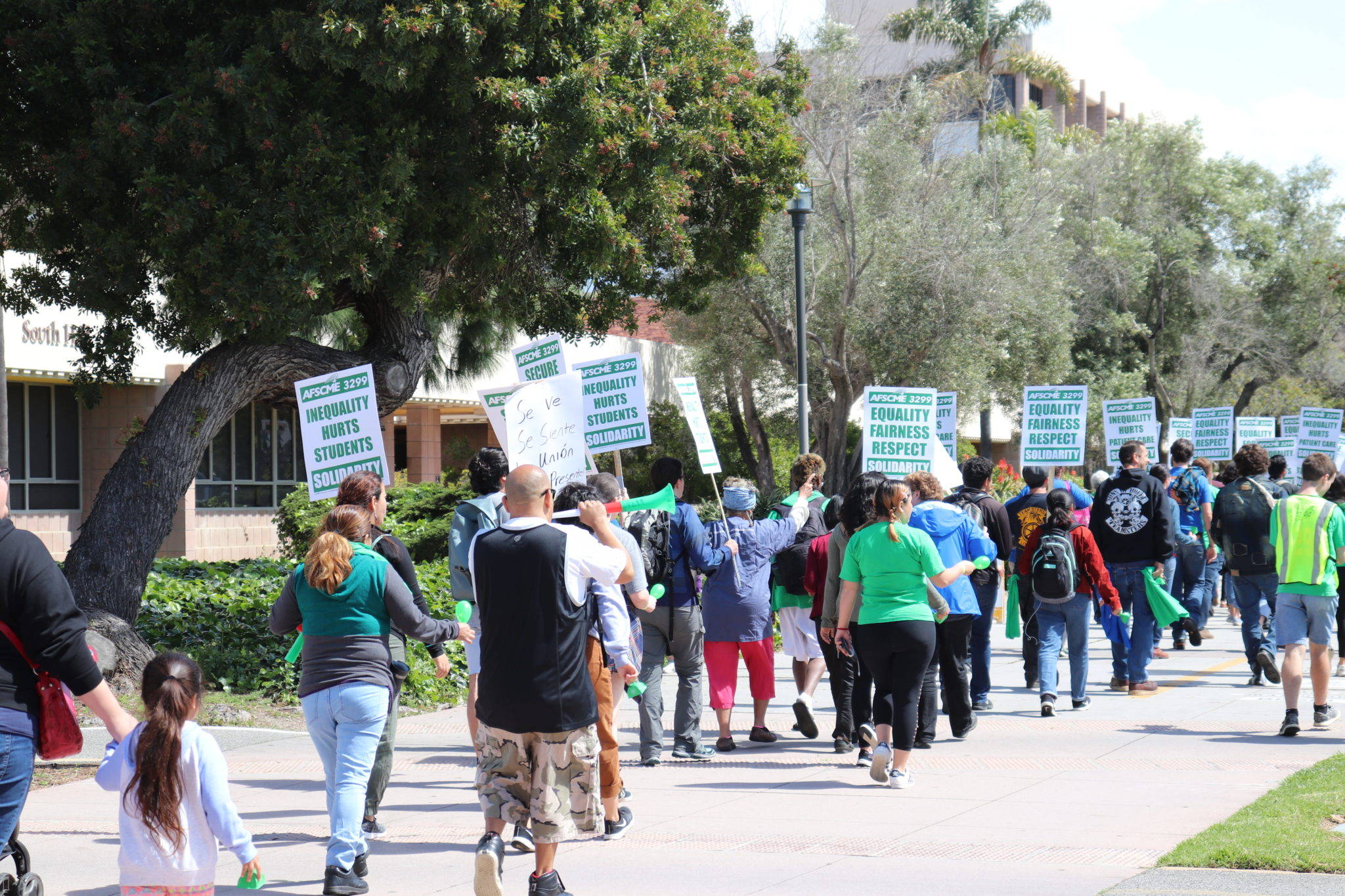 The unfair labor practice charge, filed by American Federation of State, County and Municipal Employees (AFSCME) 3229, alleges that the University of California attempted to stifle the union’s “ability to strike, to silence its voice, and to diminish its ranks,” according to the document submitted to the Public Employment Relations Board (PERB) on Monday.

PERB is the government agency responsible for regulating the bargaining statuses for public schools, universities, public employees and other government employees, according to the agency’s website.

The charge claims that UC violated the Higher Education Employer-Employee Relations Act, which protects UC workers’ rights to unionize and allows collective bargaining to negotiate their own wages, benefits and working conditions.

“There’s a systemic pattern of intimidation and creating an atmosphere of fear in the workplace,” AFSCME spokesperson John de los Angeles said to the Nexus.

Some of the most recent incidents happened during the UC campus-wide union strike on March 20, during which workers received citations from police, a consequence of protesting that workers had not previously experienced from UC, said de los Angeles.

“[The workers] were hitting the picket line, making noise, but they always do and all of a sudden UCPD is now threatening them with police citations,” he said.

“For them to change that expectation…  [creates] a sense of hesitance for some of our workers to come forward, voice concerns and even participate in these activities.”

The filing lists examples of UC’s alleged failure to protect workers’ rights to protest, such as “workplace retaliation and police citation” and “condoning the violent physical assault of striking workers on the picket line.”

The filing goes into specific details about incidents in which UC workers experienced violence, threats of arrest and discouragement from protesting. The filing also listed incidents where UC management offered rewards to workers not participating in strikes.

Some of the incidents included a UC Davis supervisor’s attack on AFSCME strikers in Oct. 2018, UC Labor Relations misleading and intimidating communications to union employees and UC Police at UCSB and UC Los Angeles threatening workers with citations.

These incidents and others surrounding the UC campus-wide protest on March 20 are a sign of the university’s attempt to subvert union efforts, de los Angeles said.

But these actions have a greater toll on union workers that just stifling protests, he added.

“When the university is allowed to engage in these activities without consequences, the ultimate effect is actually a violation of workers’ rights and these are rights that are protected by state law,” he said.

“We’re merely drawing attention to the fact that the university is openly and blatantly violating state law.”

AFSCME’s recent strikes are part of a now three-year negotiation with UC for higher wages and retirement benefits.

But UC has remained steadfast in its position on “AFSCME’s unreasonable demands for wage increases,” Claire Doan, spokesperson and director of media relations for UC, said in an email.

“They want raises that are nearly triple those given to other UC employees,” Doan said in the email.

“We hope AFSCME leaders will channel more time and effort into actual bargaining.”

As of March 27, the UC had not received a copy of the charges and could not comment on them or determine whether there was “any merit to these allegations,” Doan said.

AFSCME leadership announced Friday that another strike will be taking place on April 10 in protest against UC’s conduct referred to in the suit.

A copy of the filing in full can be read below:

“They want raises that are nearly triple those given to other UC employees,”

I worked at an AFSCME represented state hospital for years. The two main functions of the union seemed to be preventing incompetent works from remaining fired, and making sure lazy employees didn’t have to work. There was so much needless suffering for the patients. I shall never forgive the union.