Police are searching for a suspect in a robbery that happened Friday evening at Isla Vista Market.

Around 5:30 p.m., deputies from the I.V. Foot Patrol and the UC Police Department received a report of a theft in progress at I.V. Market, according to Sergeant Daniel Calderon. 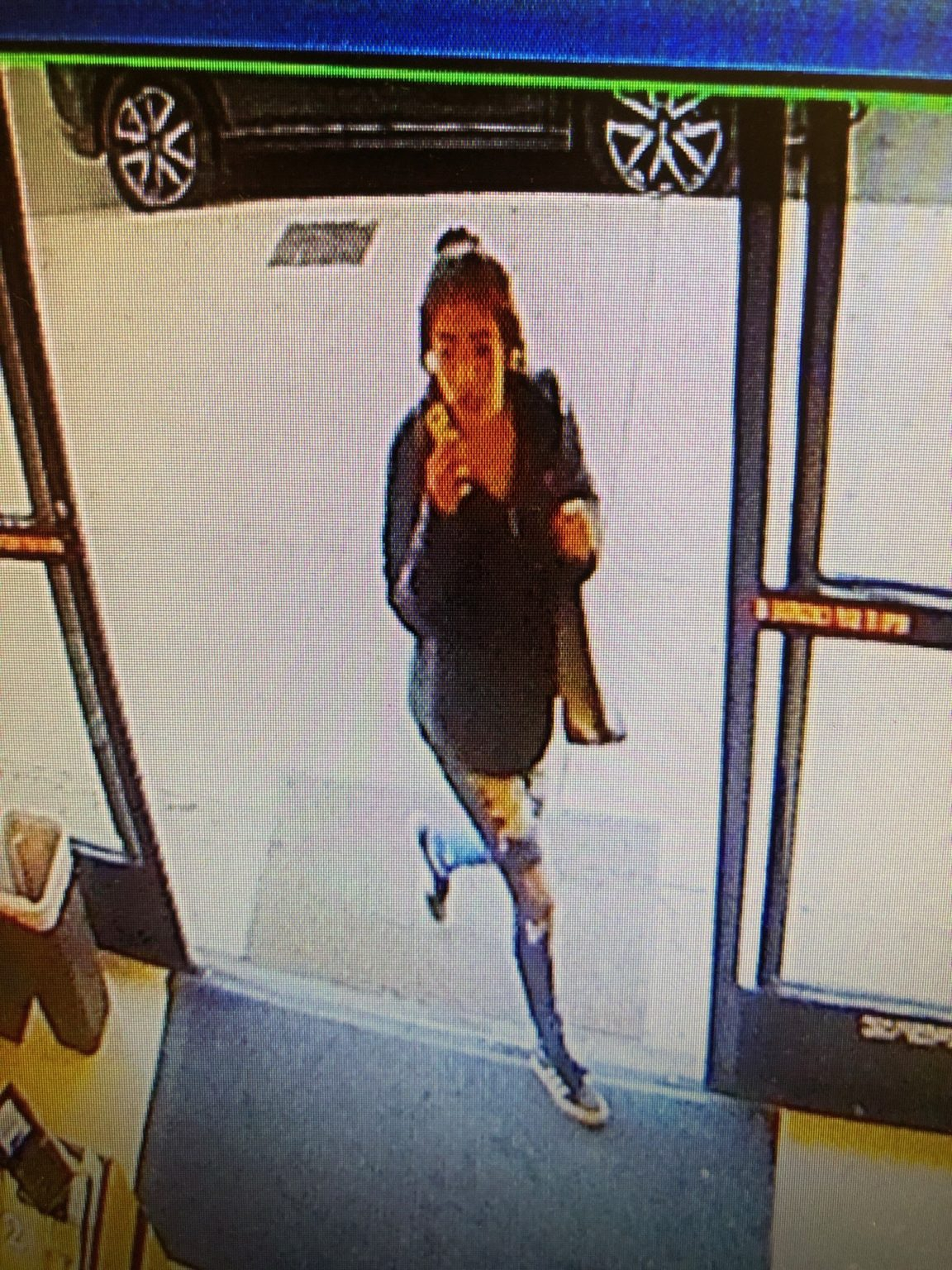 The suspect is described as a college-aged woman. Courtesy of SBSO

Calderon, who sent out a press release on Friday, said the manager of the store reportedly confronted the suspect – described as a college-aged woman with shoulder-length dark hair and “medium complexion” – while she was leaving Keg N’ Bottle because he suspected her of stealing “several bottles of alcohol and some personal hygiene items.”

A struggle ensued between the two, during which the woman hit the manager twice in the face. She then fled westbound down Pardall Road but was not apprehended.

The stolen items were retrieved.

She was last seen wearing a black sweatshirt with a zipper going up the front, black sneakers with white stripes and blue jeans that are ripped on both thighs.

Security footage of the incident can be viewed here. Footage courtesy of Allison Knudsen.

The Santa Barbara County Sheriff’s Office requests that anyone who has information about the incident contact the I.V. Foot Patrol at 805-681-4179 or leave an anonymous tip here.

Correction [March 23, 9:23 p.m.]: The robbery took place at I.V. Market, not Keg N’ Bottle, Calderon corrected in a second email to the Nexus.

IV police is among the most incompetent, barely trained force. It’a shame.