For those of us not entrenched in the world of sports, the Oscars have the tendency to be our Super Bowl. We host viewing parties, place bets on winning nominees and dissect the newcomers and veterans with an equal sense of spectacle. The Academy Awards hold a reputation of launching the careers of unknowns who metamorphose into Hollywood giants before our very eyes.  We’ve seen nominees like Hailee Steinfeld, Quvenzhané Wallis and this year’s newcomer Yalitza Aparicio transform their careers solely based off of Oscar buzz. However, it is apparent that this fanaticism does not stray from the stars of the pictures. Ask anyone to name you a producer of the film — a nominee of the coveted Best Picture Oscar — and they would likely balk.

For somebody who was nominated for the crème de la crème of awards, Peter Saraf is breathtakingly humble. He does not fit the image of a fast-paced, no-nonsense Hollywood producer. Saraf, his wife Erika, their teenage children Olive and Oscar and their schneagle Harry, live in a renovated two-story apartment on Manhattan’s Upper West Side, just a stone’s throw from Central Park. The apartment walls are adorned with Erika’s paintings, as well as many done by her father, renowned painter Daniel E. Greene. There is no doubt that the Sarafs are certainly well off (a two-story apartment in Manhattan should have clued you in), yet their home is cozy and inviting — they know their doorman and their neighbors — practically the polar opposite of the fenced-in mega-mansions synonymous with reclusive members of the entertainment industry on the opposite coast.

Saraf’s introduction to the film industry was no coincidence; his late father Irving Saraf was a quadruple-hyphenate producer-director-editor-academic, as well as an Academy Award-winning documentarian for his 1991 film “In the Shadow of the Stars”.  When Saraf was in high school he had the opportunity to work as a production assistant on some of his father’s films, and get a better sense of his career. Make no mistake though, coming from a film dynasty did not pressure young Peter into his career in the entertainment industry — in fact sharing such a binding love of film with his father is what allowed Saraf a unique appreciation for the power of movies later in his career: “He and I shared a lot. We saw a lot of movies together, and that was just something that we did together all the time from as far back as I can remember,” he said with a twinge of admiration in his voice. 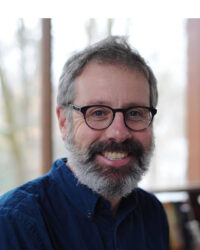 However, Saraf’s road to becoming a producer was not as clear-cut as his passion for film. “I was not the most driven, focused young person when I got out of college. I wasn’t sure what I wanted to do with my life,” he said. After wandering about overseas, working odd production jobs and unsuccessful attempts to go to film school, Saraf found himself back in New York where he managed to get a job as an office manager for Jonathan Demme, who was best known as the director of the cult classic psychological horror film, “The Silence of the Lambs.” Saraf ended up working with Demme for 10 years: “It was my film school, it was my job, it’s where I learned really what a producer does, and where I learned that I liked producing and that I had a certain affinity for it.” He rose through the ranks from an office manager to producing documentaries, to narratives, to eventually becoming a partner of Demme’s and producing projects together.

Saraf has always had a knack for telling stories about human beings, and “Little Miss Sunshine” proved to be no exception. Many will fondly remember “Little Miss Sunshine” as the screamingly funny, horrifically inappropriate family road trip comedy that follows the Hoover family as they try to make it to Redondo Beach, Calif. for their daughter Olive to compete in the Little Miss Sunshine pageant. The beloved script was well known and had been floating around industry purgatory for years.

Many found the film too risky to make: it was an R-rated comedy with an ensemble cast, with the plot centered on a child and it was unlikely to have a strong international audience, as child beauty pageants are a uniquely American cultural phenomenon.  In 2004, Saraf and his partner Marc Turtletaub co-founded their production company Big Beach. Turtletaub, who had been a developer of the script, dreamt of making the screenplay a reality. “We managed to get it back from the studio that owned it that wasn’t making it, and made it independently,” Saraf said.

The movie was filmed over the course of 30 days and premiered at Sundance in January 2006. In addition to scoring one of the best distribution deals of the festival and raking in $100.5 million at the box office, “Little Miss Sunshine” received rave reviews and heaps of nominations during the awards circuit that year, so Saraf and Turtletaub were eager to see if it would make the cut for the top five of the Academy Awards Best Picture nominees (which expanded in 2009 to include up to 10 films). 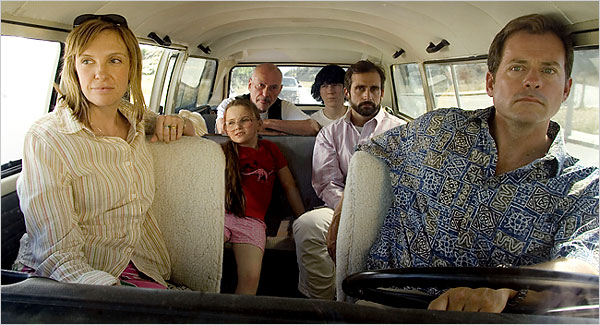 A still from the 2006 cult classic Little Miss Sunshine. Courtesy of The New York Times.

Achieving a nomination for Best Picture, as Saraf and Turtletaub accomplished with “Little Miss Sunshine,” however, is arguably the most daunting task of the entire Oscars process. Academy voter Curtis Clark explains that of the 24 branches of the Academy — which one joins on an invite-only basis — each branch is only responsible for nominations within its own domain, with the exception of Best Picture, which is the only category to receive nominations from all branches across the board. Clark is a renowned cinematographer and a recent recipient of the John A. Bonner Medal of Commendation (which is awarded by the Academy) for his exemplary contributions to the field.

Saraf and Clark are quick to note the honor of being nominated for an Academy Award, but neither believes that it makes an enormous impact, career-wise. Clark acknowledges that for somebody who is not a member of the Academy, “it may have distinct opportunities for certain types of jobs,” but Saraf does not believe that his nomination has opened any doors for him, though “it doesn’t hurt to have ‘Oscar nominee’ associated with your name,” he admitted. He continued with a chuckle, “I say I’m an Oscar loser.” Saraf believes the true mark of success is the endurance of the movie over time. “People remember the movie more than it was nominated, and that to me is much more meaningful and impactful. I love that people still remember the movie and care about it and continue to watch it.”

The industry (and world) wide celebration of film and its unifying properties is what Saraf appreciates the most about awards season. He loves that the awards circuit seeks to honor the movies every year, and that its popularity amongst the laypeople signifies a much deeper connection. He does admit, however, that there is a nastier, political side of awards season that viewers are unaccustomed to seeing or hearing about. In Saraf’s eyes, this petty side of awards season is what detracts from its value; it is the antithesis of the pure, wholesome love of film that he grew up on when seeing double features with his father.

The seriousness of the Oscars — and its implications as a marketing tool for an extended life at the box office — has earned the entertainment industry an insurmountable sum of money, but has led to a more sinister side to what should ultimately be a celebration for achievement in film. “That gets translated into literally the kinds of things you would see in a political campaign. You have consultants who do opposition research on other movies and the people behind them,” he said. This “oppo research” includes digging up old tweets, unflattering quotes, accusations, allegations about the film’s credibility and so other kinds of dirty tricks you’d only imagine to find on a political drama (see this year’s hotly contested Best Picture winner “Green Book” for prime examples of all of these).

The night of the Oscars doesn’t stand out as incredibly sharp in Saraf’s mind. He noted the foreign experience of being on the most impressive, star-studded red carpet in the world, but feeling completely invisible — even as a nominee for the most anticipated award of the program. He recalled being a bundle of nerves, the torturous feeling of being the last award of the night and the ridiculousness of the cash-only bar in the lobby (you’d think the most prestigious awards in the industry could splurge on free booze).

“I was actually a little terrified that we were going to win because I was so nervous to be on that stage,” he said with a hearty laugh, before admitting that it was a disappointing loss, regardless.

Saraf’s work has remained more of the indie variety since his nomination 12 years ago. Things seem to be looking big for Big Beach this year, however. Saraf and Turtletaub are loaded with projects in post-production as well as some in the works, including a Mr. Roger’s film starring Tom Hanks set to premier at Thanksgiving, “The Farewell” starring Hollywood breakout Awkwafina which premiered to rave reviews at Sundance and upcoming projects with Lasse Holström and Natalie Portman.

While it is impossible to compare the works of fellow nominees, being nominated alongside Clint Eastwood and Alejandro González Iñárritu must certainly create a sense of pressure and pride.

Though Saraf has often chosen to go off the beaten path and pursue the indie genre, it appears that maybe more than a decade after his Best Picture nomination he will find himself back in the mainstream. “There’s a bunch of stuff coming – I’m not exactly sure what we’re going to make next, but that’s what’s in the pipeline,” he said.

Saraf isn’t feeling overwhelmed by pressure to earn another nomination, but rather he is continuing to do what he does best: tell the stories of human beings.