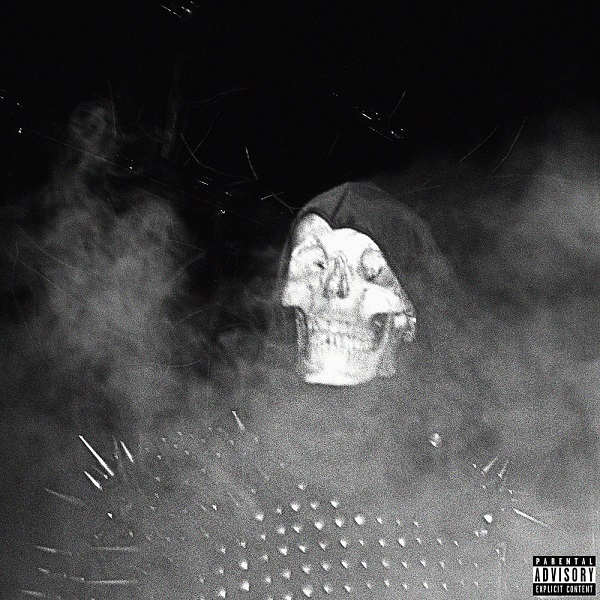 I’ve been following Night Lovell since 2015, so needless to say I was thrilled when he announced the release of a new album this year. In GOODNIGHT LOVELL, the Canadian rapper delivers the dark, ominous sound he is known for with a noticeable variation in production, vocal effects and storytelling from his prior work.

Ginseng, one of Lovell’s main producers, displayed an impressive quality of production on a number of tracks. His minimalistic, airy melodies are intriguing and allow for some boisterous drum patterns. His hi-hats slice through the tracks like samurai swords and his 808’s feel like an earthquake on good speakers. Another deviation in Lovell’s sound is the psychedelic vocal effects. With overwhelming delay (in the best way possible) and layered vocals akin to Suicide Boys, who are featured on the album, Lovell’s monotonous flow becomes hypnotic.

Even more captivating are his lyrics. Speaking on being trapped by love and rejection, Lovell expresses some of his deepest emotions which are first introduced in “MENTAL SLAVERY.” With an impressive feature from Lil West, an artist I hadn’t heard of, the track addresses the unbearable complications of love. Lovell explains that he keeps all his issues in his head, trapped within himself.  The song “PAIN” responds to “MENTAL SLAVERY” when the problems turn to anguish, depicting Lovell at his lowest: “I don’t got no place to put this pain,” he raps.

Lovell projects his pain onto the idea of “night.” Shown as a lonely, desolate area, the night is the only space large enough to contain it. This is elucidated in “UNKNOWN LOCATION INTERLUDE” when he repeats, “I can meet you in the night,” in a rather possessed tone. The night is also portrayed as a harmful realm throughout the album. The intro track “MARY JANE” begins with owls hooting, crickets chirping and a knocking on a door. The sounds of nocturnal animals immediately transports listeners in the night, and the knocking creates a sense of tension which turns to harm when the door creaks open and a girl screams before the beat drops.

GOODNIGHT LOVELL is a melancholy love story extending the pain he faces from his lover onto a lonely, horrific zone. Other than the aforementioned tracks, some other standout moments include “BUMBLE BEE,” “I LIKE BLOOD” and “INSIDE.” Lovell is a bit more melodic on “BUMBLE BEE” and presents the abstract idea of leading his lover, as a bumble bee, down the path of the same pain she caused him. Wififuneral’s self-reflective verse on “I LIKE BLOOD” plays into central themes of the album, though his problems seem to be caused by himself, not a lover. The beat on this song is just fascinating, too. Gnar’s feature on the project is a major highlight for me. I’ve been following Gnar for a while now and love his aggressive, loud flow. Though the first half of his verse is slower and more restrained, it adds tension for the grimy second half which is guaranteed to cause a riot.

A conceptual rap album with singles worthy of individual play is rare these days. However, Night Lovell accomplishes this on GOODNIGHT LOVELL with aggressive beats, catchy melodic elements and rather poetic concepts of the pain of love.