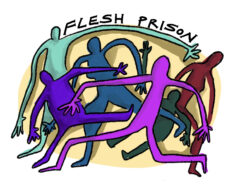 My deal breakers in dating: Republicans, blondes and anyone named Kevin.

My Chinese friend is having a baby soon, and I’m not just bringing her a suitcase of fancy baby formula — I’m picking her baby’s English name. The gravity of this responsibility slicks my palms with sweat whenever it crosses my mind. When parents name their newborns, it is more of a prayer than a name. There’s nothing about a bald mound of fat rolls that says “Paul” or “Beatrice,” yet there’s so much hope that the child will amount to a specific vision of greatness. A baby named Clayton has the potential to become a coked-out Wall Street asshole; a baby named Tallulah could be a raw vegan vlogger based in Portland. But naming your baby Beckham does not predestine her soccer career. The associations we have with names seem arbitrary, but they guide us in evaluating the people we meet. Names carry legacy and heritage, and they are more than a first impression for one individual: they are continuations. They are brands. Every Donald suffers from the reputation of one bad Donald.

The associations we have with names seem arbitrary, but they guide us in evaluating the people we meet. Names carry legacy and heritage, and they are more than a first impression for one individual: they are continuations. They are brands. Every Donald suffers from the reputation of one bad Donald.

Yet we’re not as tied to the letters and consonants of our legal identifiers as we think. Most likely, you see yourself as a body swimming with thoughts, emotions and ambitions. Maybe you identify yourself first by your talents, vocations or values: as a climber, a musician, as a communist. It’s difficult to summarize and identify individuality and connect the body that speaks and moves to the person inside. Names are meant to identify and summarize you but ultimately fail to satisfy either role. They’re tenuous ties to someone who you could potentially be and people before you who fulfilled their role under your name. There’s little ownership in being named, little choice in your first introduction to every stranger and every unknown territory.

Names can alienate you too. They can be false prophets. For many trans people, birth names become deadnames. Just think: we didn’t always introduce ourselves with preferred pronouns. I distinctly remember the moment in high school when we began our class by reintroducing ourselves with pronouns to the people we had grown up with. It felt odd at first, entering this ritual so bare and true. What used to be intimate confessions became declarations. It was a terrifying comfort; we held our breath as one, passing it around the room, as each of us entered the space as pretend-strangers. It was an opportunity to reenter the known realms of our world and it reminded me of Harvey Milk shouting at all of us to come out of the closet. To tell our neighbors that their grocer is queer, that their children are queer, that their friends are queer. Milk politicized coming out: it was powerful, he implied, for the greater good of our community. Maybe you still live in your deadname; it is not anyone’s place to tell you to come out. It is a privilege to understand identity; it is a greater privilege to perform your truth in the total safety of your reality. But in my English seminar, at age 17, I attended my friends’ self-christenings. I don’t claim that announcing our preferred pronouns made queerness definitively easier, but some of us were practicing for Harvey.

I was named by my mother’s MBA professor’s daughter, who was fourteen and apparently named me after a cinematic Catherine. The jury is still out on if it was Zeta-Jones or Deneuve, but I hope my mom got a good grade in that class. Katherine is a high-maintenance name for divas: Catherine the Great, Katharine Hepburn, Katherine Heigl. Strangers expect applause if they spell it correctly. The Chinese name my mother chose for my legal middle name came from the ancient Chinese classic The Spring Autumn Annals. A monk told my aunt I would get into a car crash if I didn’t informally change my name to one with more “fire” in it, so I spent an hour with a Chinese dictionary just so the girls at my middle school could tell me it sounded like “shampoo.” It’s 炫如 (XuànRú), by the way. So much for radical female friendship. My family never called me anything other than “baobao” (Chinese for “treasure”) unless they were royally pissed. I only heard “Katherine” when I was being yelled at in a car. By high school, I started going by “Kat” because I was so triggered by “Katherine,” which I still deeply associate with my mom’s unbridled anger.

Ideally, we shouldn’t have names until we’re 20. By then, anyone obtuse enough to choose a name like Tampon (a moment of silence for Bella Thorne’s dog) are willing participants in natural selection. But adopting a new name so late in life split me in two: the Katherine before, the Kat after. Coupled with the spice of teenage rebellion, I could not distinguish my growth from my identity crisis. How do celebrities do it? Anna Nicole Smith was Vicky, Guy was Ferry before Fieri, Chef Boyardee was handsomely named Ettore Boiardi (yes, I have a crush on Chef Boyardee). When these famous household names rebranded, were their names purely interchangeable costumes? We were all confused when Snoop announced his transition from canine to feline form, but maybe for him it felt like shedding skin, one era of iconicity to the next. Was reinvention an embodiment of their hopeful ascension to superstardom? Or maybe their name was a protective shield that separated their public performance from their private life, a shield that ricocheted the scrutiny of TMZ onto a exquisitely concocted character.

When we name babies, we have so much hope for them: they have no criminal records, no failing grades, no experience with abusive boyfriends. We want the world to know so desperately that they are special to the people who love them.

When we name babies, we have so much hope for them: they have no criminal records, no failing grades, no experience with abusive boyfriends. We want the world to know so desperately that they are special to the people who love them. In a perfect world, people will call me baby, just like the way my mom calls me “baobao.” I want to feel swaddled by strangers when they address me, like a walking, talking ricotta blintz. Baby is not only gender neutral — it radiates warmth reminiscent of sick days spent drinking soup in my childhood bedroom and plastering Doraemon stickers on my mirror. I want to be called baby until I’m ready to bear the burden of a name. I miss the vulnerability of not recognizing my name in writing before I learned to read. I miss living life without the identifier that was pinned to me at birth. Most of all, baby is a reminder that my name is not a reflection of my corporeal form and all of the wonderful thoughts and abilities you can’t see.

In fact, the universal nature of “baby” is a comforting reminder that I am, even at my most beloved state, not special. So many mothers on falling moons cooing at their sleepless babies. So many lovers on rising suns sending their babies good morning texts laden with pink emojis. All of these babies, adored and numbed, daydreaming about finding home in their person. It’s a tired story, so generic it seems cheap, yet there’s solace in being one of many. When it happens for you, you’ll understand. “Ah!” you’ll think, caught off guard, “This is what it feels like to be someone’s prayer.”

In that two-syllable moment, you embody all that is infinitely possible of a fresh newborn. I am someone’s baby, you are someone’s baby; someone will call me baby and someone should call you baby.

Kat Chen will kick you in the shins if you call her “babe.”

Yes. All As during the 2-year MBA program 😍