UC Santa Barbara’s housing services will be camping out in the University Center for the next few months.

The housing services, formally known as UCSB’s Housing, Dining and Auxiliary Enterprises (HDAE), will temporarily be relocating into a vacant space in the UCen, which formerly had been occupied by Kaplan Test Preparation until Oct. 31, 2018. The space is located next to Jamba Juice and across from the Campus Bookstore. 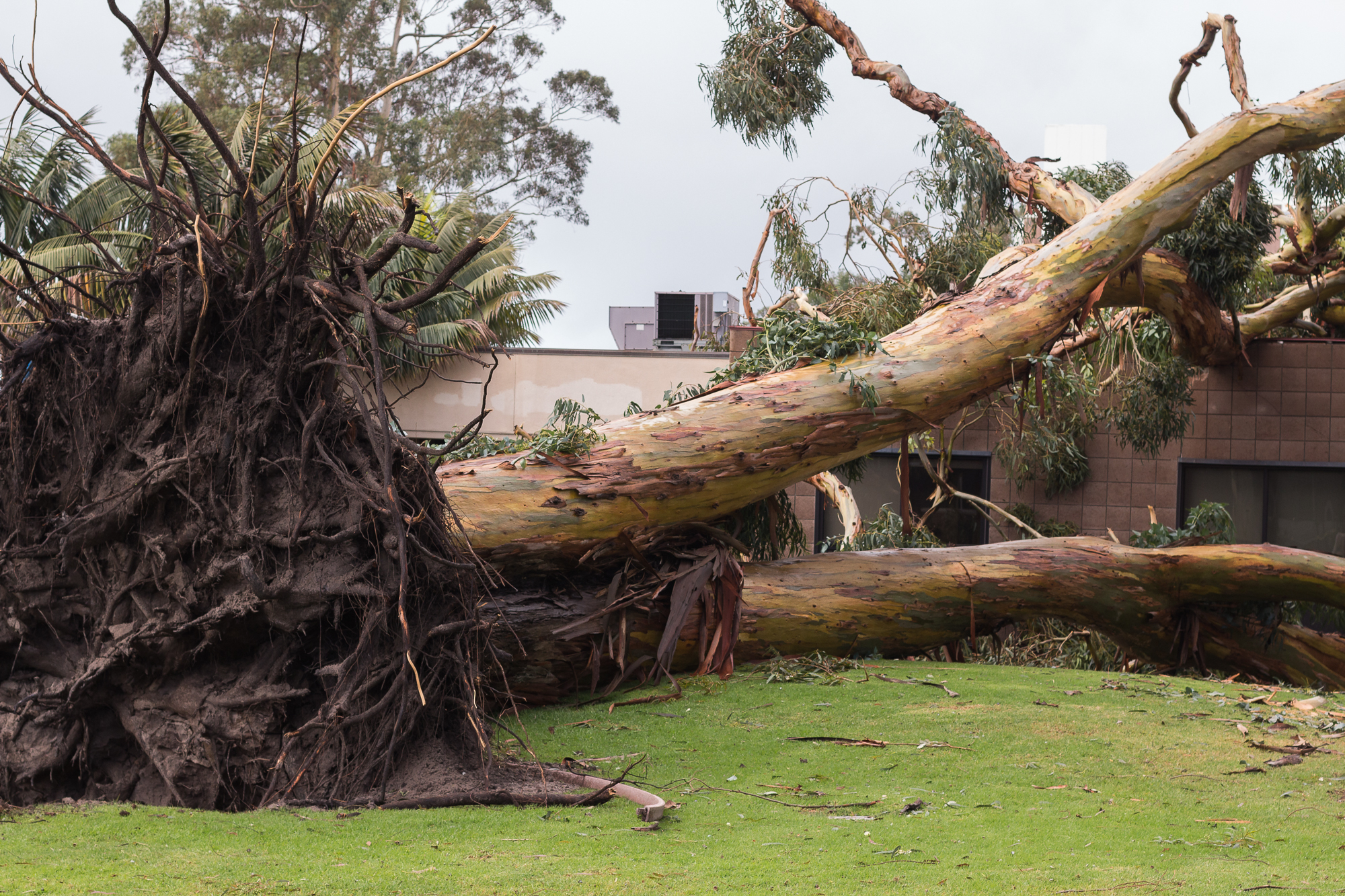 HDAE was left without a home following a storm in early February, which brought several trees crashing down both in Isla Vista and on campus.

The HDAE building, located near the Chi-5 dorms, was hit with a particularly large, 75-foot-tall eucalyptus tree, according to HDAE Chief of Staff Shalauna Miller.

“[The tree] fell on the De La Guerra building causing significant structural and roof damage. The subsequent water damage due to the roof failure was extensive, requiring the relocation of over 16 staff as well as the front desk operation for HDAE,” Miller said in an email.

She noted that the storm brought several inches of water into about 85 percent to 95 percent of the main office, along with water damage to the furniture and fallen ceiling tiles.

Since the storm, university staff has been working with contractors to remove damaged building parts – including air handling units and electric systems – while also “shoring up the damaged roof structure for safety and to mitigate further water damage during winter rain events,” Miller added.

The service will remain in the space from anywhere between two and four months, depending on the extent of the damage done to the office, according to UCen Director Gary Lawrence.

“The University Center, in consultation with HDAE management, agreed to help out with a temporary relocation of some HDAE staff whose offices were seriously damaged in one of the recent storms,” Lawrence said in an email.

HDAE will be paying the “standard rate” charged by the UCen, according to Miller. Kaplan paid approximately $4,420-a-month for the space, the Nexus last reported.