The Daily Nexus
News
UCSB Student Lays Foundation for First Ever Colourpop College Program
February 21, 2019 at 12:04 am by Sanya Kamidi 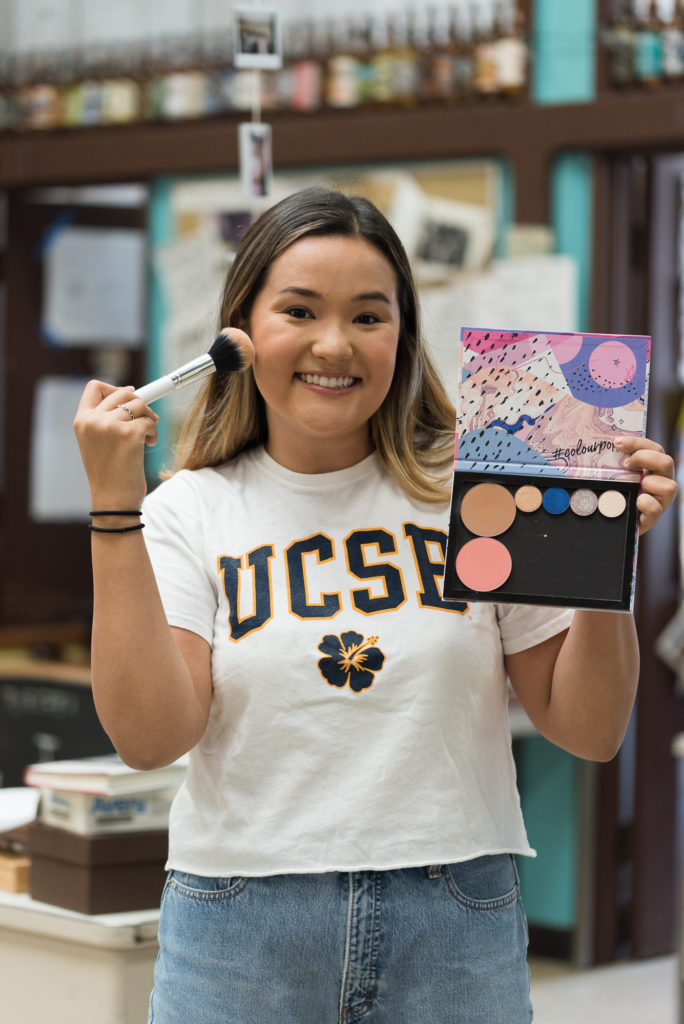 The makeup company, which is primarily sold online and in select Sephora and Ulta stores, garnered fame for its liquid lipsticks when it first launched and has since grown to encompass a variety of skincare and makeup products.

Mukai has only been working for the company as a marketing intern for three weeks, but during this time has focused on laying the foundation for the college ambassador program alongside her supervisors at Colourpop.

UCSB was chosen as the pilot school for the ambassador program after Mukai was selected as the intern and because of Santa Barbara’s vicinity to the Colourpop headquarters in Oxnard, Calif.

Mukai’s main responsibilities as the college ambassador include running the social media platforms and organizing giveaways and trunk shows to highlight Colourpop’s product lines on campus.

Mukai said that her passion for makeup is what sparked her interest in working for Colourpop.

“I just was looking at the Linkedin job page every other day for weeks, and then finally a job popped up and I applied for it. I had a few rounds of interviews, and thank god I got the job!” Mukai laughed.

Since Mukai is within driving distance from the headquarters, she travels to the office twice a week, where she works closely with a wide variety of departments.

“Colourpop, for people that are into business and things like that, is a completely vertically integrated company, so like everything from like the conception of a product all the way to it going out of the doors and to a customer is all through Colourpop,” Mukai said.

She described the office as having a “start-up feel,” and praised the company for the number of women in authority roles, a stark difference from a previous employer.

“For me being a young person going into the workforce …. it’s really cool to see all these women of power like just doing the work. They are the reason why the company runs,” Mukai added.

Being in the office also allowed her to get a better sense of the company’s personality, Mukai said, which has helped her learn more about how to merge the company’s brand and UCSB’s brand.

Mukai officially launched UCSB’s Colourpop College Instagram page on Tuesday, and said she was pleasantly surprised by the reaction from UCSB students, noting that the page reached 500 followers in the first 24 hours.

“The interesting part is either people absolutely know what [Colourpop] is and they love it or they’re like ‘what is this?’” she said.

She had previously worked for two years as the campus representative for PINK, a subset of Victoria’s Secret, which she believes is why she was hired to help launch the Colourpop College program.

While she says the responsibilities are similar on paper, it’s been a learning curve for Mukai as she transitions from advertising clothing to advertising makeup.

“I’m trying to take what I learned from UCSB PINK and apply it to this, but I realize more and more how different it is being a representative or an ambassador for makeup rather than clothing, ‘cause everyone wears clothing – not everyone wears makeup,” she said. 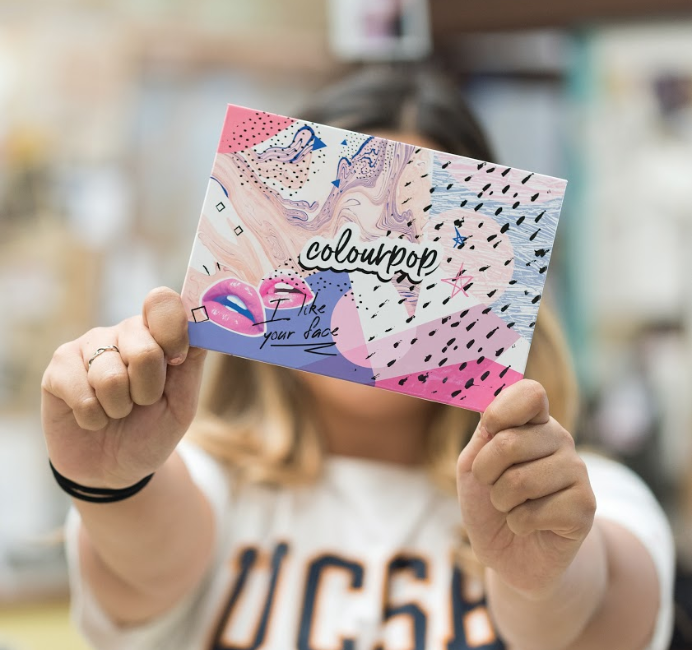 Even though makeup is her passion, Mukai said she wouldn’t consider herself an expert. She plans on reaching out to students on campus to populate the Instagram page with creative, hyperlocal and “eye-catching” content.

After getting the program off the ground, Mukai wants to focus on spotlighting these students, especially those “with smaller followings than the big beauty influencers, but [who] are equally, if not more, talented.”

She said that one of her favorite aspects of Colourpop is their attention to smaller influencers, and hopes to continue that at UCSB.

“I’ve already found so many talented people on campus,” Mukai said. “I get to bring those people to the forefront, like ‘look how beautiful they are! look at that cut crease, or look at that skin!’ and just kind of hopefully give them also a platform to succeed.”

One of the biggest talking points for the Colourpop College is the trunk shows that Mukai plans to host on campus. Since Colourpop is primarily an online store and only stocks certain Sephora or Ulta locations with a limited range of products, it is hard to get a good feel for the shades and textures of products before buying them, Mukai said.

The trunk show plans to bring a large range of Colourpop products to campus so students can swatch, and even buy them, to their heart’s content.

While Mukai is the sole college ambassador for now, she hopes that the program can grow both on campus and at college campuses across California and then across the country.

“I think not only is this a great professional opportunity in terms of learning about the industry that you wanna be in, but also it’s just a really fun way to get to know people and share a community of people that love makeup and love beauty and love skincare and things of all those natures,” she said.

Mukai’s love for Colourpop comes from both a consumer and a student point of view, she said. For one, Mukai praised the company for the affordability and quality of their products.

“There is, more importantly, a range of colors that fit all skin tones, which I’ve been surprised to see,” she added.

“I don’t mean to politicize makeup, but at this time and age, I don’t feel like you can’t politicize things, like I think that’s silly…. politics in some way touches every part of our lives, and I think that happens with makeup too, so it’s been great to see the makeup industry pay attention.”

As she works to solidify the program in the coming months, Mukai hopes to ultimately build a community around beauty and skincare products for students.

“I think that’s a really important part of this college program as it continues and hopefully grows, that they’ll be more of an uplifting of multiple people.”