The Daily Nexus
Sports
Gauchos Set For Home-Opener Against Hartford
February 21, 2019 at 10:42 am by Jorge Mercado 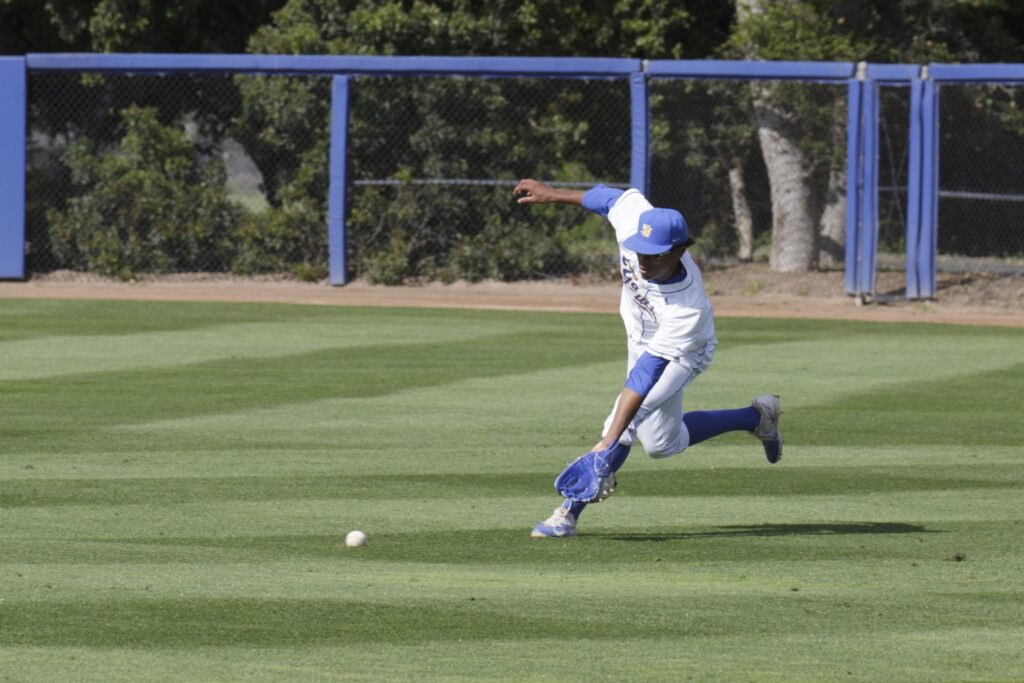 After being rained out of usual sunny Santa Barbara last week, the UCSB baseball team will play its home opener this Friday when it hosts the University of Hartford for a three-game series.

The Gauchos head into the match-up holding an even 2-2 record, following split series against Loyola Marymount — after the series was cut from three games to two and relocated to LMU — and against UNLV. In both series, UCSB won the first contest and came up short in the second.

As for the Hawks, they will start their 2019 campaign against the Gauchos on Friday as they will travel to Santa Barbara for just the second time in program history.

The first time Hartford visited UCSB was back in the 2016 campaign. That three-game series ended with UCSB sweeping Hartford.

In fact, those three meetings are the only matchups between these two programs in history.

Of course, the sequel hopes to be better considering how these two teams have changed since then.

Back in 2016, UCSB was on its way to a 43-win season when it swept Hartford as well as its first College World Series appearance in program history.

Fast forward three years later and Santa Barbara has won just 51 games in the past two losing seasons amassing an overall record of 51-60-1, the worst two-year stretch Head Coach Andrew Checketts since donning the blue and yellow in 2012.

Hartford, however, is coming off one of its most successful seasons in school history. Although the record might not show it being just 26-31, the Hawks secured first place in both the regular season and in the America East Tournament to reach their first NCAA postseason regional in program history.

Hartford is expected to be just as good this season considering it was selected to repeat as conference champions in the conference preseason poll.

Part of the reason expectations are high for the Hawks is the return of sophomore Nicholas Dombkowski, who is the first pitcher in conference history to win both America East Rookie of the Year and Pitcher of the Year honors in the same season.

Other key returners are senior letter winners Ashton Bardzell and Chris Sullivan who each batter over .270 and had 25 RBI’s.

Now, UCSB has come a long way in the past two years and if there was one year to go all in on the Gauchos getting back to CWS form, this would be the one.

The reason is simple: pitching. The past two seasons, UCSB held a team ERA average of 4.73, a whole run higher than its average in 2016 which was 3.73.

Checketts main coaching point has been pitching, after all, he came from Oregon as a renowned pitching coach. To that point, In total, Checketts has coached 12 pitchers drafted in the top 10 rounds since 2001.

This year, UCSB looks to have a much better staff in place. Now, Santa Barbara has allowed 5.5 runs in its first four games but in its two wins it allowed just two. In its two losses, it allowed nine.

The staff is highlighted by junior right-hander Chris Lincoln. Lincoln earned a position in the starting role last year and was great, however, this year he will help be helping out the bullpen as the ‘Chos ace and closer.

In his first, and only, appearance this season, the Moreno Valley, Calif. native tossed four no-hit innings and struck out five.

Other key pitchers include starters Ben Brecht and Jack Dashwood. For Brecht, the southpaw picked up the opening day win after scattering seven hits while striking out five and allowing just two earned runs.

Offensively, the ‘Chos are also loaded exploding for 35 runs in their first four games. Nearly every batter has been impressive, but sophomore infielder Andrew Martinez has been playing spectacular batting .500 with seven runs batted in.

He is also one of five Gauchos to have hit a home run this season. Other key hitters include senior catcher Thomas Rowan and freshman infielder Christian Kirtley who each have five RBI’s.

Overall, this is a very exciting weekend for UCSB to try to capture some early season magic. The two losses the Gauchos have suffered have been self-inflicted in that in both games they have blown a sizeable lead.

That being said, there is nothing like being home, a place that Checketts has coached exceptionally well with a 141-67-3 record over his tenure.

UCSB will play its home opener against Hartford at 2 p.m. on Friday, Feb. 22 at Caesar Uyesaka Stadium.

will any of these guys make the bigs?????? stephen e. hansen portola valley, CA