This year, the Women’s Ensemble Theatre group captivated audiences once again with their performance of the “Vagina Monologues” written by Eve Ensler. With the show being held at UCSB’s Campbell Hall this past weekend, students and community members had three chances to watch over 30 women perform Ensler’s rousing play about the trials and tribulations women across the world face throughout their lives.

The topics addressed throughout the show include sexual assault, childbirth, eating disorders, sexual orientation, sexism and death. These tough scenarios are depicted throughout the various characters’ monologues and “Herstories.”

“Herstories” are original pieces written by UCSB students that are featured in the show, which shines a light on narratives of modern young women. Each one gives the performance a personal touch and individualizes the “Monologues” to where it is being performed at any given time. This year’s performance focused on seeing the issues within societal and cultural norms and discussing how individual women were able to confront the effects created by these topics.

After walking into UCSB’s performance space for “Monologues,” people were immediately greeted with tables filled with vagina-related merchandise, including paintings of the female anatomy, stickers and even the popular “Pussy Pops” — vagina-shaped chocolates held on a stick, meant to be enjoyed like lollipops. The seating area was softly lit with pink lights while empowering music played. People were sitting with friends, and as the music began to fade away the stage darkened, prompting the show to commence.

Guided by three MCs, the show proceeded with over 20 monologues and “Herstories.” Throughout the show, the stage was lit in different colors, switching after every monologue — and with a set-free stage, all attention went to the women speaking. 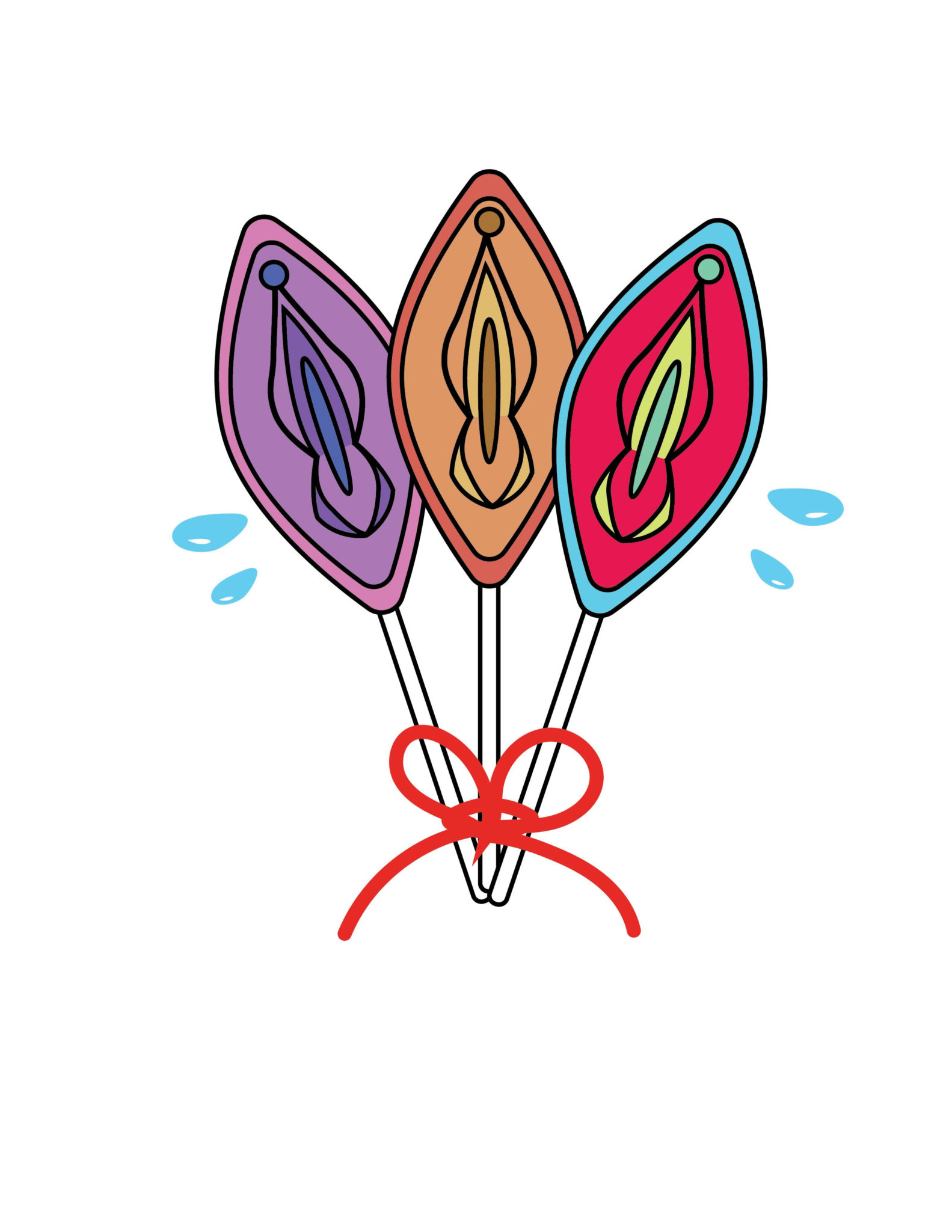 Using little to no props and wearing unobtrusive costumes only added to the fact that there was a spotlight on the women and that it was meant to stay on them and the accounts they presented. Each of these stories was meant to bring forth empathy and help the audience relate to the story. Every word spoken in the production was a woman’s account of her life or a specific event that happened. Knowing that these narratives are based off of real women’s lives helps people to truly understand the production and the truth behind the words spoken.

Every woman has experienced different things in her life, and that is what the monologues represent. This is why there were amazingly hilarious stories of a woman appreciating her body such as “The Woman Who Liked to Make Vagina’s Happy” as well as deep, heart-wrenching narratives of rape and war as seen in “My Vagina Was My Village.” That’s the point of the “Vagina Monologues” — to remind people that there are both good and bad stories when it comes to the lives of women around the world.

In an effort to help women who need support when they previously had none, the V-Day Spotlight campaign draws focus to a particular issue that needs to be addressed either in the United States or worldwide.

This year, the campaign calls attention to the issue of decarceration of women in prison and for programs in detention centers with goals to help women process past experiences and heal. By spotlighting this issue, V-Day Humboldt hopes to seek higher ethical treatment to women in prison. They also hope to bring attention to the factors that cause higher incarceration rates for women, including racism, poverty and violence.

This particular production of the “Vagina Monologues” also chose to help benefit another group. All proceeds from the production were donated to the group Standing Together to End Sexual Assault (STESA), an organization that seeks to help eliminate all forms of sexual assault through providing services and education.

All of this is what makes the “Vagina Monologues” special. Not only is this a show open for all to come and watch, but there is motivation behind the show. The people involved in the production want to tell the story of these women and want to do their best to help people who need it. They want to spread their stories to educate and to show people the lives of women around the world — and to donate to groups that raise awareness around issues that society often would rather ignore. The show is there to help, whether by teaching people about the violence in the world or helping others get over the social taboo of saying “vagina.”

Confronting taboos? What, like the taboo that not all women have a vagina, and that this trans-exclusionary and anti-social-constructionist movement is doing anything but marginalize LGBTQIA++ members of society and preventing them from gaining their well-deserved rights?