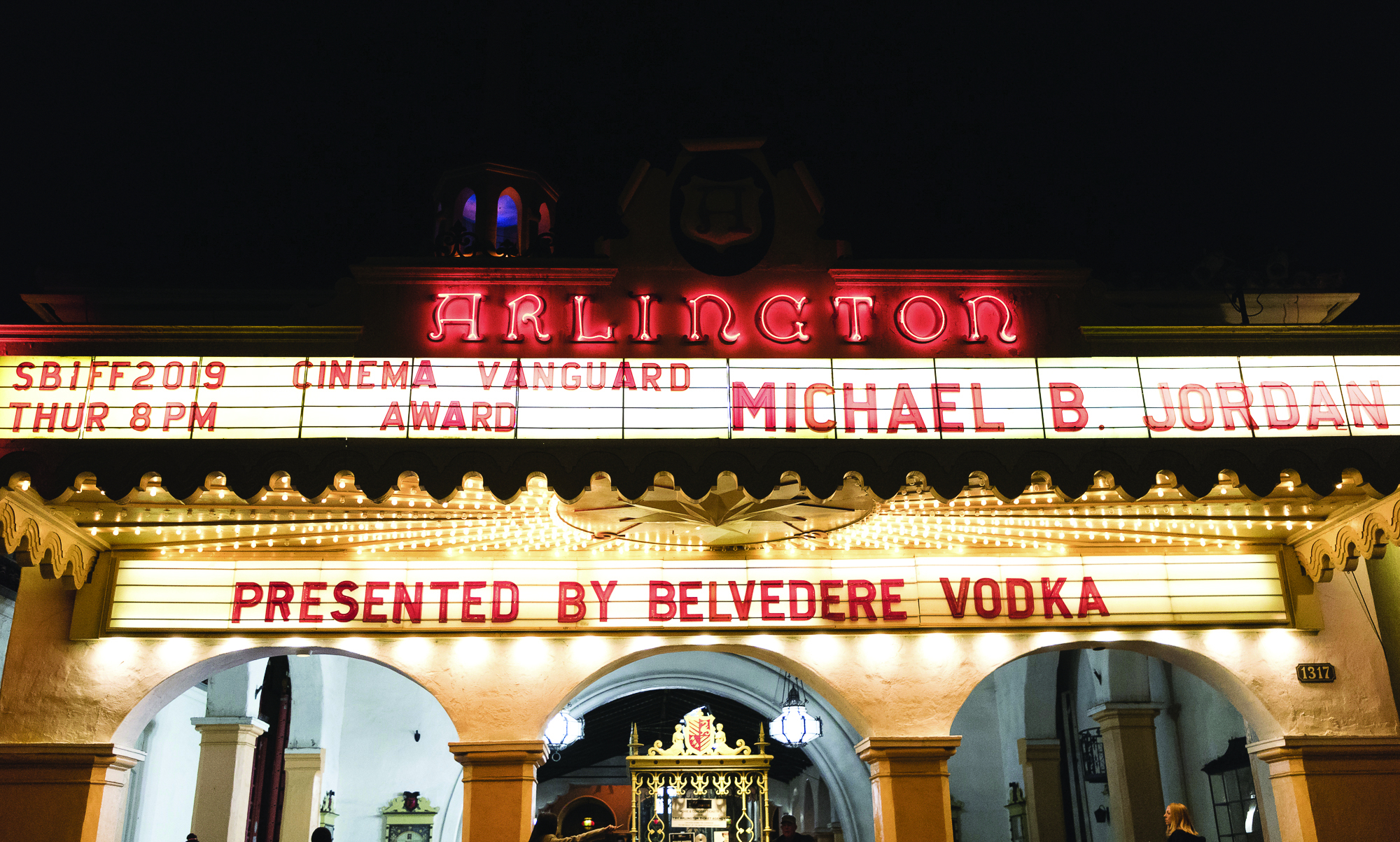 The 34th annual Santa Barbara International Film Festival showcased some of Hollywood’s biggest stars along with award-winning short films and documentaries. Here is a recap of each day of the star-studded, multi-day celebration:

The Santa Barbara International Film Festival (SBIFF) opened and closed with Santa Barbara films, starting with a screening of the film “Diving Deep: The Life and Times of Mike deGruy.” The film was directed by Mimi DeGruy, the wife of the story’s protagonist Mike deGruy. Mimi commended Roger Durling, the executive director of the film festival, for keeping the festival local in regards to putting a spotlight on Santa Barbara films, even though the event is traditionally global in scope.

The film is a documentary about Mike deGruy, a biologist and filmmaker who filmed in oceans around the world, capturing images of unique sea creatures. DeGruy died in a helicopter crash in Australia in 2012 while filming for James Cameron. The film serves as a memoriam that celebrates deGruy’s achievements and passions through Mimi’s point of view.

The second day opened at the Arlington Theatre with one of the most anticipated tribute events of the festival, the Outstanding Directors of the Year award.

The honorees included Alfonso Cuarón of “Roma,” Yorgos Lanthimos of “The Favourite,” Spike Lee of “BlacKkKlansman,” Adam McKay of “Vice” and Pawel Pawlikowski of “Cold War.”

Each director participated in a one-on-one interview with The Hollywood Reporter columnist Scott Feinberg. All praised each other’s films profusely and when asked to identify other noteworthy films of the year, three of the five directors selected films directed by women. A notable response from Cuarón about his filmmaking process was that he “had to have less control in the process in order to give him more creative freedom.” Roger Durling closed by presenting the five directors with their awards, noting the cinematic talent and diversity in the group.

Day three was one of the most anticipated tribute nights of the whole festival, with Rami Malek receiving the Outstanding Performer of the Year award for his performance as Freddie Mercury in “Bohemian Rhapsody.”

I had the chance to speak with Malek, who arrived at the red carpet with presenter and co-star Joe Mazzello and co-star Lucy Boynton:

Q: Did you have any background on Queen before acting in “Bohemian Rhapsody”?

A: Not like I do now, no. I think everyone in this cast feels like they could write their own biography about the band. For me, it was just hearing the music and feeling the same passion behind it that we all feel when we hear a Queen song. I think it touches everyone in their own unique ways, but it galvanizes us. It’s a story that I wanted to be a part of telling.

Q: There’s a certain amount of pressure with playing such a legend in a biographical film. Did you feel any of this pressure while acting?

A: Of course, an immense amount of pressure. I just thought that if I had the right resources and enough time, that there would be a chance that I could pull it off. I think when we get to be the face of these films — the image that people see — but for myself, it’s a combination of so many different forces that have allowed me to stand here and say, ‘I got to portray Freddie Mercury and possibly pull it off,’ and that is due to the work of everyone on set. It’s everyone coming together and creating that performance that allows me to represent a film and not just myself.

Malek was then interviewed by Feinberg about his career and background; Malek spoke about how his early gigs placed him into a category of “Egyptian roles” because of his ethnicity and about his initial struggle to make his mark in the industry. Malek also talked about his preparation for his role as Freddie Mercury, in which he detailed his admiration towards Queen and Freddie’s passion and comfort on the stage.

Viggo Mortensen was honored with the American Riviera Award for his performance in “Green Book.”

Mortensen was interviewed by Deadline awards columnist Pete Hammond, reflecting upon his acting career. Mortensen said he decided to become an actor at the “relatively late age” of 21 but started educating himself on film by visiting revival movie houses, where he became inspired by “spellbinding performances.”

He also stated that he was lucky to land so many minor roles early in his career because it allowed him to practice the craft of acting. He cites the “Lord of the Rings” franchise as opening the door for him.

Mortensen closed by remarking that the best result of “Green Book” is that it has helped people discover the music of classical and jazz pianist and composer Don Shirley. At the end of the night, Mortensen’s longtime friend Ed Harris presented the actor with the award.

Glenn Close was first presented with the Maltin Modern Master Award for her performance in “The Wife.” Close discussed “The Wife” in an interview with film critic Leonard Maltin. Close stated that it took 14 years to get the money to make the film, but that it had an interesting script unlike any other project she’d done before. She also went on to discuss her performance in other films like “Fatal Attraction” and “Cruella de Vil.” Close was humbled when she accepted the award, saying she is “blessed to be able to do the thing I love most in the world.” Close’s dog, Pip, also made numerous appearances onstage during the tribute.

Later that evening, a sold-out crowd attended the Montecito Award tribute, given to Melissa McCarthy for “Can You Ever Forgive Me?” In a conversation with IndieWire Editor Anne Thompson, McCarthy discussed her early work in “Gilmore Girls,” reminiscing upon her first job which lasted for seven years. She went on to discuss “Bridesmaids,” “The Hangover” and her love for producing with “building a project from the beginning up.” McCarthy’s co-star Richard E. Grant presented her with the award and McCarthy thanked the SBIFF for “shining a light on these types of movies.”

On day six, Variety presented the Variety Artisans Awards at the Lobero Theatre to those “essential to the filmmaking process who have exhibited the most innovative work of the year in their respective fields.”

Day seven entailed The Virtuosos Awards, intended to honor actors for noteworthy performances. Each honoree engaged in a one-on-one discussion with interviewer Dave Karger, followed by participation in a panel discussion. Each actor discussed their acting experience and how they learned to channel emotions and realize the scope of their role to truly succeed in their respective films. Following the panel discussion, actor Christopher Lloyd presented the awards.

Day eight was by far the most media-heavy and fan-filled night with the last tribute award: the Cinema Vanguard Award honoring Michael B. Jordan for his work in “Black Panther” and “Creed II.”

Jordan was greeted by a mob of excited fans, followed by a brief red carpet appearance before his interview with Feinberg. Jordan discussed working on a soap opera, his big move to Los Angeles, his preference towards non-stereotypical roles and ended on the significance of “Black Panther” as a cultural phenomenon that he called their “Star Wars.”

Actor Jamie Foxx made a surprise appearance to present Jordan with the award. “I’m not in this for fame. I’m not in this for the attention. I’m really trying to create a blueprint to show people that if you’re good, and you’re good-hearted, and you do the right thing, that you can be successful,” Jordan said after accepting the honor.

The last night of the festival featured the world premiere of “Spoons: A Santa Barbara Story” by director Wyatt Daily.

“Spoons” details California’s surfing history and how Santa Barbara produced, and continues to produce, some of the most world-class surfers and innovators.

The Santa Barbara Film Festival brought tourism, fame and inspiring words from the finest directors, actors, and creators that made fans and the press alike feel like they were a part of the glamorous and powerful Hollywood scene. 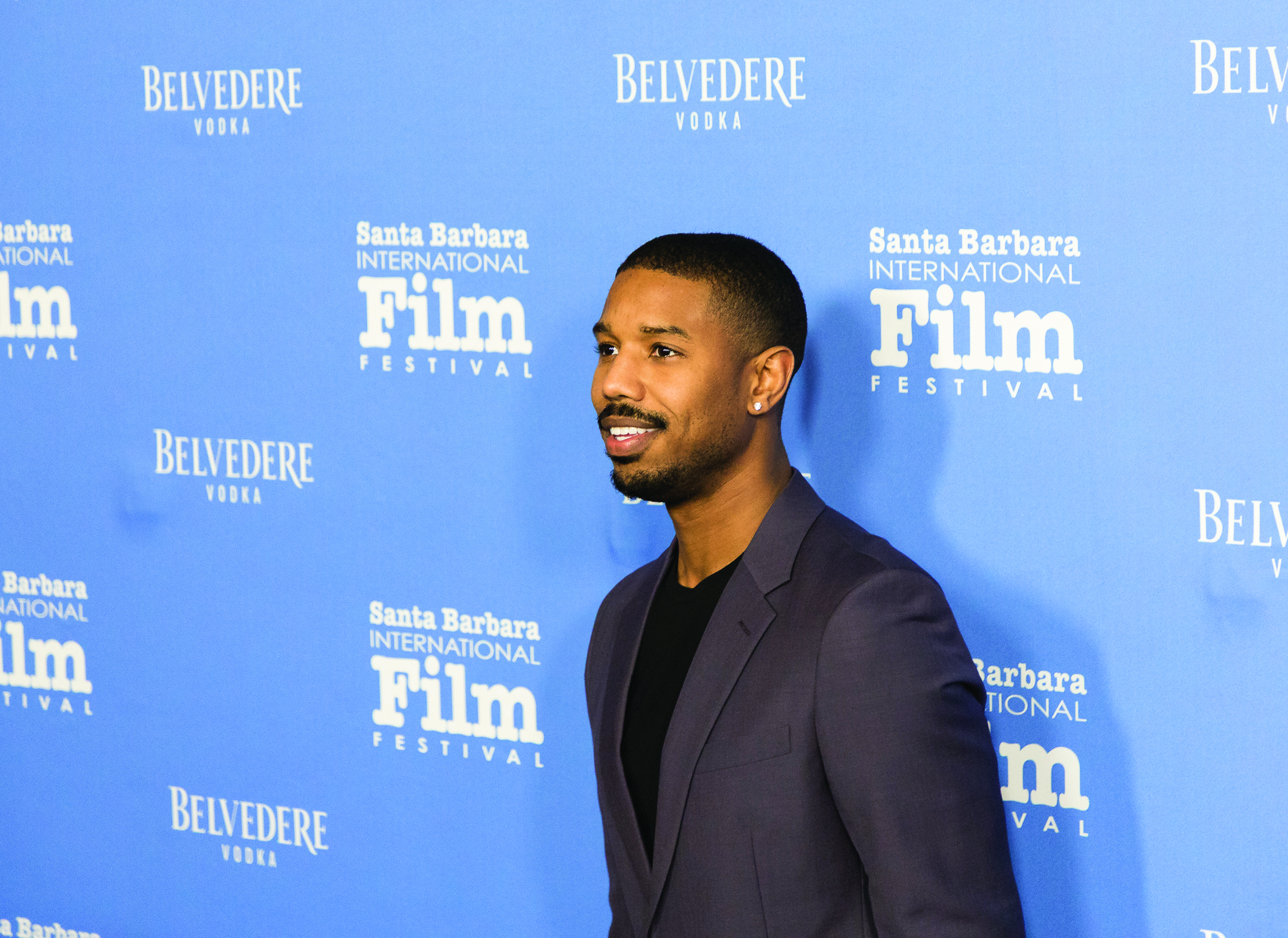