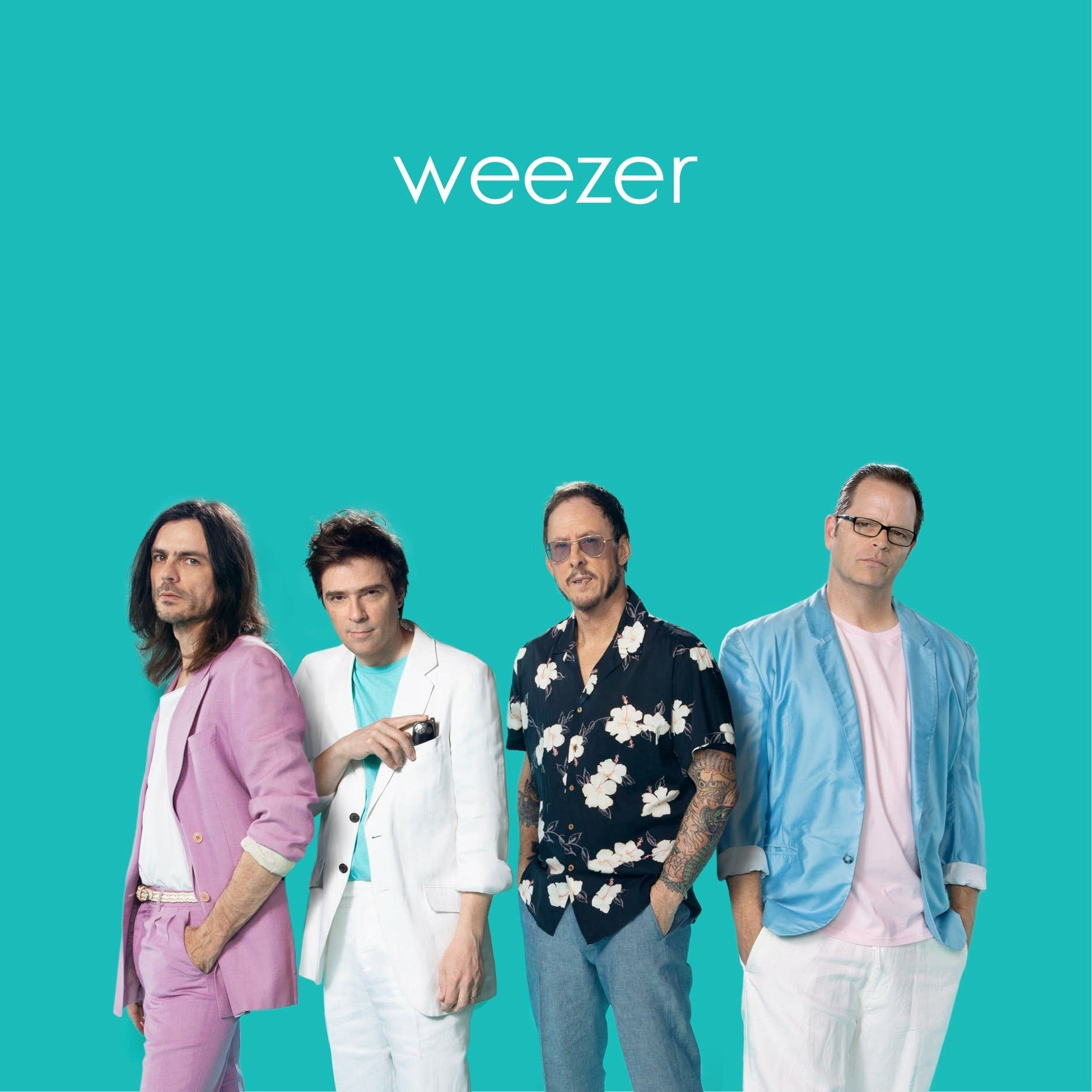 Courtesy of The Current

Only a band like Weezer can make over two decades of releasing catchy nerd-rock anthems feel so unpredictable. With a diverse discography running the gamut from the cacophonously angsty Pinkerton to the pristinely poppy Green Album, the band has had to deal with praise and criticism of every shape and color through the years. Following the musical civil war between artist and audience after the negative response of last year’s Pacific Daydream, The Teal Album is the first entry in the postbellum period of Weezer’s discography, surprising fans with an entire album’s worth of covers.

As soon as I hit play, I found myself wearing the same smile on my face as I had in the fifth grade, when I first I heard the band singing about destroying sweaters. And even though the songs may not deviate too far from their source material, the album as a whole is still very much a Weezer album.

The first four of the 10 songs on the tracklist harken back to ‘80s synthpop classics. The album opens, of course, with the song that started it all: Toto’s “Africa,” released in response to a meme account on Twitter jokingly begging the band for the cover. The band’s instrumentation handles the reins for the next two covers — Tears for Fears’ “Everybody Wants to Rule the World” and Eurhythmics’ “Sweet Dreams (Are Made of This)” — with classic Weezerisms like chugged power chords and simple but punchy drum patterns blending in seamlessly with the songs’ synthpop edges.

But frontman Rivers Cuomo steals the spotlight in his rendition of a-ha’s “Take On Me,” particularly when he hits the chorus’s notorious high note (a nightmare for karaoke singers and audiences alike) with such natural effortlessness that I’m surprised we haven’t heard Cuomo show off his falsetto more often.

The ‘80s nostalgia fades into the drug-addled music of the ‘60s and ‘70s, beginning with the album highlight “Happy Together,” which transforms the Turtles’ quirky psychedelic ditty into anthemic power pop. Cuomo shines yet again with his Beach Boys-like harmonies throughout the track, but the real star of the show here is rhythm guitarist Brian Bell, whose alternation between subtle licks and heavy walls of distortion give the song such a unique, grungy flavor that  it could probably pass as a Weezer song from Everything Will Be Alright in the End. This version of “Happy Together” distinguishes itself so well not only from the original, but also from the rest of the album’s pattern of carbon-copy covers, that it wins the silver medal out of the whole tracklist. (More on the gold medal later.)

Brian Bell continues his streak on the band’s version of Black Sabbath’s “Paranoid,” this time by temporarily stepping up to lead vocals with what sounds like a cross between Ozzy Osbourne and Patrick Stump, right before the band completely shifts the mood with a faithful rendition of ELO’s uplifting “Mr. Blue Sky.”

The gold medal I promised earlier undoubtedly goes to Weezer’s reimagination of TLC’s “No Scrubs.” Rivers Cuomo’s nasal voice and eccentric personality somehow fit perfectly with the band’s R&B instrumentation, earning him the distinction of being possibly the only 48-year-old lead singer of a ‘90s rock band who can pull off bragging about “looking like class and he’s looking like trash.” I spent the first few seconds of the song wondering how this combo could possibly make sense; every second since then, I’ve been wondering how it couldn’t.

It’d be fairly easy to find a Weezer fan with qualms about the The Teal Album — the featured “Billie Jean” and “Stand By Me” covers leave a lot to be desired. It might not be as memorable of a cover album as Tony Bennett’s Duets or Mark Kozelek’s Like Rats. Some might even go as far as to file it under the “so-so karaoke” section of the record store. Maybe none of these are too far from the truth. Regardless, listening to this album is like watching your parents sing along to the songs they grew up with — they’re not perfect renditions, nor are they refreshingly innovative takes, but they’re not meant to be either.

The Teal Album is lighthearted in spirit. It’s self-aware. But most importantly, it’s fun. Only a band that has a song about eating their candy with pork and beans would cover Black Sabbath and TLC in the same album, remain close to the originals and create a final product that still very much fits in with the Weezer ethos.