The Daily Nexus
Opinion
Academic Culture Shock: Do Europeans Really Do It Better?
February 20, 2019 at 10:52 am by Simon Ahrens

On the day I received my confirmation to study abroad at UC Santa Barbara, it was one of those characteristic rainy London moods in April. Looking at the startled and somewhat jealous faces of my friends, I realized I had just received the golden ticket out of there and on toward California.

Apart from the preliminary research I had done on sunshine, surfing and social life, I was also intrigued by the promise of cutting-edge teaching indicated by the high academic standing of UCSB as the No. 5 public university in the U.S. After the first two months or so in I.V., I must confess that while the former completely fulfilled its promise (you rock, DP daygers!), the lack of the latter is the source of a personal academic culture shock.

Aside from the formal similarities of the Atlantic university systems, the structures and procedures of UCSB classes remind me of high school micromanagement despite their potentially inspiring content. When connecting this experience to the wider social life, it struck me that the largely mechanical learning ideology has counterproductive effects on overall student interaction and may create a negative attitude towards pursuing an academic degree in the first place. 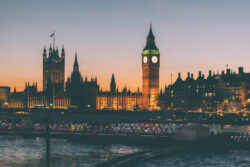 My first upper-division global studies classes here have been quite disillusioning given the stark differences between UCSB and my home university in matters of independent analysis and discussion-based learning. While the amount and content of coursework is comparable, I came to appreciate my previous experiences in open debate and in-depth student presentations. At home, TAs were mainly in charge of sparking discussion through controversy based on readings rather than desperately trying to find a student to read aloud the assigned weekly paper and then spend the rest of section summarizing it.

During my first year, students were essentially thrown in at the deep end, a phenomenon which is exemplified by the absence of prompts in essay assignments. While this may seem daunting, it effectively taught me how to structure and develop a thesis beyond set standards of what is considered right or wrong. Rather than myopically following instructions, this teaching style facilitated the formation of opinions and proved rewarding both academically, by improving argumentative originality, as well as personally, by inducing the feeling of having produced my own work.

Many of my global studies courses here are filled with data, graphs and theoretical concepts which are, of course, essential to understanding the topic, yet often counterproductive in initiating debate. While students are on top of their game in factual knowledge given the frequency of homework, quizzes and midterms (which seem to arise at any point but in the middle of term), a critical approach to controversial issues is seldom asked for. Questions on the part of the students are not non-existent but largely directed toward the study guide for the next quiz and clarifications or definitions, which students then obediently type into their MacBooks.

In one of my classes, we are supposed to analyse highly ambivalent philosophical texts. Our first paper encouraged institutions to consider students as co-creators of education rather than mere recipients. Having read it, I could not wait for potentially controversial discussions in the gloomy halls of I.V. Theater. In contrast to the critical theory, however, the lecture was a pinpointed summary rather than an analysis, let alone a critique. Ironically, the main thesis — thinking for yourself — of this and subsequent readings seemed like a distant utopia, essentially desirable but expressed in too old a document to apply to our classroom.

The corresponding sections nipped any serious debate in the bud by featuring enjoyable yet awkwardly long surveys about our personal lives and monotonous monologues by a TA who seemed to have turned the section into an emotional support group. This is not to downplay the importance of connecting with your peers, but it is quite telling regarding the apparent disinterest of some teaching staff in conveying critical analysis skills.

Assessment through multiple choice quizzes effectively tests diligence but undervalues opinion and coherent argumentation, which could be practiced in presentations or group discussions. A clear imperative by professors to respond to exam questions in a way that “resembles the way we talked about them in class” restricts the possibility of an independent and personal analysis from the start. One gets the impression that students are primarily supposed to learn rather than think, let alone learn how to think critically.

From getting to know regular UCSB students during my first weeks in I.V., I experienced the wider social and personal implications to this particular structure of academic life. There appears to be a broad consensus on a clear separation between university and the social environment. “Do your work and then enjoy life” is a motto I have often heard around other Gauchos.

When connecting this experience to the wider social life, it struck me that the largely mechanical learning ideology has counterproductive effects on overall student interaction and may create a negative attitude towards pursuing an academic degree in the first place.

Rather than seeing both academia and social life as something that can be unified through subject-related discussions with friends while chugging Natty Daddy’s at Sands, classwork appears to be more like a part-time job than a life-shaping endeavour. Of course, we all finish our essays in the last minute and go out to crash Friday parties on DP, but almost no one comes back to discussing the controversies of the essay topic once sobering up with friends and munching on Jesus Burgers.

This is not at all to demand nerdy discussions or to put an end to the marvelousness of casual trash talk for the sake of upkeeping academic rigour and obsession. It is to say that given a sincere interest in your degree subject, there should be a lot more to most class readings and assignments than the feeling of relief you get when scratching them off your to-do list.

Being critical of the lack of critical thinking also requires a critical approach to one’s own views. These observations are the source of a highly subjective eight-week experience of an I.V. newcomer. Naturally, this is also a highly restricted depiction of academic life given that the discussion or lack thereof regarding moral controversies are mostly found in the social sciences.

When my friends from home FaceTime me and ask about my study abroad experience, I excitedly tell them about I.V.’s welcoming culture, the inexhaustible supplies of the A.S. Food Bank and the electrifying feeling of liberation during sunset surfs. But I also tell them about the one-sided academic culture of memorization and how I miss controversial discussions and self-determined studying.

My academic culture shock at UCSB has been not so much about the content of the classes but about the way they are taught. By following a high school doctrine of internalizing information instead of analysis-based teaching, the class structure hampers independent thinking and debate between and among students and staff. Consequently, students themselves demand to be taken by the hand and guided through the jungle of homework assignments instead of following their academic passions through specialisation and research. While debating with a friend about the outline of this opinion piece, we realised that the nature of teaching at UCSB has not yet allowed for one of the most exciting and valuable characteristics of university life: learning from your peers.

Simon Ahrens encourages UCSB students and staff to foster independent thinking and meaningful discussions both inside and outside the classroom.