The Daily Nexus
News
New Food for All Coalition Takes Aim at Food Insecurity
February 19, 2019 at 10:06 pm by Caleb Brown

The Food for All Coalition held its first general meeting on Friday at the Biko Garage in Isla Vista, with students in attendance discussing the successes and setbacks of food security and sustainability programs at UC Santa Barbara. 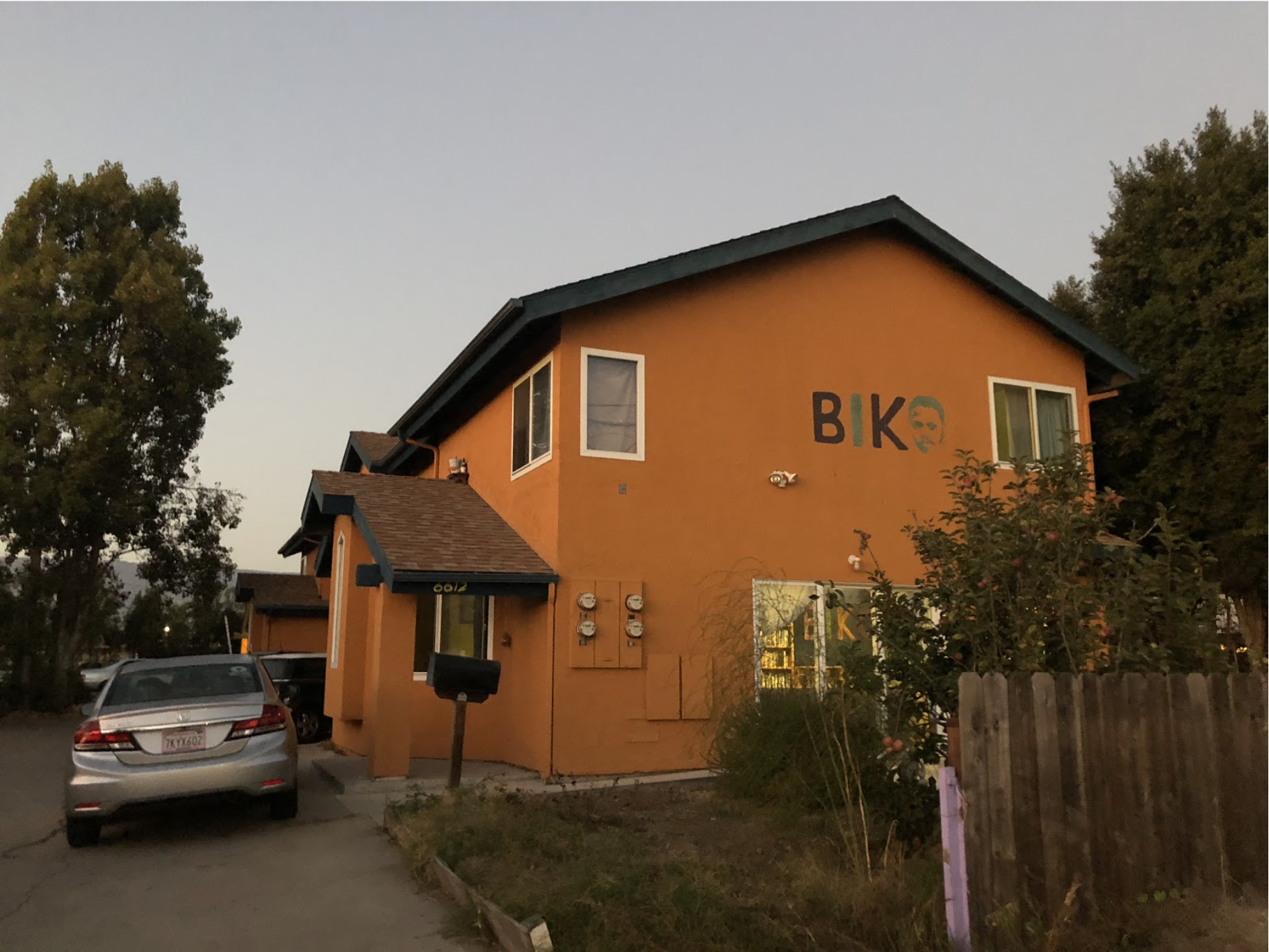 The Food for All Coalition held its first meeting at the Biko Garage on Friday. Laila Voss / Daily Nexus

“[The retreat] was awesome; it was having everyone together because that never happens [and] we were drafting different ideas,” Michaela Austin said, a fourth-year sociology and environmental studies double major and student ambassador for the UC Global Food Initiative, said.

For Austin, who presided over Friday’s meeting, the goal of the coalition was obvious.

“[The purpose is] very simple. Update each other, build coalition[s] and again, the goal is to get food insecurity on campus to as low a rate as possible,” Austin said. “If there is a problem we all agree on, let’s go to the UC with a unified voice.”

Some of the positive updates and successful programs on- and off-campus were discussed at the opening of the meeting as well.

“We got well over 2,000 people enrolled in CalFresh that we know of through the program and this year’s benchmark is 6,000,” Etaat, a fourth-year economics and environmental studies double major and USDA Food Insecurity Research intern, said.

During the meeting, several students also discussed the accessibility of food security and sustainability programs are to underserved students. Marilu Bedolla, a fourth-year language, culture and society major, noted that Deferred Action for Childhood Arrivals (DACA) recipients are unable to access CalFresh.

Due to their ineligibility for the federal program, which has no locally funded alternative, undocumented students remain neglected, Marilu emphasized.

“That is a constant issue that we don’t know what to do with it. CalFresh pulls in a huge amount of resources into this campus, but again, because undocumented students are not eligible for that, what do we do?” Austin replied.

“CalFresh pulls in a huge amount of resources into this campus, but again, because undocumented students are not eligible for that, what do we do?”

“Right now, the main things we have been pushing [are] what we do have on campus, which are the food pantries and free prepared meals.”

Jack Greenberg, a third-year cultural anthropology major and employee at the I.V. Food Co-op, brought up the possibility of having a plot of land in the Greenhouse and Garden project to serve the undocumented population.

“One of my friends is looking to start an undocumented plot in the Greenhouse and Garden project … hopefully that will be a resource also where it can be already paid for and once it grows actual food can be [made available].”

Those in attendance also expressed concern about CalFresh availability at on-campus convenience stores, stating that the Arbor remains the only on-campus institution to accept the program.

The lack of whole foods, particularly raw fruits and vegetables, at the Arbor was another point of concern with food availability for CalFresh recipients.

Students also discussed the closure of the UC Global Food Initiative, which was intended as a short-term kickstart for campuses to address food security.

“We still have to do that work; we want [those programs] to be funded — it’s not a given,” Austin noted.

The Food for All Coalition is in the process of becoming a permanent standing committee under A.S. with support from A.S. Senators Anthony Hernandez, Rafael Cornejo, Gabriella Shofet and Sydney Karmes-Wainer.

Hernandez wants to work on increasing turnout for the meetings. He noted his concerns about having a low turnout of students since the meetings are scheduled for Fridays.

“We thought about having a night market while we have the meeting since it’s Friday night and people are going to [Del Playa]… We want to build a culture around it, so that way people know about [Food for All].”

The Food for All Coalition holds biweekly Friday meetings at Biko Garage from 5 p.m. to 6 p.m.

Caleb Brown is a reporter at the Daily Nexus and can be reached at news@dailynexus.com.

I think we all agree that illegal aliens should not be able to get free food on the taxpayer’s dime.

Actually…some of us have morals and we don’t celebrate when other human beings suffer or starve because, you know, compassion and common decency IS a thing.

Maybe, if they were actively working to form their own corrupt government, I would agree.