The Daily Nexus
Music
Mellow out With Fin and His Company
February 19, 2019 at 10:41 pm by Hannah George 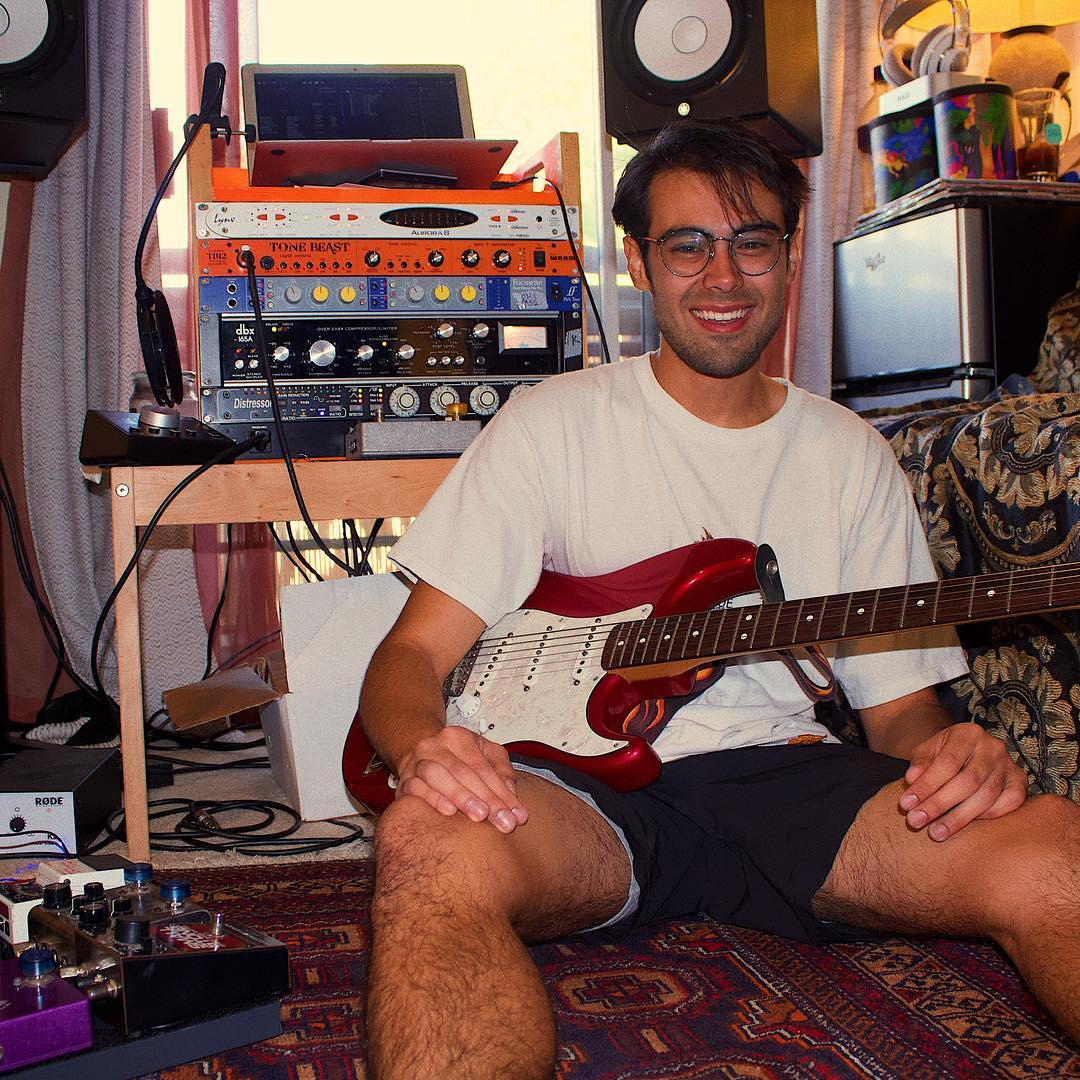 By week five of winter quarter, the UCSB community is pleading with the sky to bring around some much needed sunshine. Dreams of bikinis, booze and warm sandy beaches help to power students through essays, midterms and a lot of stuff that doesn’t seem to matter but actually does. Once the sun comes out, the only way to complete a college coastal dayger is to accompany it with fresh, euphoric jams. Well, we’re in luck, Gauchos. Fin’s Mellow Company, an alternative solo recording project by Andrew “Fin” Tyler, hit SOhO in Santa Barbara and shed light on his band’s third project.

By the first act of the night, the room seemed quiet, but not after the band erupted in blissful noise. Every millennial in the bar staggered over to catch a listen. After a cover of Pat Ballard’s “Mr. Sandman,” the crowd cheered in anticipation for more euphonious tunes.

Andrew Tyler’s outfit went hand-in-hand with the bedroom-born beach music. Feet exposed, coke-bottle glasses and a dad hat set the tone for the night as Tyler fished around the stage for his pick. Over on the keyboard, Luna jangled a tambourine while simultaneously striking some bongos and a set of chimes. The mood was comparable to a summer beach bonfire as the band had one-on-one conversations with the audience throughout the set.

To kick off the night, Tyler started with an ode to his high school girlfriend titled “Data Muse” from his first album Oceano. As a greeting to Santa Barbara, he was sure to include that the  songs originated on Oceano Street during his time at Santa Barbara City College.

Following this nostalgic indie jam, the band played a hit off their second album, Sequoia, called “How to Tell You.” Described as a bolder project, it was not to disappoint with a beachier pop feel. With the crowd’s heads bopping, Tyler enlivened the music with goofy facial expressions.

Proving their range of sound, the Company slowed it down with a brand new song “Butterfly” off of their upcoming album, On the Corner. “It’s kind of me turning into more of an adult as a musician,” Tyler explained.

Finishing off the night was the rightfully covered song “This Love” by Maroon 5, especially given their recent performance at the Super Bowl. Every audience member was belting the lyrics as the Company’s alternative take on this pop rock classic resonated through the restaurant-bar. The evening was no letdown as the band closed out.

According to Tyler, there is no shortage of easy-going tracks for the upcoming months. Working three minimum-wage jobs out of Pasadena, Tyler is funding his musical dreams and his success is forthcoming.

“We’re going to be releasing a few singles after our tour in March,” he said. “And then we’ll release the album, On The Corner.”

With a tour and an album on the rise, we will definitely be seeing more of the Company this spring and summer. All alternative-loving, mellowed-out beachgoers will find a perfect musical match in Fin’s Mellow Company — luckily, their music is available on Spotify, Apple Music and YouTube.