For the last 10 years, UC Santa Barbara was more than an office space for LaDonte King. It was home.

As a former alumnus, Assistant Judicial Affairs Coordinator and former Primary Advisor for the Associated Students Executive Officers and Senate, King recently departed from his latest position at the university, tying off nearly a decade spent on both sides of the desk, as both a student and advisor. 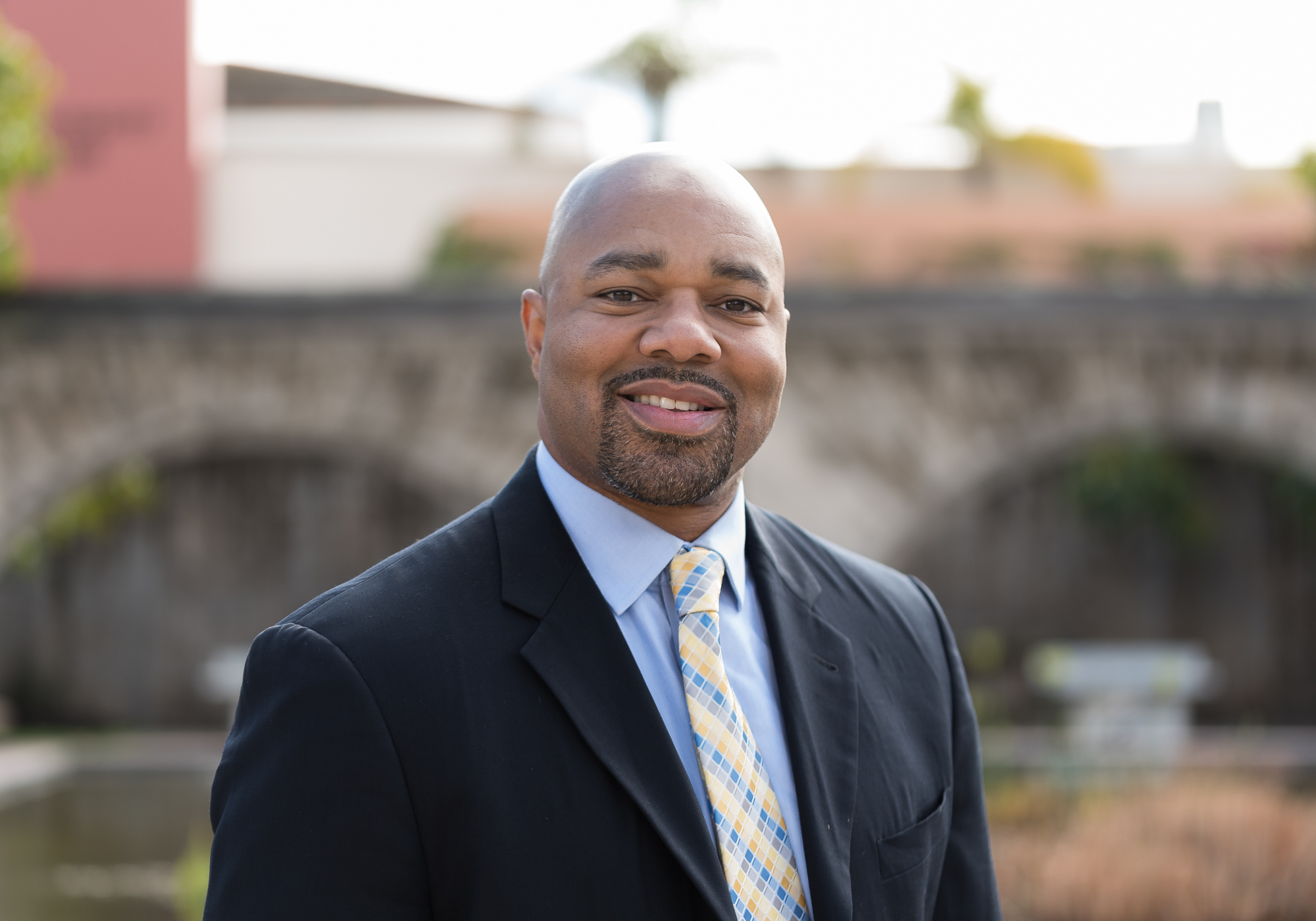 King recently departed from his position at the university. Siavash Ghadiri / Daily Nexus

In honor of his departure, Associated Students (A.S.) On-Campus Senator Zion Solomon and College of Letters & Science Senator Xochitl Briseno proposed a resolution at the Jan. 23 Senate meeting which reflects on King’s impact during his time at UCSB.

The resolution, officially known as “The King’s A+ For Excellence Awards,” will award five student leaders who each exhibit “outstanding contributions to A.S or the student body as well as academic excellence.” Each award includes a $500 grant funded by A.S., according to the resolution.

Senate voted unanimously in favor of the resolution.

“He was always going out of his way to support students academically and emotionally,” Solomon, a second-year history of public policy major, said. “That’s why I created the award, because it is specifically for students who go above and beyond who aren’t necessarily compensated for that.”

Solomon, who first met King through a Guiding Underrepresented Individuals in Developing Educational Success (G.U.I.D.E.S.) Summer Orientation, remembered that he took the time to share academic tips to first-generation college students who were concerned about how to succeed in school.

As an advisor, King, a former black studies major at UCSB, emphasized to his students the importance of grades and time management. King strived to ensure students had the time they needed to excel in school while fulfilling their roles in A.S. and extracurriculars, according to Solomon.

“[King] would always walk into a room and be like, ‘How are we doing on grades? Thumbs up or thumbs down?’ or ‘Are we shooting for a 4.0?’” Solomon said. “Just reminding people that we’re students first and leaders second and he displays that as well.”

Alexandra Gessesse, a third-year history of public policy major, former A.S. senator and student sponsor of the resolution, remembers first meeting King through the Student Commission on Racial Equality (S.C.O.R.E) in her first year at UCSB.

“The first thing he asked me was ‘What do you want to do with your time here at UCSB?’” Gessesse said. “It hit me that someone sees me as more than my purpose of running with a party or running in A.S. or being a 4.0 student.”

King often went above and beyond to make sure that the students he worked with received the attention they needed to succeed, she said.

“There would be days, like even if he’s busy in a meeting, his doors’ window blinds are never closed – they’re open – so you can see in and he can wave at you, so he can acknowledge you,” said Gessesse.

After being accepted into UCSB when he applied in high school, the university rescinded King’s acceptance after he received multiple failing grades during his senior year of high school.

Instead of attending UCSB out of high school, King attended a community college for a semester in order to regain his acceptance from UCSB.

Like many of the students he worked with, King had commitments outside of academics during college. He was a member of the UCSB men’s basketball team, a member of Alpha Phi Alpha, Incorporated, a transfer advisor, a member of 100 Black College Men and worked in the Educational Opportunity Program as well as the Early Academic Outreach Program.

After graduating in 2001, King returned to the university to work as an assistant Judicial Affairs coordinator where he helped the run the judicial process for all university housing facilities on campus.

King then left in 2008 to work as the assistant dean of students at the Claremont University Consortium.

According to King, during his time at the Claremont University Consortium, he created a program called “A Plus,” where he helped give students academic advising.

“There would be days, like even if he’s busy in a meeting, his doors’ window blinds are never closed – they’re open – so you can see in and he can wave at you, so he can acknowledge you.”

“Pretty much the way that I built A Plus was ‘What did I need when I was coming from Compton and Carson to Santa Barbara?‘” King said. “So I created A Plus for me… for 16, 17 year-old LaDonte King.”

In 2011, King departed from the Claremont University Consortium. Four years after that, King found himself, once again, working for his alma mater.

Until last December, King specifically spent his time at UCSB engaging with A.S. senators and executives to aid them in their academic success.

“Especially with regards to politics with such division, the one thing that everyone has in common is school. We’re all here for the same reason. You all are in school. So that’s going to be my thing,” King said.

Although his time at UCSB was greatly appreciated, King made the decision to leave the university to pursue his passion and once again manage his academic advising services.

“I’m so excited about it, I get to focus solely on my passion to work my noble purpose … to be able to solely focus on academic success. It’s like a breath of fresh air because I love this work.”

Presently, King is the CEO of A+ For Excellence and Graduating Champions. While both services offer academic advising, Graduating Champions is catered to student athletes, like King himself, so they can better manage their time between sports and school.

Although King is now pursuing his passions elsewhere, students like Gessesse find themselves reminiscing about their time with him.

“I can’t envision what [students] will experience without him here, because that’s how much of an impact that he had … He was like my muse, my Pandora’s box to understanding my time here at UCSB,” Gessesse said.

He is the best and always had positivity to spread. UCSB is losing a good one.