The Daily Nexus
Opinion
Is the Sunken Place My Safe Space?
February 7, 2019 at 8:00 am by Raymond Matthews 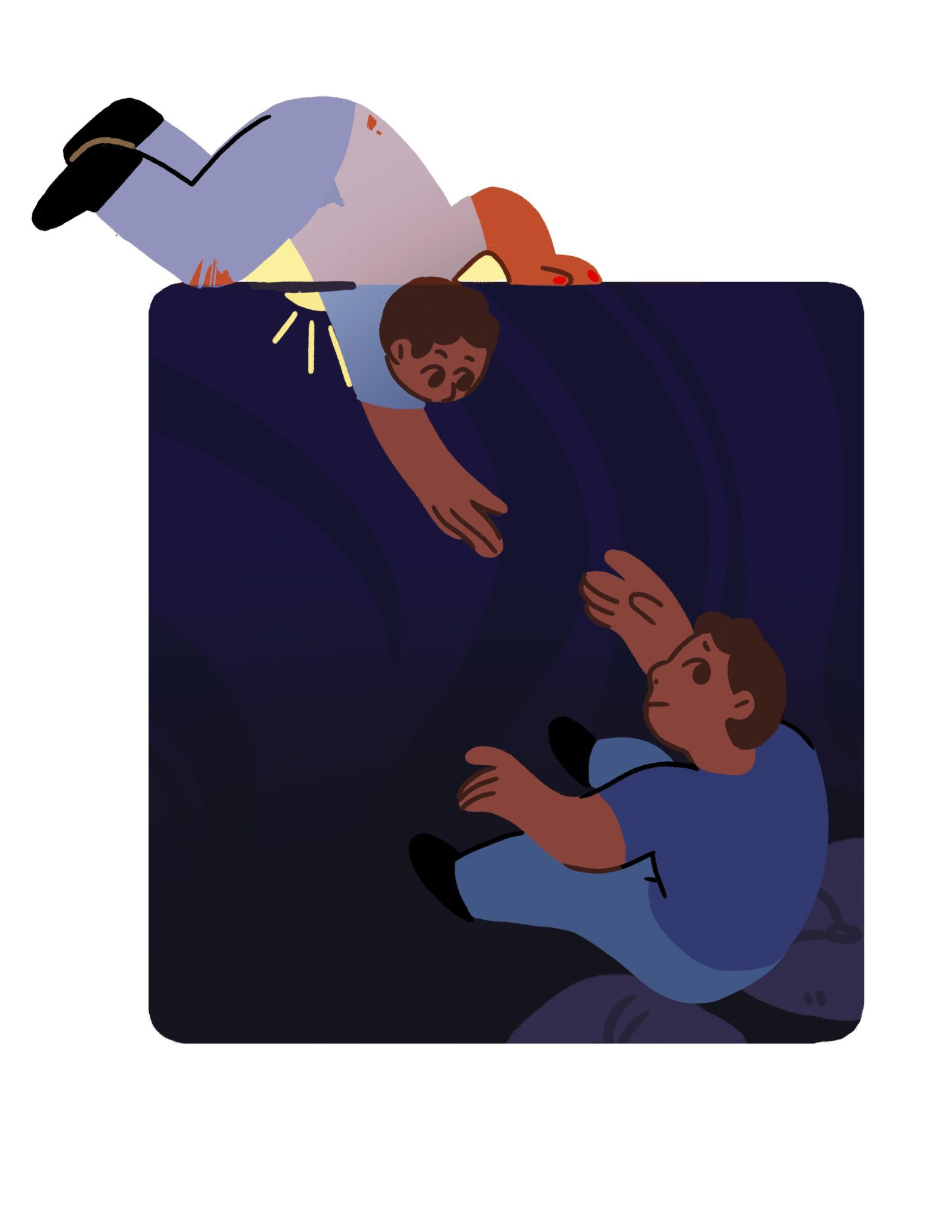 As a genre fanatic, I normally flock to theaters to see the latest horror movie, no matter how terrible the trailer may be. So when I saw the trailer for Jordan Peele’s debut film, “Get Out,’’ I dropped everything, reserved my ticket and, on the night of the premiere, I raced to the theater and anxiously sat through trailers as I plowed through my popcorn.

This film meant a lot to me, not just as a horror fan, but as a black movie-goer, because it was the first time I’ve ever seen a black protagonist that I could relate to in my favorite film genre. But, aside from giving black audiences the representation we craved, “Get Out” identified a piece of the black experience that had yet to be named: the “sunken place.”

The sunken place is a void that black characters were trapped in by the film’s antagonists, where they fell adrift in their minds as their bodies were colonized by white charac- ters. The sunken place is anything but fictional, but unlike “Get Out” would suggest, it’s not a place that black people actively fear or avoid throughout our lives.

In the current political climate, people of color are offered two choices: We can stay “woke,” remaining acutely aware of social injustices, or we can fall into the sunken place. In many ways, this can be therapeutic, as staying “woke” 24/7 requires black people to constantly immerse ourselves in so- cial and political turmoil, which quickly becomes toxic.

I’ll admit that sometimes I fall into the sunken place. I forget harsh political realities and enjoy life unhampered by hostility, which isn’t always a bad thing. However, one can- not stay in the sunken place; in the “Get Out” mythos, one can be snapped out of it with a sudden flash of light. This metaphorical flash represents the jarring events that force people of color to objectively examine society, however un- pleasant this may be.

For me, this metaphorical flash occurred last week, when actor and musician Jussie Smollett fell victim to a violent hate crime. Smollett was targeted by two unknown assailants who beat him, tied a noose around his neck and doused him with chemicals, all because he’s a black gay man. As a gay black man myself, this story suddenly made me very aware of my identity, and the danger that comes with it.

In many ways, this can be therapeutic, as staying “woke” 24/7 requires black people to constantly immerse ourselves in so- cial and political turmoil, which quickly becomes toxic.

Since I heard about this attack, I’ve noticed myself down- playing parts of my identity, or trying to “straight pass,” so as not to draw unwanted attention to myself. By doing things like not painting my nails, wearing less flashy clothes and covering up the things that make me “different,” I fell into a new kind of sunken place.

This new sunken place was no longer a therapeutic one where I unplug from my phone, forget about social issues and just hangout with friends or go to a yoga class. This was a place where I hid my authentic self and allowed fear to control my self expression, much more like the literal sunken place in “Get Out.”

But I was brought of it by another flash of light, when Jussie Smollett spoke out against his attackers. In his first performance since his attack, Smollett told his fans that now is not a time to hide, but to be “blacker and gayer.” This statement forced me to wake up, and I realized that my race and sexuality are among the first things people notice about me — and while I may forget about them in the sunken place, the world never will.

Being black and LGBTQ+ is indeed dangerous. It could make me a target for a hate crimes just like Jussie Smollett was, but it also shapes who I am. His courage in the wake of his attack reminded me to be as gay and black as I want to be, so don’t be surprised if you see me riding a unicorn across campus while blasting Beyonce.

Openly being myself means that I’ll never have a truly safe space, but I’d much prefer that to remaining trapped in the sunken place.

Raymond Matthews wants you to find the courage to express your identity, whatever it may be.