UC Santa Barbara’s Associated Students Senate passed a resolution that made several changes to the student government bylaws, specifically those that affect UCSB’s election board, during its Wednesday night meeting.

The resolution, authored by Off-Campus Senators Rafael Cornejo and Ashley Ng, made amendments pertaining to election regulations, executive vacancies and the election calendar among others. 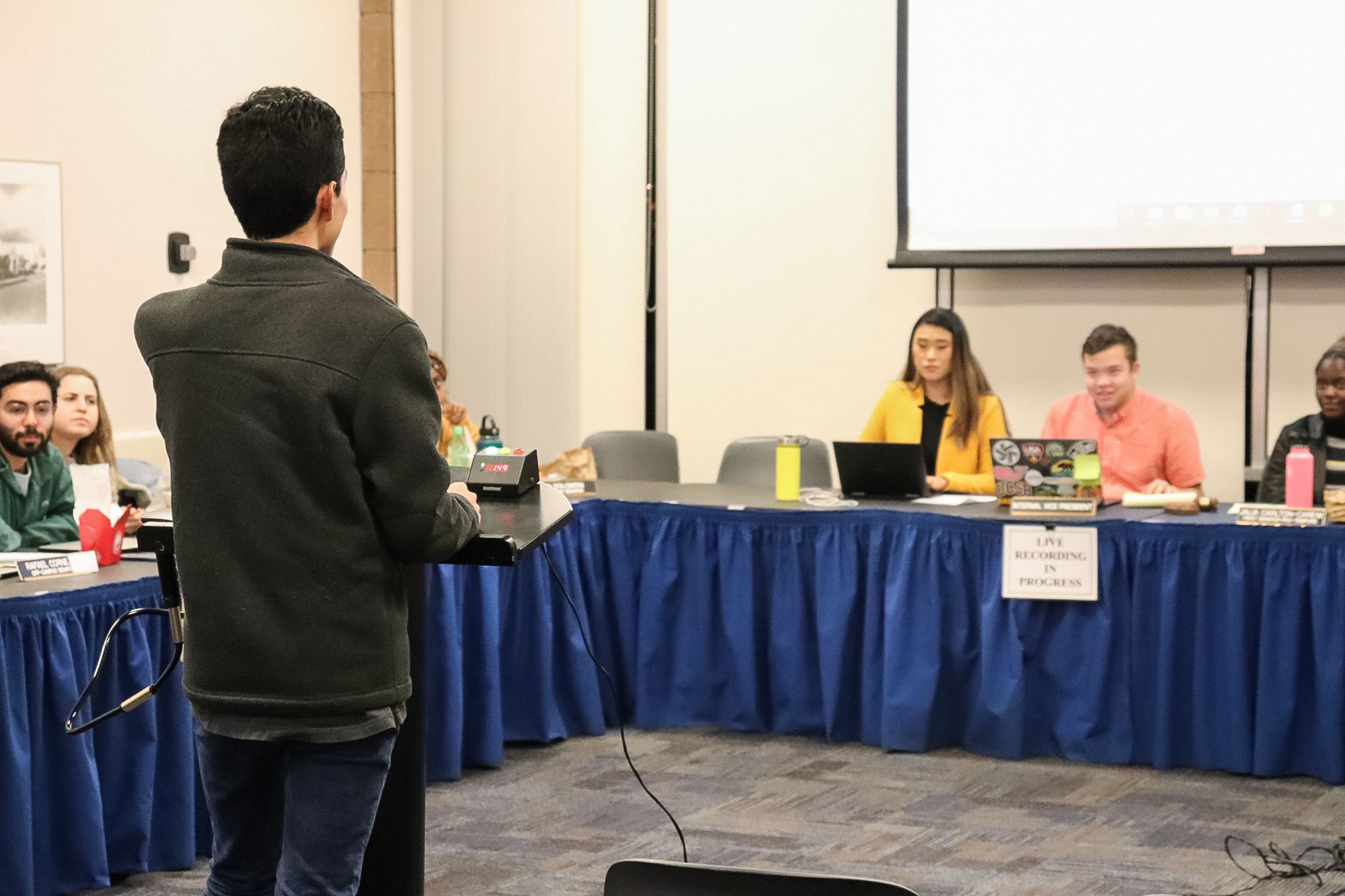 The two serve as the Senate liaisons to the board.

“Last year election calendar was bumped up a week because of the Thomas fire, and unless we face another natural catastrophe, the election calendar should be pushed back to normality,” Cornejo said in an email. “Moreover, these updates are in response to unprecedented events.”

Cornejo, a fourth-year political science and Chicano and Chicana studies double major, said he worked with the Elections Board and its advisor, Ruth Garcia Guevaraok, to make the Legal Code changes.

“Election Board is tasked with the duties of upholding the democratic, and electoral process for ASUCSB,” the resolution states. “Changes to Election legal code [derive] from unprecedented situations and would be best to include into ASUCSB’s by-laws for future reference.”

The changes are split into several parts.

The legal code acts as the governing outline of Associated Students (A.S.), outlining how Senate acts during meetings, what rules candidates need to follow when running for executive positions and so on.

There are more A.S. related articles than ANY other topic in the Daily Nexus yet there is NO A.S. SECTION OF THE WEBSITE. Please please please put these articles in their own area so I don’t have to see it every time you guys put out new articles.