The Daily Nexus
Sports
Gauchos Continue Four-Game Skid With Loss to UCR
February 4, 2019 at 5:26 am by Brandon Victor 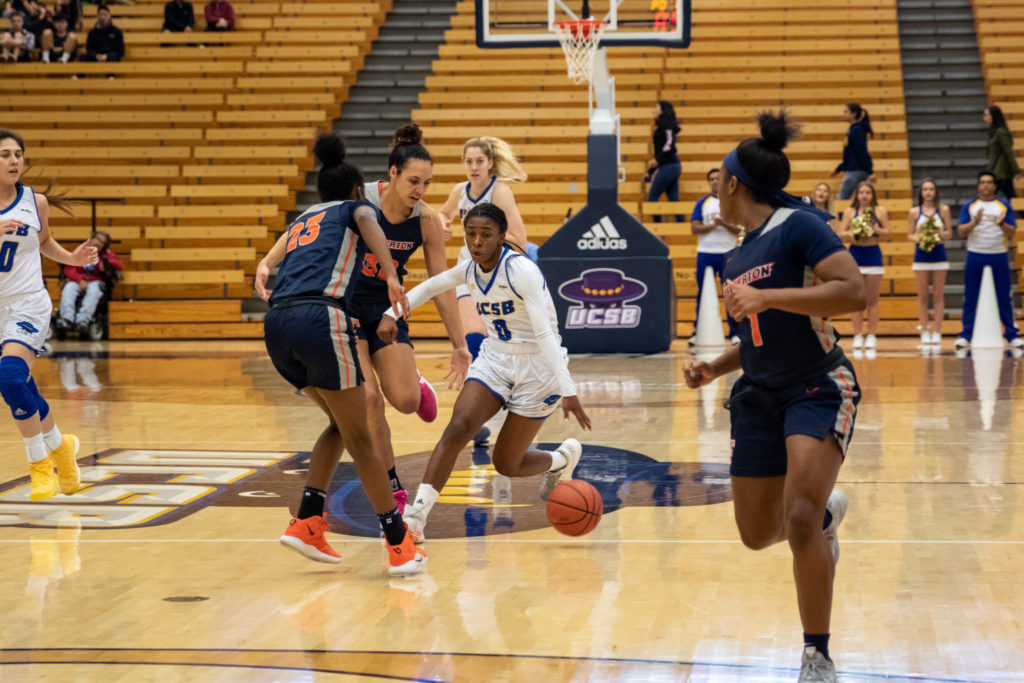 With the loss, Santa Barbara slumps to 4-16 on the season, including a 1-6 record in conference play. Tied in last place with Cal Poly in the Big West, the Gauchos will now need to finish the season strong if they hope to qualify for the conference tournament.

Once again, a slow start proved to be fatal for Santa Barbara. In the entire first quarter, UCSB only scored three points — their lowest point total in any individual quarter this season.

To Riverside’s credit, they came in with a clear game plan: stop junior center Natalia Bruening and force the Gauchos to hit their outside shots. In that first quarter, Santa Barbara only made one of their eight three-pointers, while Bruening missed both of her shots. The Highlanders impressively kept Bruening almost entirely off the scoresheet during the game, with her sole contribution being one defensive rebound.

Without Bruening’s presence inside, the Gauchos were forced to heave up low percentage shots all game. Guard Danae Miller shot 3-15 from the floor, while junior Coco Miller — UCSB’s leading scorer on the season — shot an inefficient 1-12 from the field.

Senior guard Jannon Otto led all scorers on Saturday with 26 points on an impressive 77 percent shooting, while fellow senior Malou De Kergret chipped in 20 points for Riverside. All 73 of the Highlander’s points came from their starters, with their bench only logging a combined seven minutes on Saturday.

With the win, UC Riverside now jumps into fourth place with their 4-3 conference record, and has won four of their last five games after starting conference play 0-2.

While there have been few positives for the Gauchos as of late, Head Coach Bonnie Henrickson will be pleased with the resurgent play from the bench on Saturday.

With Bruening struggling, first-year center Megan Ormiston played arguably her best game of the season, scoring 10 points while also grabbing eight rebounds — seven of which came on the offensive glass. Junior guard Tal Sahar also provided the Gauchos with some offensive firepower from the bench, leading the team with 18 points while also notching a double-double by grabbing 10 boards. For a player that has struggled with her shot much of the year, Sahar shot 50 percent from the floor on Saturday, pacing the Gauchos with her four three pointers.

Still, moral victories can only go so far in sports. While Henrickson and the team staff knew this would be a rebuilding year, the team’s 4-16 record doesn’t look pretty on paper.

Things won’t get any easier this week, when first place UC Davis comes to town on Thursday. With a 7-1 overall conference record and on a six game win streak, Davis will prove to be a handful for a struggling Gauchos squad.

On the bright side, Santa Barbara has nowhere to go but up at this point in the season. With a resilient squad that continues to fight hard every game, look for the Gauchos to bounce back in the second half of the season.