External Vice President for Statewide Affairs candidate Richard Zierer dropped out of the election early Wednesday morning, leaving only one candidate running for a position that has eluded an executive for over nine months. 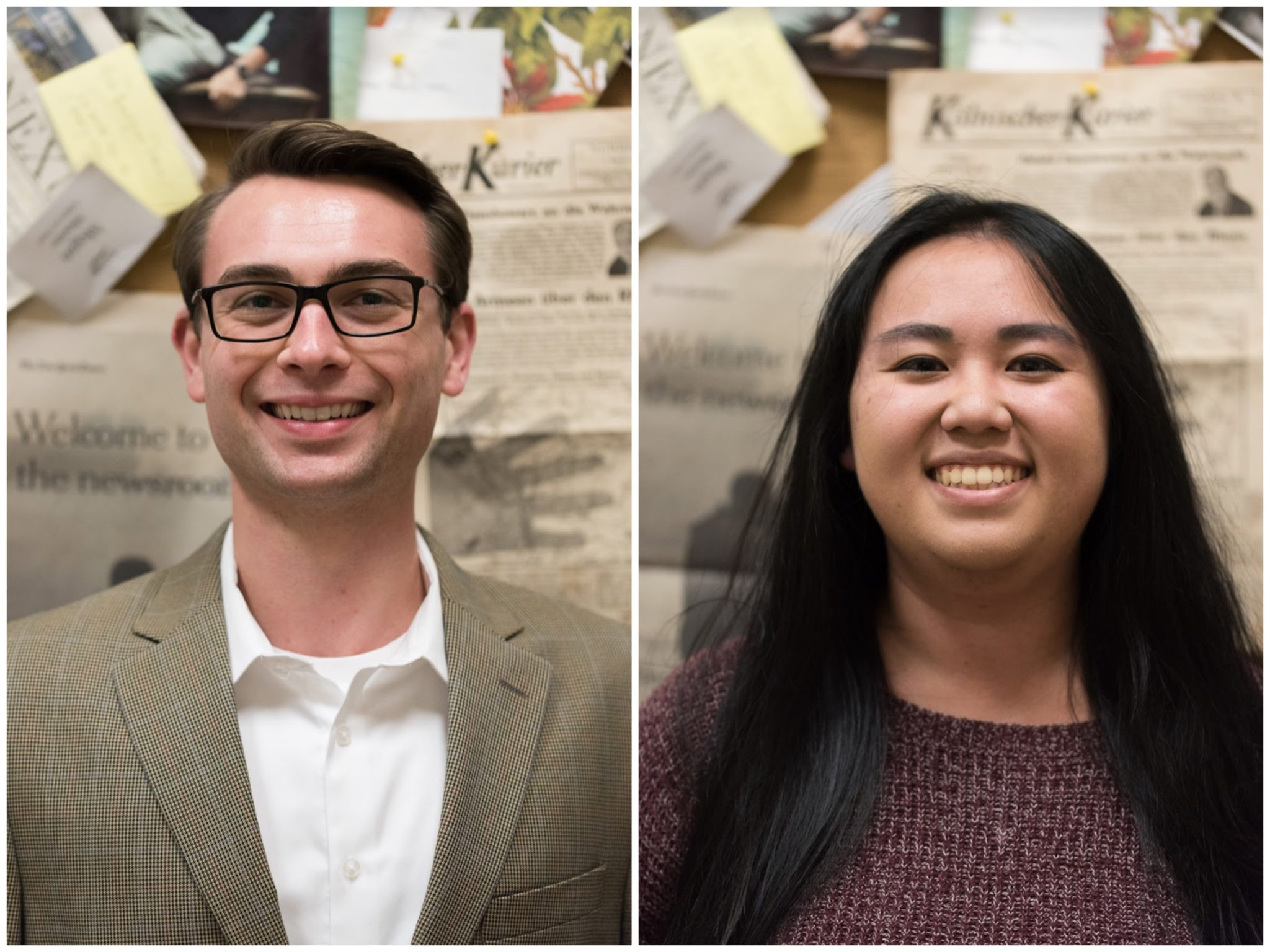 Zierer (left) dropped out of the race on Wednesday, leaving Ng (right) as the sole candidate. Siavash Ghadiri / Daily Nexus

In his email to the Nexus, Zierer did not provide a reason for his withdrawal from the External Vice President for Statewide Affairs (EVPSA) election.

With his absence, Rachel Ng, a fourth-year biological sciences and global studies double major, is the only candidate in the race.

This is the Election Board’s second special election attempt to fill the position following the disqualification of EVPSA-elect Mayela Morales last spring.

In the Fall Quarter special election the 16 percent voter threshold was not met and the sole candidate, spring 2018 runner-up Madeline Loudon, was not voted in. Elections Board said this was likely due to only one candidate running.

Voting for the winter special election opens Thursday on G.O.L.D. At least eight percent of the student body must vote for the election to be valid.

If the election meets the eight percent threshold, Ng will only serve for approximately three months until the winner of the Spring Quarter 2019 election is sworn in.

UCSB will get the leaders it deserves.