Bowman, who spoke at the Isla Vista Community Service District (I.V. CSD) meeting on Tuesday, attributed this to UC Santa Barbara’s winter break, when most of the university’s students head back to their respective hometowns. 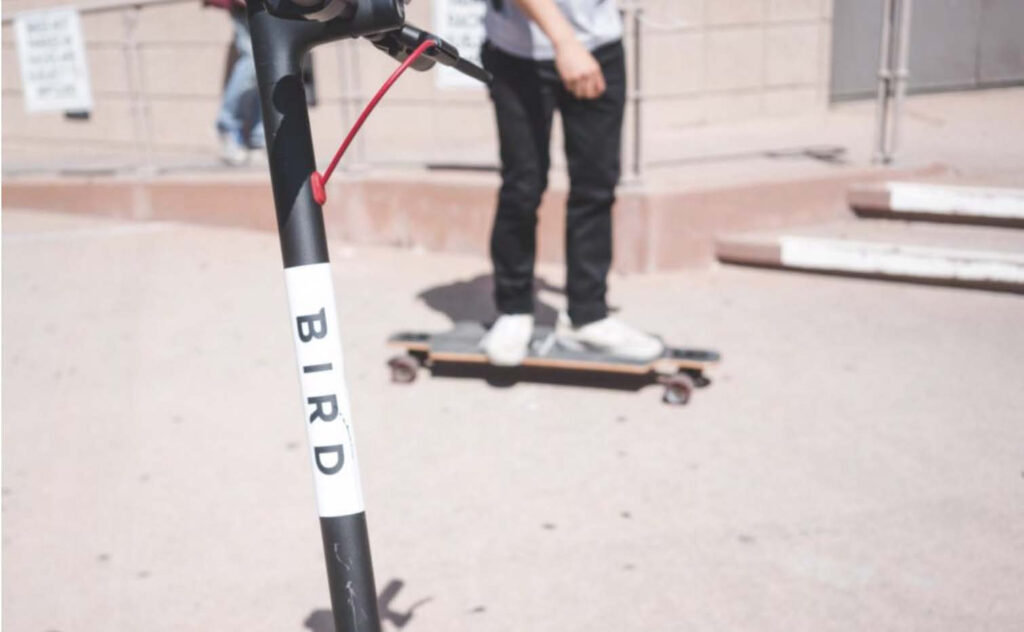 However, both the I.V. CSD and the university have made small steps toward regulating the electric scooters that often end up scattered on sidewalks, in the ocean or on bike paths.

At the I.V. CSD’s Tuesday meeting, the board discussed further problems with the scooters, as well as the county’s proposed regulation of them.

Santa Barbara County first put limited regulations on the scooters back in November, requiring electric scooter companies to obtain encroachment permits to operate within the county’s boundaries among other stipulations.

The companies are also required to monitor their fleets, retrieve the scooters “as needed” and manage the number of scooters out, according to a press release sent out by the county in early November. The changes went into effect early December.

In I.V., the county has also approached the idea of parking zones for the scooters, I.V. CSD General Manager Jonathan Abboud said during the meeting.

The county will also implement an annual permit fee, a monthly per-vehicle fee and an impound fee for the companies to pay.

“The county is going to be a lot more active and they’re kind of tying it to the outdoor space,” Abboud said during the meeting.

He noted that the county is taking some of the I.V. CSD’s suggestions into account.

Additionally, the county has now capped the number of scooters per company in I.V. at 200, according to I.V. CSD Board President Spencer Brandt.

Brandt said that the CSD has also met with Santa Barbara County Supervisor Joan Hartmann to discuss different ways of transportation in I.V.

UCPD faces its own share of problems when it comes to the scooters.

Despite the app’s warning that the scooters are not allowed on campus, a threat of a $200 ticket and UCSB’s strict interim policy banning all of the scooters from campus, the department continues to impound hundreds of scooters, according to Bowman.

Lime recently picked up 147 of their scooters from UCPD, but there are still currently 253 Bird scooters in impound. UCPD charges the company $24 a scooter to retrieve them.

Lime has done a better job than Bird of retrieving scooters and communicating with the university, according to Bowman.

A Lime representative has been in touch with Bowman to set up an event in Isla Vista to teach residents how to safely use the scooters, and has even offered to move Bird scooters off campus, Bowman said.

UCPD is currently discussing what to do with the scooters that are not picked up by the companies within the allotted time frame. For example, the department has discussed the idea of dismantling the scooters and recycling the batteries, Bowman said.

UCSB also created a policy committee in October to discuss how to address scooters on campus. The committee then floated the idea of geofencing the scooters to help with regulation.

“We also continue to keep an eye on statewide concerns and methods of addressing the impacts of the scooters on communities such as ours,” Lofthus said in an email.

“The committee will convene again at some point in Winter Quarter to discuss but that meeting has not yet been scheduled.”

A version of the article appeared on p.1 of the Jan. 10 print edition of the Daily Nexus.