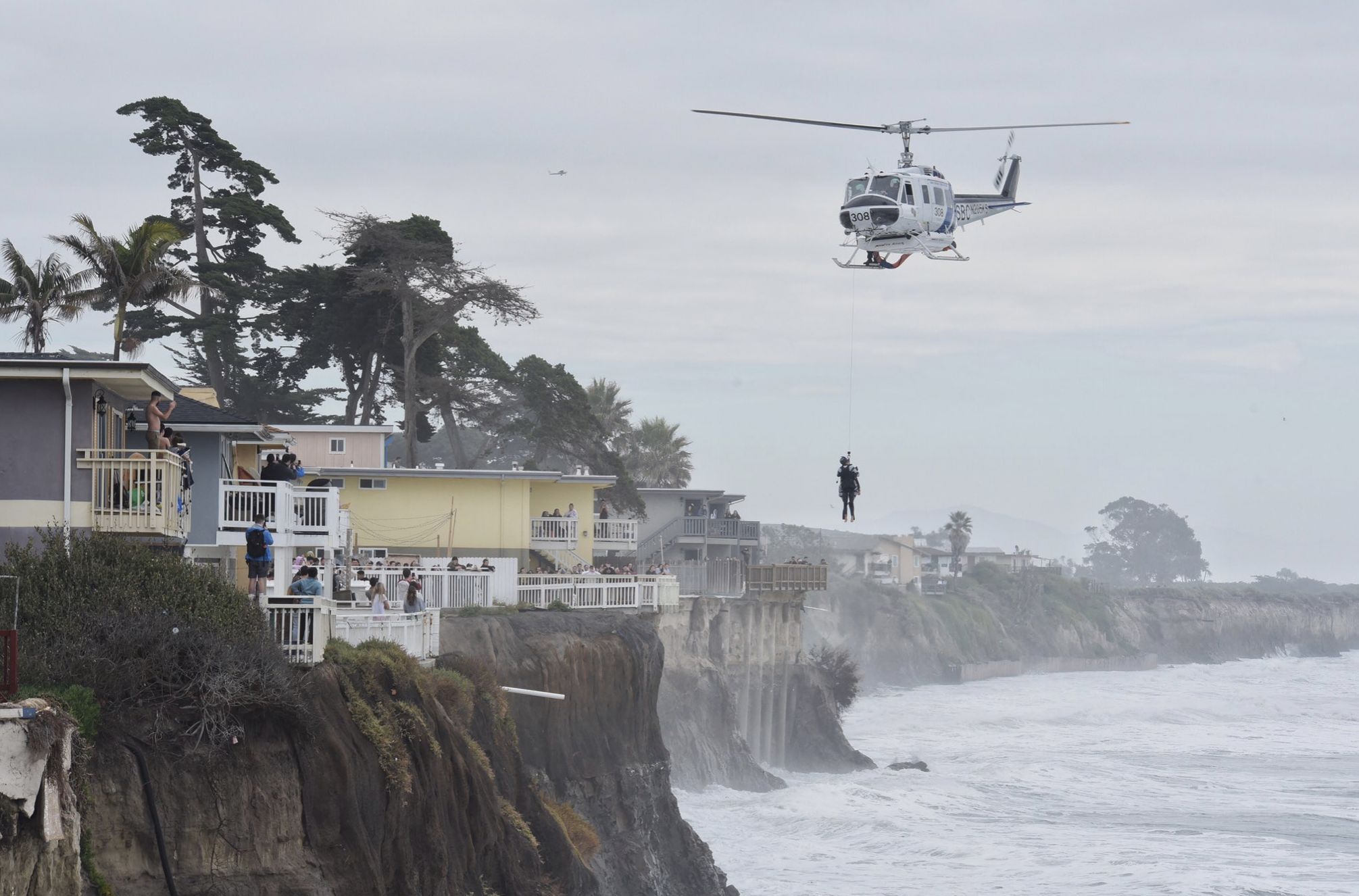 Four rescues were in response to surfers in distress, according to Santa Barbara County Fire Captain Dave Zamboni. All surfers were young adult males in their late teens.

The fifth rescue was for a 67-year-old man, who was not surfing. He was complaining of hypothermia and was refusing treatment as of 11:40 a.m.

The majority of the rescues were executed using jet skis. In one instance, a helicopter was launched from the Santa Ynez airport and rescued a victim who was “stranded up against the cliffs,” Zamboni said.

He said the surf is “extremely high” in SB county today, particularly in the I.V. area.

“We encourage and stress that inexperienced surfers should not be in the water today.”

A video of one of the rescues can be viewed here. Video courtesy of Riley Traut

Correction [1:08 p.m.]: The four males rescued are in their late teens, not early teens, as stated in a previous version of this article.