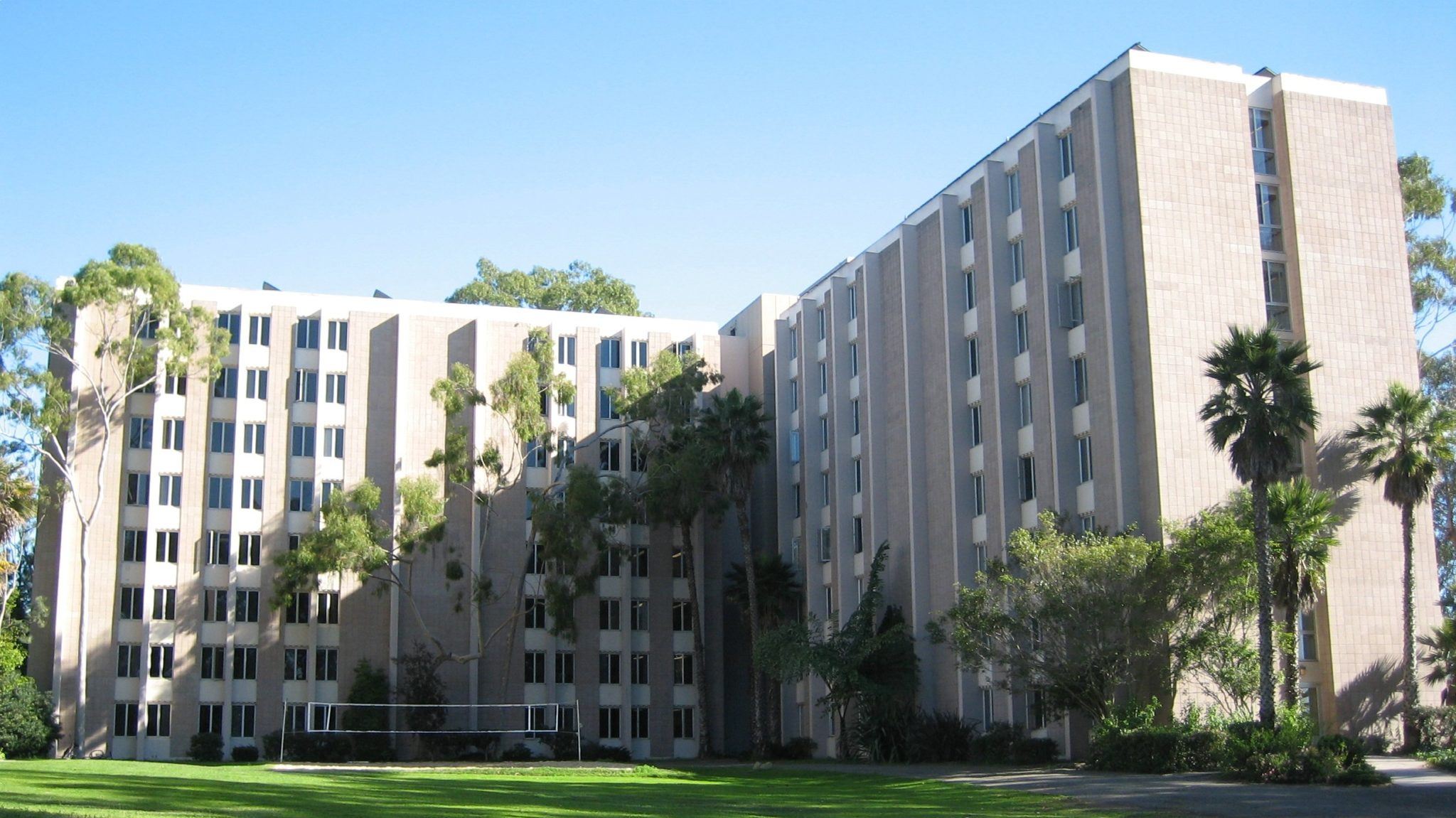 The products are located in all of the Chi-5 residence halls, including San Nicholas Hall (above). Courtesy of Wiki Commons

Rowe says the point of the Period Pantry is simple: to “provide a large amount of free menstrual hygiene products in all female-identified and gender-neutral restrooms in the residence halls for anyone who needs them to use.”

The program provides plastic boxes, located in each of the Channel Island 5 residence halls, stocked with a variety of period products for residents.

According to Rowe, the Pantry began last year in San Nicolas and San Miguel, but it wasn’t until Fall Quarter 2018 that the program began in full with the addition of Period Peers. The peers are student volunteers who are responsible for restocking the restrooms daily.

Each volunteer is assigned to a particular restroom in their respective residential halls. They have a bag of excess pads and tampons distributed by RHA at the ready so they can restock the boxes as regularly as possible.

The Period Peer program is completely volunteer-based. Kaitlyn Medland, San Miguel RHA President and member of the Internal Committee for the Period Pantry, was in charge of gathering volunteers for the program in San Miguel Hall.

The selection process was very much on a first come, first served basis, Medland said.

Medland and Rowe both described the implementation of the Period Pantry as an administrative and student-led process.

After Chang’s initial proposal, all the presidents, representatives-at-large and other special positions from each residential hall gathered to discuss the motion and vote for whether it would receive RHA funding or not.

“The way I see it, the Period Pantry is making the most of our residents’ funds, giving them easy access to a wide range of supplies,” Rowe said.

And thus far, it seems that students are on board with the program, Medland said.

“I’ve actually heard a lot of people say that it’s really neat that we’re offering these supplies,” she said. “We have the free condom boxes and yet we [didn’t] have free menstrual supplies even though … you can’t stop your period.”

We have free condoms and tampons yet we dont have free food even though everyone needs to eat. Make dining halls free!

A lot of delusional 20 year olds out here want everything to be free. Unfortunately, that is not sustainable in a free market society. The PC safe space loving SJW Islam apologists feel so entitled when they are young. However, when they experience the real world and discover that nothing is free, they will have a rude awakening. I blame parents for not disciplining their children and refusing to teach them hard work.