The Daily Nexus
Sports
Zips Aim to Continue Decade of Success with a Championship Finish
December 7, 2018 at 2:00 am by Omar Hernandez 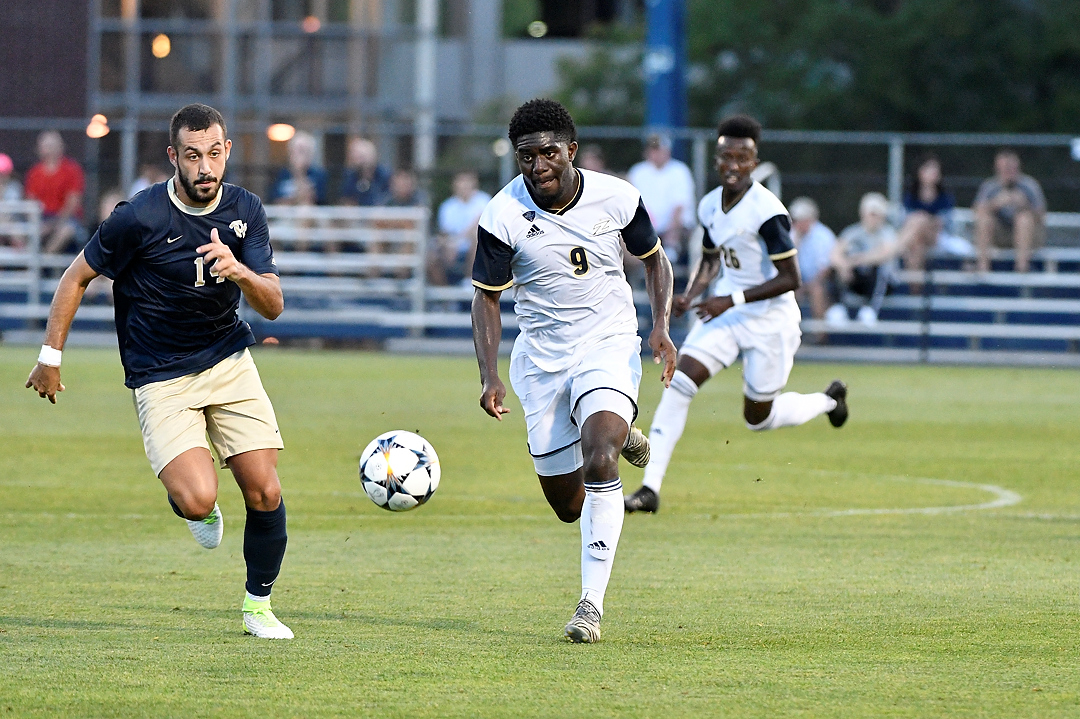 Situated in the Ohio city best known as the birthplace of Lebron James and Steph Curry, Akron University has become one of the most respected schools in the world of college soccer.

Since 2007 the Zips have tallied an NCAA-best 203-42-29 record. Combined with an NCAA championship appearance in 2009 and trophy in 2010, they’ve arguably put together one of the most dominant 10-year stretches in the history of the sport.

Akron also has had the most players selected in the MLS draft in the last 10 years, with big names such as Newcastle RB Deandre Yedlin headlining an impressive set of alumni. After a dominant 2017 season in which they won the M.A.C. conference championship yet eventually fell to No. 1 Stanford in the College Cup Semifinals, expectations were high heading into the 2018 season.

The Zips didn’t quite start off the season the way they wanted to. Early non-conference losses to NC State, Seattle University and Washington didn’t have too much of an effect on Akron’s overall ranking, but the team still didn’t have a winning record a month into the season.

A quick three-game win streak at the end of September, along with big wins over ranked opponents Michigan State and Creighton in early October helped the Zips evade the bottom of the M.A.C. standings.

They ended the conference season with a 1-0 win over SIU Edwardsville and a fourth-place finish in the conference to go along with their No. 14 national rank. Even though three teams finished ahead of the Zips in total points, they finished the season leading the conference in goals (42), shutouts (8) and assists (22).

Akron floated through their conference tournament, outscoring their opponents 8-2 and earning a spot in the NCAA College Cup. The Zips dominated both Rider University and No. 20 Syracuse 3-1 in their first two games. They then squeaked by No. 2 Wake Forest 1-0 to set up an Elite Eight matchup with the No. 2 ranked Stanford Cardinal that had knocked them out of the tournament the year before. Akron ended up getting their revenge and beating the Cardinal 3-2 to advance to the Semifinals where they are now set to take on a familiar foe in Michigan State.

A player to watch in this matchup will be Akron sophomore forward David Egbo. Egbo led the team and conference in both goals (12) and overall points (29), and he will be looking to make a mark in the late stages of the College Cup for the first time in his young career.

The forward made a monstrous improvement of 11 goals and one assist from his freshman year, and although he hasn’t had a breakout game so far in the postseason, he definitely is due.

Junior forward Marcel Zajac has also been dominant on the offensive end for the Zips. Although he is second in the conference in goals (10) only behind his teammate Egbo, Zajac has also taken on the mantle of a playmaker.

The forward led the team in assists this year and was tied for fourth in the conference (8). Although his goal total shows that he is capable of taking and making shots on his own, Zajac has seemingly unlocked another level to this Akron offense by focusing on being a distributor. With Egbo up top ready to knock in any ball close to the goal, Zajac has made sure that his teammates stay involved as well as maintained the synergy between the forwards and midfielders on his team.

This teamwide synergy has been one of Akron’s greatest strengths all season. The team’s game-winning goal last week against Stanford went viral on Twitter, not because of the goal itself, but because of the 34 consecutive passes leading up to it.

“The strength [of this team] is their collective spirit,” Head Coach Jared Embick explained in his pre-Cup press conference. “They’re really together, and they fight like heck out there. When they do that, the talent comes through. When they focus on that fighting spirit and being a team, you see what we could do out there.”

One drawback to this focus on a teamwide offense and more European-style passing is that the Zips’ goal scoring can stagnate when faced with a defense that is content with letting them play with the ball. Against a hungry Michigan State squad making their first appearance in the Final Four in 50 years, Akron will have to be able to push the place and play rougher than usual.

Overall, the Zips seem like a good bet to win the College Cup. The combination of Final Four experience that the players from last year’s team have with breakout performances by their young stars this year makes this one of the most balanced teams in the country.

As they get set to take on a familiar foe in an unfamiliar environment, Akron has a special chance for a storybook ending to a decade of dominance.