The Daily Nexus
Sports
How the Terps Made it to the Final Four
December 7, 2018 at 2:28 am by Calvin Thrift 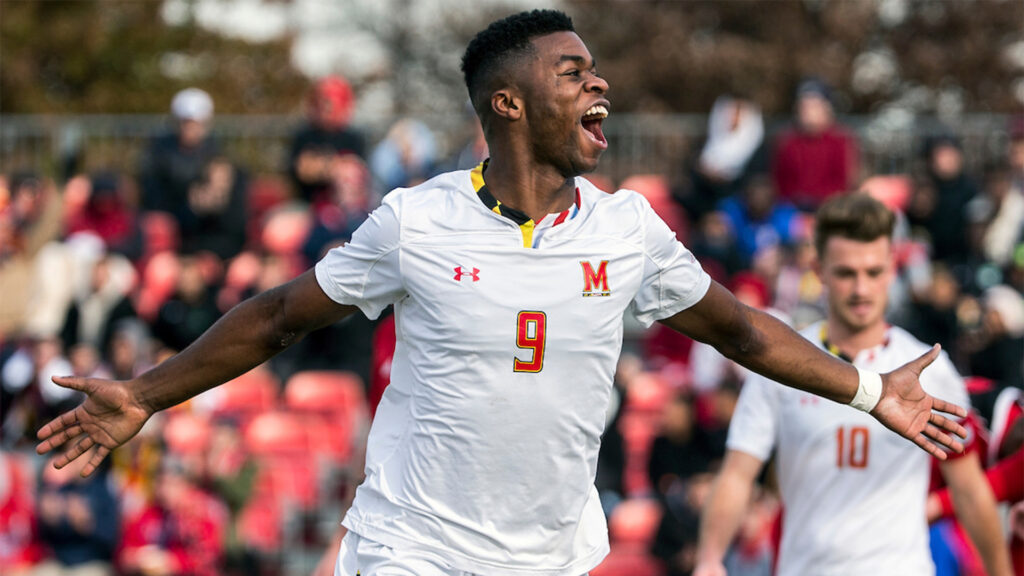 After a five-year drought, the University of Maryland men’s soccer team has again arrived at the College Cup. This year, the Terrapins have made easy work of their opponents through the NCAA Tournament thus far, achieving shutouts in all matches.

Despite the story told by the numbers, No. 11 Maryland has knocked off nationally-ranked programs along the way. Most notably perhaps, is the Terps’ 1-0 victory over No. 3 Kentucky last Friday, Nov. 30. Not only shutting out the third-ranked team in the nation, but also doing so on the Wildcat’s home turf in Lexington demonstrates the momentum Maryland is riding heading into this year’s Final Four.

Given Maryland’s success in the postseason this year, it may be assumed the team has been prospering since the season’s start in August. Contrarily, the Terps didn’t pick up their first win until they hosted West Virginia at home on Sep. 10, roughly two-and-a-half weeks into the season. Prior to its 1-0 shutout win over the Mountaineers, Maryland held a 0-2-2 record. Obviously an undesirable start for any team, the Terps still find themselves at the College Cup, thriving nonetheless.

After the team’s shaky start, Maryland has managed to culminate an 11-6-4 overall record; however, the narrative of the Terps’ season encompasses an element of growth. An overtime loss at home to Big Ten foe Wisconsin in September found the Terps deflated, sitting sub-.500 once again.

The loss came only a week after Maryland earned its second consecutive win of the year to get to .500. Whether or not the Terrapins knew in September that they’d return to racking up consecutive wins when it mattered or not, the team bounced back from the Wisconsin loss, going 9-3-2 to reach the biggest stage of college soccer.

Through their rejuvenation following the loss to the Badgers, the Terrapins mustered a 4-4 record in the competitive Big Ten conference. At the top of the Big Ten, this season is Indiana, boasting a perfect 8-0-0 conference record as part of its 20-2-1 overall record.

Interestingly enough, the Hoosiers are who stand in Maryland’s way now as the two conference opponents are set to face off for the third time this season. This time, though, the stakes are much higher.

Back in October, Indiana defeated the Terps 2-1, but November saw Maryland settle for a 1-1 tie against the Hoosiers in the second round of the Big Ten Tournament. It is since that 1-1 tie that the Terps have achieved three consecutive NCAA Tournament shutouts.

The aforementioned victory over Kentucky stands as the most recent of upsets for Maryland, but a week prior to the taming of the Wildcats found the Terps defeating No. 10 Duke at home 2-0. The Blue Devils had no answer for Maryland, as they were met with the same fate that Kentucky arrived at a week later.

The Terps may have an inclination to spoil opposing fans’ hopes on the road, but Harder Stadium in Santa Barbara will perhaps offer an even greater outcome to be coveted.

Along with two winless games worth of potential revenge, the Terps have the opportunity to knock off the kingpin of the Big Ten and the second-ranked team in the country on Friday night. The Hoosiers will undoubtedly aim to prove why they’re deserving of their unblemished 8-0-0 conference record; however, Maryland is a different, more nuanced team heading into the match.

Led primarily by senior midfielder Amar Sejdic, Maryland boasts a balanced attacking core featuring junior forward/midfielder Paul Bin alongside Sejdic. Sejdic in his senior year has started all 19 games for the Terps and leads the team with six goals off of 54 shots.

Despite the hefty amount of misses implied in the midfielder’s shooting statistics, it’s clear Sejdic is comfortable taking the lead and will undoubtedly be looked for on the offensive side of things Friday night.

While clearly a prominent part of Maryland’s offensive gameplan, Sejdic remains without a goal in this year’s two games against Indiana. Likely drawing ample and deserved attention from the Hoosiers on Friday, Sejdic will perhaps open up chances for teammates like Bin to exploit.

In October’s loss to Indiana, Bin scored the lone goal for Maryland, so he will look to find the back of the net again. With four goals and two assists, Bin sits behind Sejdic in scoring but ranks second on the team in efficiency. In contrast to Sejdic’s 54 shots, Bin has tallied only 26.

While Sejdic and Bin have been responsible for 12 of Maryland’s goals this season, the Terps’ roster holds three other players who have scored at least two goals on the year. This balanced scoring potential, as well as experience, might be expected at this stage of the postseason, but it provides Maryland the luxury to trust their offensive sets and find the net organically rather than play hero ball.

Heading into Friday’s game against Indiana, Maryland has the opportunity to knock out a Hoosier team responsible for two winless matches, but the Terps are playing for much more than revenge. Despite the tantalizing element of revenge, Maryland looks for a more rewarding outcome of playing for the College Cup Championship.

With revenge as well as championship aspirations on the line, the Terrapins will face Indiana at 7:30 p.m. on Dec. 7 at Harder Stadium.