The Daily Nexus
Sports
Bright Road Ahead as College Cup Returns to “Soccer Heaven”
December 7, 2018 at 1:59 am by Brandon Victor 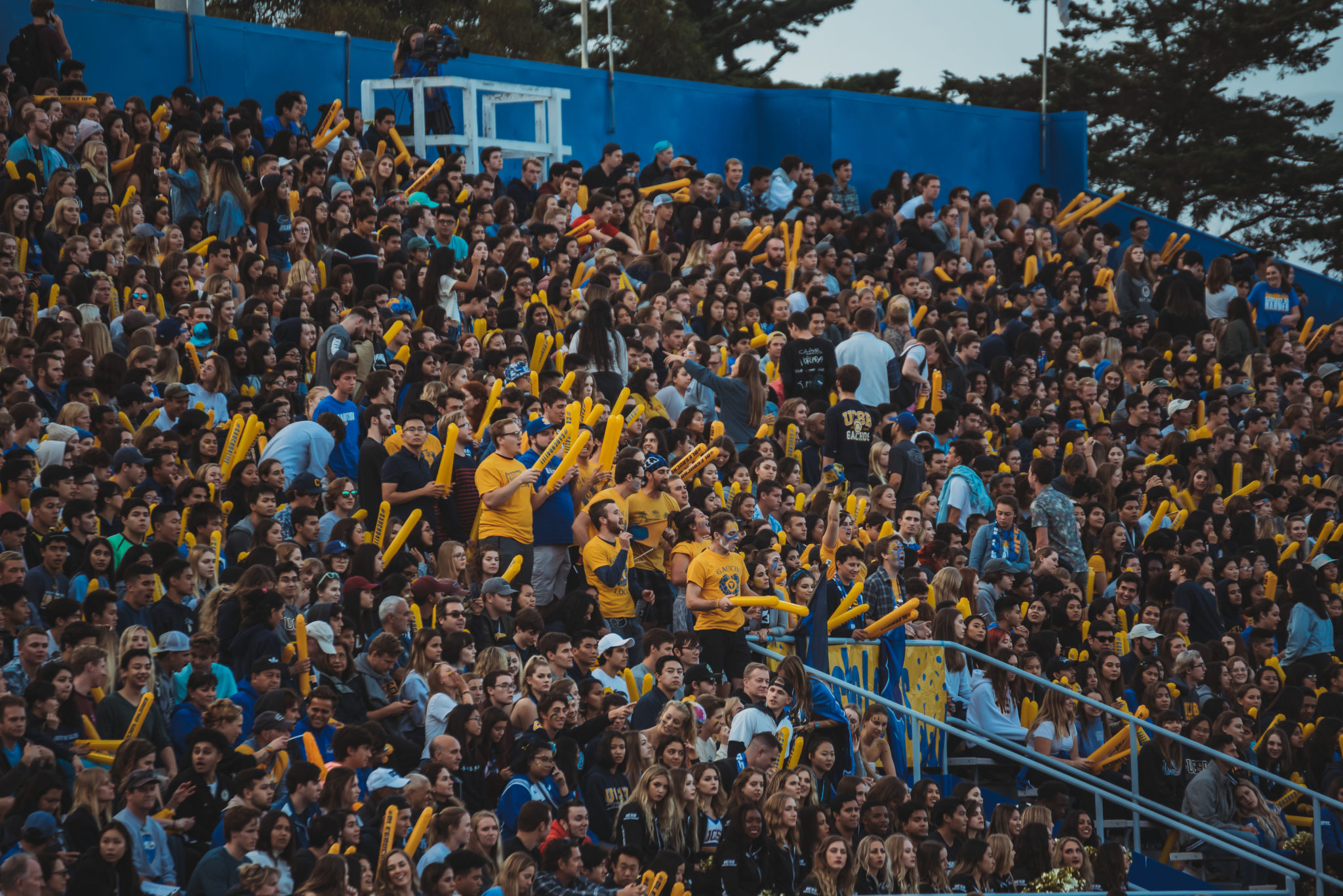 This week, thousands of fans will pour into Harder Stadium to watch a new NCAA men’s soccer champion be crowned. Akron, Michigan State, Indiana, and Maryland will all fly cross country, hoping that this will be their year. But how did Santa Barbara — a school more renowned for its academic prowess than its athletic department — earn the chance to host the most important collegiate soccer game of the year?

In large part, UCSB men’s soccer Head Coach Tim Vom Steeg deserves credit for how far the Gauchos have come. Since his hiring in 1999, the Gauchos have made the postseason 14 times. In 2004, Santa Barbara shocked the nation by making the College Cup final, ultimately falling to Indiana in the final. In 2006, current LA Galaxy midfielder Chris Pontius and the Gauchos raised the trophy for the first time in program history after knocking off UCLA in the final.

In 2010, just before Santa Barbara hosted the college cup for the first time, ESPN.com writer Scott French described Harder Stadium as “Soccer Heaven.” At the time, the Gauchos easily led the NCAA in attendance, averaging more than 6,000 people per game. When UCSB took on UCLA in 2010 at Harder Stadium, the game drew nearly 16,000 people — shattering the old NCAA record by almost 6,000 people. Even this year, in what was at times a trying season for the Gauchos, the team drew nearly 8,000 people for the rivalry game against Cal Poly.

Another big reason for the “Soccer Heaven” nickname stems from Santa Barbara’s location. With Harder Stadium less than a mile from the beach and almost always in ideal weather, it’s not much of a surprise that teams and their fans love coming to the West Coast for the College Cup.

Hosting the College Cup further reinforces what students at UC Santa Barbara already know: soccer is an ingrained tradition at UCSB. For the second time in the last eight years, Santa Barbara will be the center of the college soccer world for an entire weekend.

When UCSB hosted the final in 2010, nearly 10,000 fans came out to watch Akron defeat Louisville for its first-ever title. After the game, Akron Head Coach Caleb Porter — who would go on to coach the Portland Timbers — praised the energy that the crowd brought to the game.

With Santa Barbara hosting both the 2018 and 2020 College Cups, there has been some talk of Santa Barbara becoming the permanent host for this event. While that likely won’t happen, it proves that the NCAA recognizes the legitimacy of UCSB as a soccer program.

Unfortunately, the UCSB men’s soccer team will not be competing for the title this year. Despite going undefeated at home during the regular season, the Gauchos were upset in the first round of the Big West tournament by Cal State Fullerton.

Still, there is reason for optimism for the future. By hosting the College Cup, which will be televised on ESPNU, UCSB will become more of a household name when it comes to soccer. Ideally, this will help Vom Steeg bring in highly-touted recruits and replenish the talent pool of the squad.