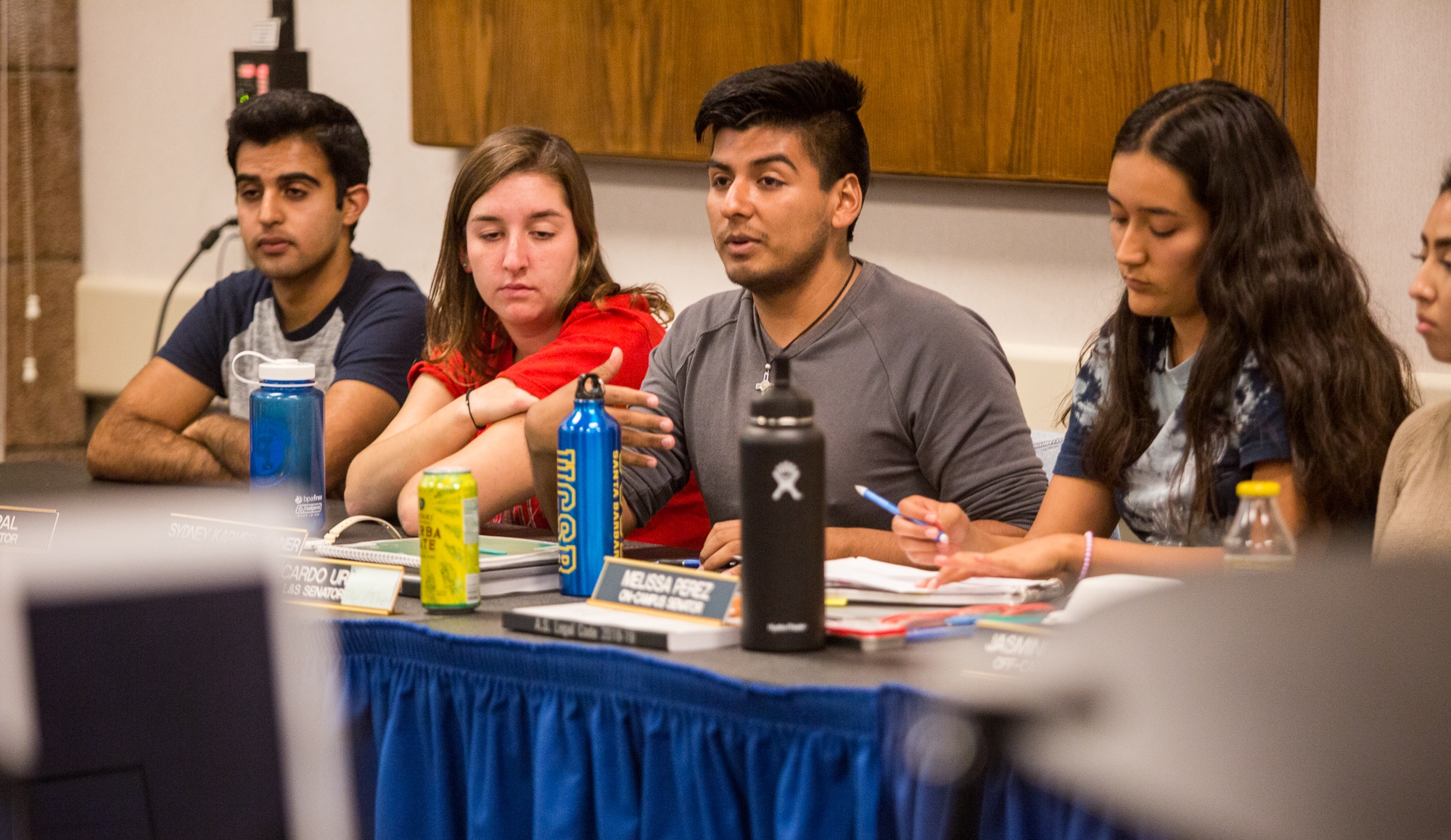 Kopel had been in charge of appointing four members to the Council this quarter, an interesting task given that Council seats are usually held until the member graduates.

“I’m super excited for you to all hear from my Judicial Council nominees,” Kopel said during the meeting.

“[Committee on Committees] provided me with several really qualified applicants, so it was a hard call, but I’m very, very excited with the three applicants that I have chosen from CoC’s recommendation.”

The nominees spoke about their qualifications and potential conflicts of interest to the Senate, which then voted 17-1-3 to confirm the appointments.

Nasiri, an undeclared first-year, said she has no conflicts of interest that would interfere with her job on the Council.

Nguyen, a third-year history major, is a part of Mock Trial at UCSB and Vice President of the Phi Alpha Delta Pre-Law Fraternity. He said he has no declared conflicts of interest, as he had joined Mock Trial after Kopel left.

“When I was growing up, I talked a lot. The only thing my mom told me to do was go into law,” Nguyen said, “[during high school] I was in Mock Trial, Model UN … I love the judicial process.”

“I am really good at working with people; I’d like to think that I’m a people person… I believe I have a strong work ethic.”

Marron, a fourth-year political science and communications double major, said she also has no conflicts of interest. Along with Nguyen, she is part of the Phi Alpha Delta Pre-Law Fraternity.

“I’ve seen what the school is, especially what the students kind of want, as well,” she said.

“I’ve worked closely with the student body… I’ve been on the student faculty committee for about two years now and work in the Office of Judicial Affairs, so I see the administrative side and the student side, as well.”

Nilsen, a third-year computer science major, previously worked as a solicitor general for the A.S. attorney general’s office. He was not present at Wednesday’s meeting to speak.

The Senate previously questioned Nilsen’s ability to be impartial, given that his time on Mock Trial overlapped with Kopel’s.

However, they approved him on Wednesday night.

Before Wednesday’s meeting, only one student, second-year history of public policy and political science double major Raymond Alonso, sat on the council.

Because it was unable to meet quorum, two petitions – one regarding alleged campaign violations by Campus United (CU) during the Spring 2018 Elections, and another that would reinstate External Vice President for Statewide Affairs (EVPSA)-elect Mayela Morales – were left unaddressed.

The Council will now choose a chair amongst themselves and submit their choice to Kopel, who will approve it, Kopel previously told the Nexus.

The fact that they couldn’t even get 4% of students to vote in the election shows that no one cares. Student council’s are a joke.