The Daily Nexus
News
“Why They Were Yelling”: USAS Holds Documentary Screening for UC Worker Awareness
November 28, 2018 at 5:10 pm by Amira Garewal

UC Santa Barbara’s United Students Against Sweatshops held a documentary showing on Monday eventing in the MultiCultural Center, aiming to bring awareness to the treatment of UC workers on campus following the union strikes last month.

The event, titled “Why Were They Yelling,” consisted of a short documentary screening followed by a panel discussion of student union interns and UC workers telling their stories. 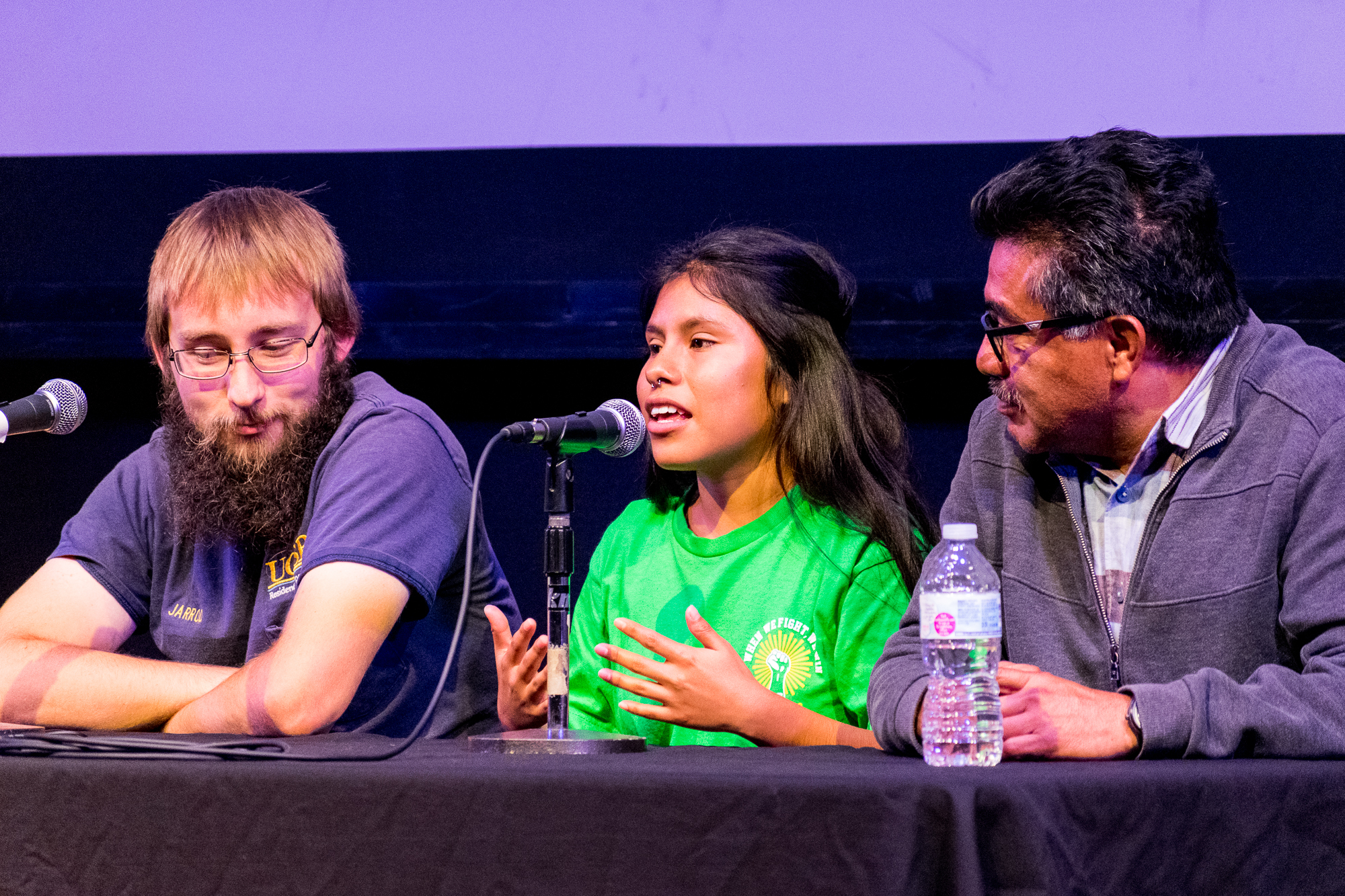 “This event was created in response to a lot of questions that people had [regarding the union strikes],” Isabella Liu, vice director and head of publicity USAS, said.

“We just wanted to educate people and give them a space to communicate and open up dialogue where dialogue hasn’t been opened.”

In October, several hundred UC workers went on their second strike of the year. The workers, represented by the American Federation of State, County and Municipal Employees (AFSCME), protested low wages and job outsourcing, among other issues.

AFSCME is the the largest union of UC employees in California.

Juan Donato, a lead groundskeeper who has worked at UCSB for 35 years, spoke during the panel about the strikes and working at UCSB.

He said he found the AFSCME union to be a channel through which his voice could be heard.

Anna Fabian, a fourth-year AFSCME intern, spoke of learning about the labor movement as she went through her four years at UCSB.

“Coming to UCSB, I didn’t know much about the labor movement and I didn’t know about the hypocrisy that happens here,” Fabian said. “We learn so much in our classes about the mistreatment of workers, but it’s happening right outside our classrooms.”

“After you learn so much about what is happening, you can’t just turn around and not do anything about it.”

One-fifth of UC workers have faced discrimination in the workplace based on their cultural background, one-third reported not being paid overtime and one-half reported being overworked, according to a survey conducted by USAS.

Similarly, the majority of workers reported not being paid a living wage.

AFSCME members said during the panel they will continue to push for change, despite the fact that no changes came out of the October strikes.

“We may not be able to see the results in our time, but it’s the legacy that I want to leave,” Donato said.

“For my children, for the children of my grandchildren — in the long term, it is going to be worth it.”