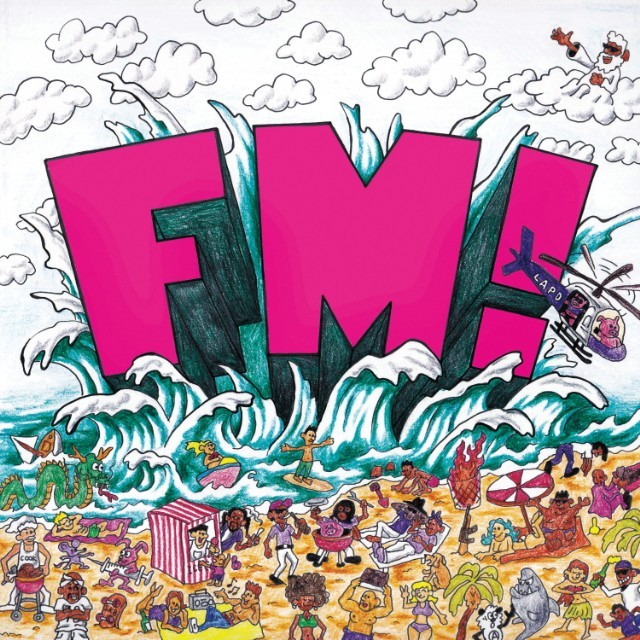 “I was about to tell y’all FM! is not an album, but I don’t even know what an album is anymore so I’m just about to eat some catfish,” Long Beach’s own Vince Staples tweeted days after the release of FM!

Anyone who knows anything about Staples is familiar with the blunt, troll-like humor he expresses so casually. How could we forget the GoFundMe he created, where he’d “shut the fuck up” and quit rapping if the campaign reached $2 million, a smart publicity stunt for the release of his single “Get the Fuck Off My Dick.” He’s staked his claim in the hip-hop world for his brash character and sardonic wit — for simply being his naturally entertaining self. It’s no surprise the rawness of his persona easily matches what he brings to the table artistically. Despite oozing a cool-like confidence and carefree attitude in real life, his music reveals to his fans the fears and concerns the rapper holds.

FM! was dropped with little forewarning from the artist until its release on Nov. 3. This marks his third official album, and he clocks in at 22 minutes with nine tracks and two interludes. Despite a short time span, Staples does not disappoint. The entirety of the album is disguised as a radio channel (hence the album title), intended to emulate LA’s own Real 92.3 radio show Big Boy’s Neighborhood.

Staples delivers his familiar relaxed flow of rapping over hype beats and sounds, and distinctly captures the essence of what it feels like to be cruising the West Coast in 90-degree weather. Radio snippets and interludes smoothly transition each song to the next, and for a second you forget you’re not actually listening to a radio station in the car. However, amidst the block party-esque tracks and summertime vibe underlies something much deeper.

Staples flawlessly presents this dichotomy of a pleasant, California summer with the unspoken dangers and gloom that come attached with it. For example, in “eels Like Summer,” there are all the many elements of a club banger — the beat, the rhythm, Ty Dolla $ign’s catchy chorus. “Let’s go ahead and make you feel like summer,” the song begins. But Staples immediately detracts from the tone with his nihilistic verses, rapping “we gon’ party ‘til the sun or the guns come out.” He calls attention to the dangerous reality of life in his neighborhood, even in a place that appears to be in a constant state of sunshine.

The dark, bleak content is masqueraded over Kenny Beats’ heavy, energetic production — a stark contrast from the electronic wave the LBC native was on with Big Fish Theory. The instrumental is energetic and it’s definitely the gap-toothed rapper’s most radio-friendly album due to its commercial sound. However, if you only scratch the surface of the songs, you’ll miss the realness Staples pours into his music. The harsh realities of his upbringing should not go unnoticed when recognizing his artistry, as the two go hand in hand.

We’re treated with an interlude from Earl Sweatshirt in the middle of the album, a 23-second clip that only leaves fans begging for more (Earl, please, we need a full version). Next, we transition into “Run the Bands,” where Staples details his career pursuits and accomplishments over sinister, eerie background instrumentation. The lead single,“FUN!” alludes itself as a poolside banger, before we learn what the acronym really stands for.

After another interlude featuring Tyga, the album closes on a somber note with “Tweakin’.” Here, Staples reflects on how death surrounds him in a voice so low, it merely sounds like he’s conversing with his audience, mirroring the melancholy of the song’s subject. The song also features Kehlani’s captivating R&B vocals during the hook.

FM! is yet another testimony to the greatness of Vince Staples. The West Coast rap connoisseur never fails to remind us of his roots. He effortlessly jumps from track to track, giving us various moods, tones and auras that show off his numerous talents and skills. It’s his thought-provoking creativity that puts him one step above the rest. Despite claiming that FM! lacks any particular concept, the illusion of an afternoon radio station makes this album unique, and certainly leaves the listeners tuned in.